3 Examples Of "Slice Of Life" Anime

Who would've thought a peek into the everyday life of a character would be so good?! 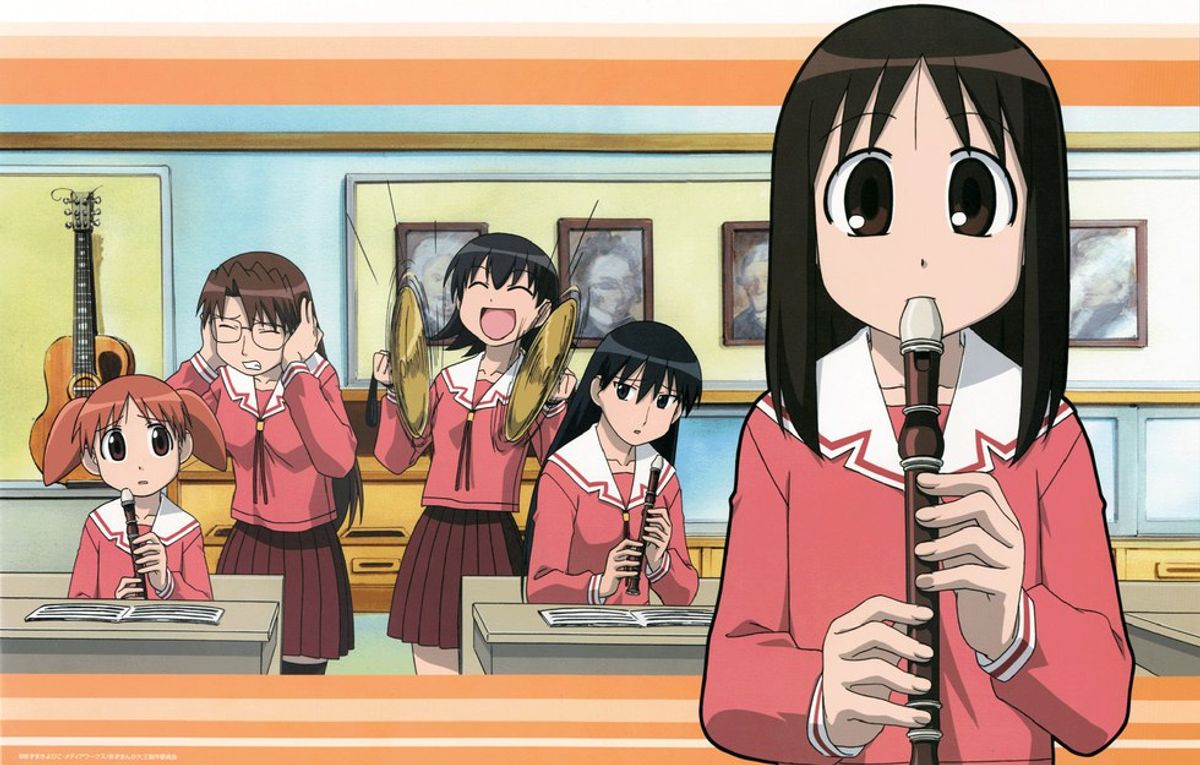 Behind the Nihon Review (Wordpress)

Like in any entertainment medium, anime is packed with several different genres to choose from, each with their own specific audience that they try and cater to. You’ve got your sports enthusiasts who are really into sports anime, despite how unrealistic some of them are *cough* ”Kuroko’s Basket” *cough*. And then you have more generic genres like action, adventure, or comedy. Many shows fall under the umbrella these genres have created. But, you’ve also got your shows that fall under the “slice of life” category, something that casual anime watchers might not be super into at the get-go.

Now, you might be wondering what the hell “slice of life” is, and it’s pretty damn self-explanatory. It’s literally a slice out of someone’s life. Shows that are referred to in this genre tend to be somewhat slower pace and take time to portray things in certain characters' lives, whether it be in a realistic academic setting, or something completely unreal and fantastical.

This genre has become one of my favorites over the years. There’s something very cathartic about watching people go throughout their days, living their lives to the best of their ability (or not) and the struggles that may or may not follow. Maybe that speaks to my lack of “having a life,” or maybe not. But either way, I really love the genre.

There are plenty of shows that fall into the slice of life category. And I figured this would be as good a place as any to share them!

Perhaps my all-time favorite of the genre, “School Rumble,” follows a menagerie of people going throughout their high school days. It’s filled with a lot of comedy and some surprisingly dramatic storylines, though it’s mostly all jokes. So if you like jokes and the occasional dramatic, life-altering events peppered throughout, I highly recommend “School Rumble.”

Now while “School Rumble” is my favorite slice of life anime, this is just one of my favorite anime ever. Much like “School Rumble,” it is about people in high school, but it follows the story of a young man by the name of Tomoya Okazaki. It takes a look at his life as he comes into contact with a strange girl named Nagisa.

This show is much more dramatic than you might originally expect. If you do end up watching the show, prepare yourself for the crippling feels. To date, this is one of the most emotionally wrecking shows I’ve seen. But, by the end, you’ll feel incredibly rewarded for having finished one of the most well-constructed anime of all time.

3. “The Melancholy of Haruhi Suzumiya.”

Now, this show is honestly just ridiculous. It’s hard to put into words just what this show is about, because at times it’s about nothing, and then it’s about everything. Like the two previous shows, it takes place in a high school setting and follows a young man who has just started in his first year of high school. He comes into contact with one Haruhi Suzumiya, a girl who’s only interested in people who are extremely abnormal, stating she only wants to talk to “aliens, time travelers, and espers.” Spoiler alert: She finds them. Or rather, they come to her. And you wouldn’t expect it, given the content of the show.

Haruhi forms a club for those people to come together, and when they eventually do, a whole lot of the nothing/everything happens. To see just how ridiculous the show can be, I highly suggest you watch it if you haven’t already. And when you’re done, watch the movie and be confused to no end. Trust me, it’s a lot of fun.

So, that’s slice of life. There are a lot of forms that it can take, and there are plenty of shows that pull it off well. Now I’d be interested to hear your thoughts on the genre! Favorite series? Least favorite? Do you even like the genre?! I’d love to know!

Nicole Marie Nigro
Individual Creator
1793
c1.staticflickr.com
Where to start...... Let me start with the cliche that life throws us curveballs and what we do with it is what counts.