What No One Tells You About Leaving New York City
Odyssey
CurrentlySwoonLifestyleHealth & WellnessStudent LifeContent InspirationEntertainmentPolitics and ActivismSportsAdulting
About usAdvertiseTermsPrivacyDMCAContact us
® 2023 ODYSSEY
Welcome back
Sign in to comment to your favorite stories, participate in your community and interact with your friends
or
LOG IN WITH FACEBOOK
No account? Create one
Start writing a post
Lifestyle

What No One Tells You About Leaving New York City

You'll dream about going back every. single. day. 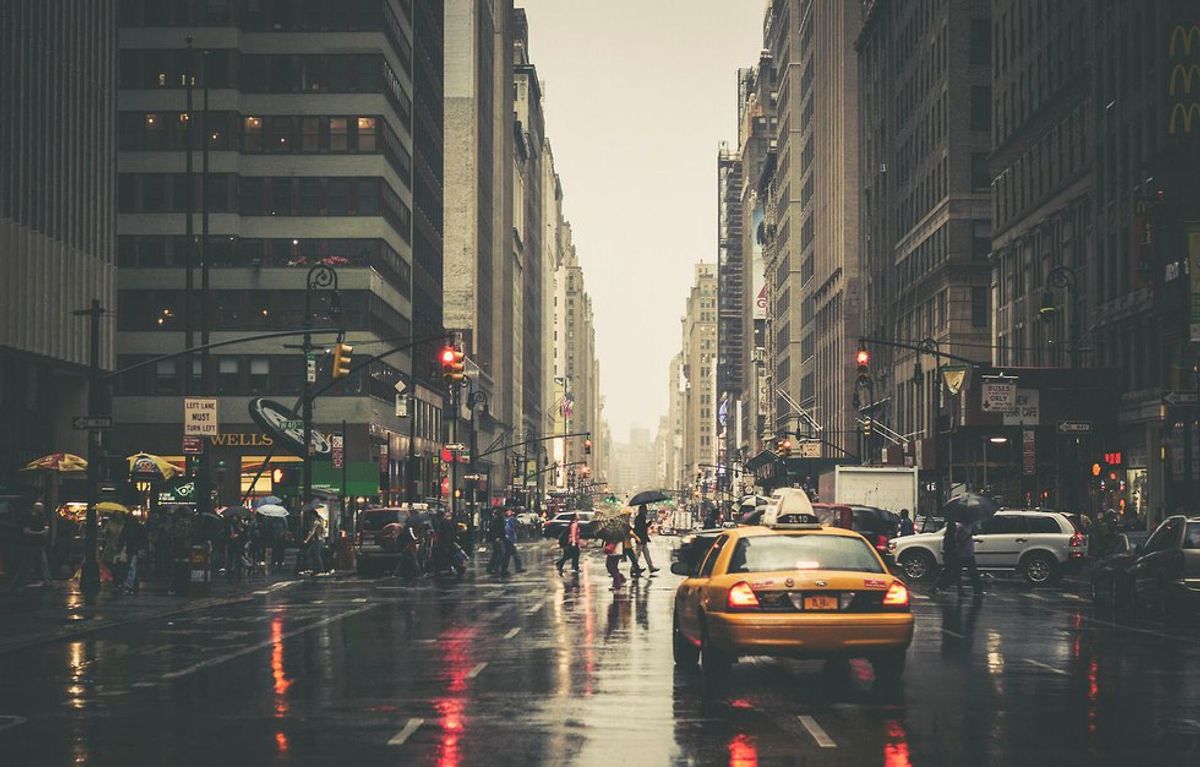 I've had the opportunity to spend the last two summers in New York City, and every time I have to leave the comfort of the "concrete jungle," my heart breaks. New York isn't just a city -- it's a culture, a way of life. It's a place you can go to be accepted, appreciate beauty and eat s'mores french fries at all hours of the day. Leaving New York City comes with some major adjustments in addition to the heartbreak.

1. Every other city's metro system sucks

You may think nothing could be worse than a delayed 1, 2 or 3 train, but you've yet to experience the tangled, confusing web of a subway system literally anywhere else.

The picture says it all.

3. Living in a place with skyscrapers, a body of water and huge parks is actually pretty rare

Nothing compares to a day spent lounging in Riverside Park, even if Jersey looms in the background.

4. No other place in the world compares

I've travelled to seven different countries, seen several cities from thousands of feet in the air and even lived in one of the most beautiful cities in France, but none of them can hold a candle to New York City. I'm constantly stunned by the New York City skyline and the unique way of life.

A lot of people actually think it's kind of rude. Weird.

6. You actually have to hold doors and make eye contact everywhere else

...Even when you're hungover and late to work. I know.

7. People will question why you're wearing all black

8. People will hate when you brag about New York

People get pretty sick of your stories when they all start with, "When I lived in New York..."

9. Cabs don't just wait on the sides of streets ready to take you anywhere you want

You actually have to call them sometimes. Craziness.

Don't expect to stay out until 4 a.m. or later. Last call usually happens just before 2 a.m.

12. If you find a food place open past 2 a.m., it will be disappointing compared to drunk NYC pizza places

The obsession with New York City pizza is 100 percent justified, trust me.

13. You'll even start to miss the chaos of Times Square

That's when you know.

Believe it or not, thousands of other cities exist that aren't New York. Referring to it as "the city" might make some people wonder if you mean Boston or Chicago. Heartbreaking, I know.

15. You will dream about wanting to go back every. single. day.

You'll stare at your New York City skyline phone background and dream about finally being back. You'll completely plan out your future apartment, wallpaper and all. You'll spend hours searching for internships or jobs literally anywhere on the island of Manhattan. You won't be satisfied until you're finally back.

Nicole Marie Nigro
Individual Creator
7997
c1.staticflickr.com
Where to start...... Let me start with the cliche that life throws us curveballs and what we do with it is what counts.