What Is Next For Brock Turner?

What Is Next For Brock Turner?

The sexual assault convict has been released from jail, and no one is happy about it. 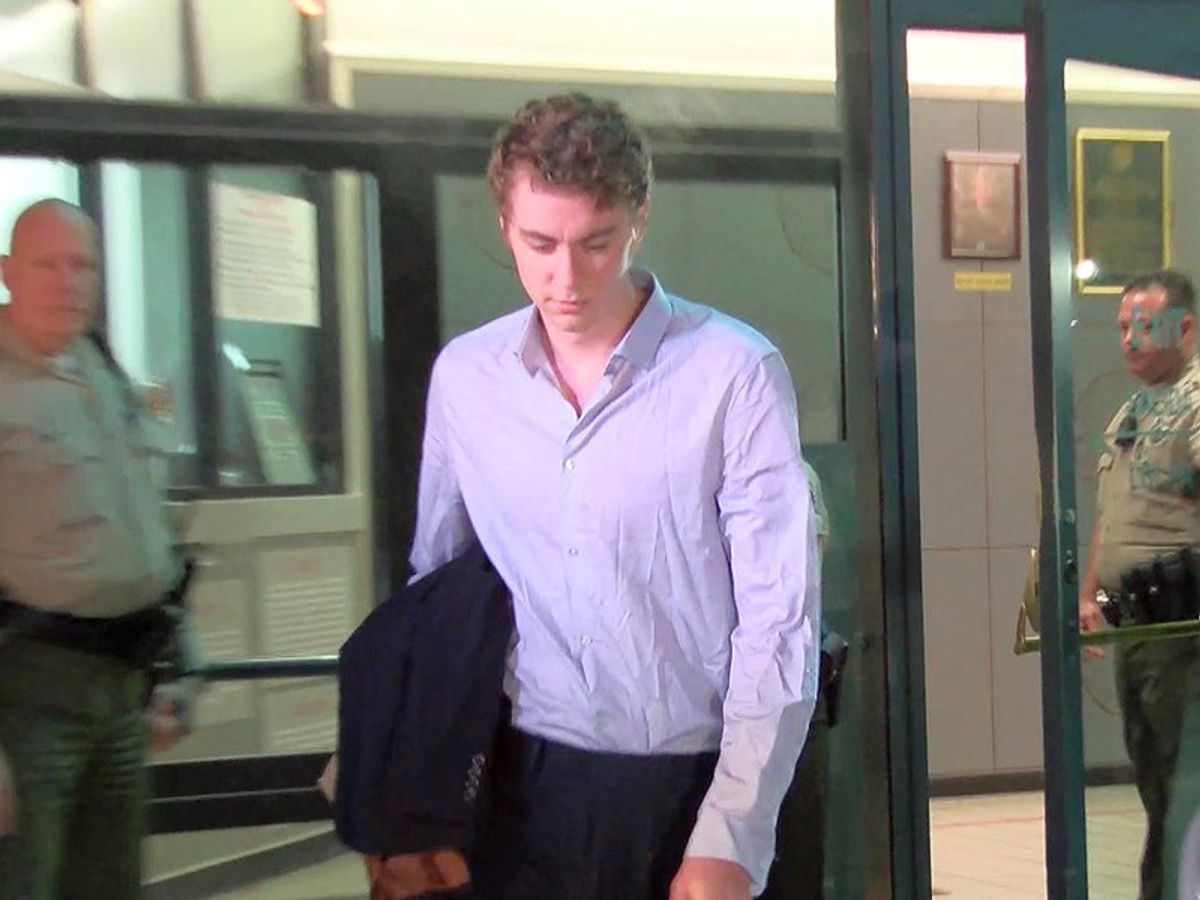 As I sit here writing this article on September 2, 2016, Brock Turner is being released from jail. Why is this a big deal? Because this means that after being convicted of sexual assault, Brock Turner only served three months of his original six month sentence. Already, the six month sentence was laughable. The crime Brock Turner committed was heinous, violent, and despicable; it warranted years in prison. There are lots of people who committed non-violent crimes that served longer than Brock Turner. For example, Martha Stewart served more time than him.

Back in June, I penned a letter to Brock Turner and his family, asking for them to accept their role in ruining a young woman's life, and to help speak out against sexual assault instead of trying to play the victim card. In a few short hours, Brock and his family will have that opportunity. The whole world will be watching to see what their next move is, and while I in no way want another person to be harmed again at the hands of Turner, a small part of me hopes that he will mess up again. This part of me, the angry, human part of me, wants his life to be worse, because he got off easy.

So, what is next for Brock Turner? His professional swimming career ended before it could even start, as USA Swimming has banned him for life due to his conviction, stating "USA Swimming strictly prohibits and has zero tolerance for sexual misconduct, with firm Code of Conduct policies in place, and severe penalties, including a permanent ban of membership, for those who violate the Code of Conduct."

Due to public scrutiny, Turner's release was different. He was released with extra security due to the threats and hate mail he received while in jail, and reporters attempted to capture as much of his first free day as they could.

He is expected to return to his family's home in Dayton, Ohio, where he will serve his three years of formal probation. Within five days of returning to Ohio, he will have to go to the Greene County Sheriff's Department to be photographed and registered as a sex offender. Postcards will then be mailed out to alert nearby homeowners that a sex offender lives in the area.

Wherever Brock Turner lives, local authorities will notify residents that a sex offender is living in their neighborhood. This will stay with him for life.

Once Turner is registered, he will be free to go without an ankle bracelet, and all his monitoring will be done by sheriff deputies. While on probation, Turner will have to stay out of trouble, and if he is committed of another crime he could be put back behind bars.

This is what immediately follows Brock Turner. It is unknown what he will do for an education, or if he will take advantage of his lenient sentence and attempt to right his wrongs. Due to the fact he expressed little remorse for his actions this doesn't seem likely, but who knows, maybe jail was tough for him.

Brock Turner's case has caused outrage, but it has also inspired change; some good and some bad. Stanford University has banned hard liquor from undergraduate parties in an attempt to stop sexual assault on campus. While this was probably done with good intentions, drinking is not the problem. A woman being unconscious due to drinking was not the problem, Turner being drunk was not the problem. The problem was that Turner felt entitled to a woman's body and forced himself onto her.

Due to his lenient sentencing, California lawmakers were inspired to introduce a bill based on Turner's case to ensure a prison sentence for anyone convicted of sexually assaulting an unconscious person. Currently, California law mandates a prison sentence only when physical force is used during rape. The new law would mandate a prison term whenever the victim is intoxicated or unconscious and the perpetrator does not have to use force.

California Assembly unanimously passed the bill in a 66-0 vote, and it is now on its way to Governor Jerry Brown's desk for his signature. If he signs, the next Brock Turner to come along will face time in prison.

I don't know what will happen to Brock Turner in the years to come, but I sincerely hope people never stop feeling outraged about his case, because that is the only way rape culture is going to end.