What Makes Twenty One Pilots Different From Every Other Artist
Odyssey

What Makes Twenty One Pilots Different From Every Other Artist 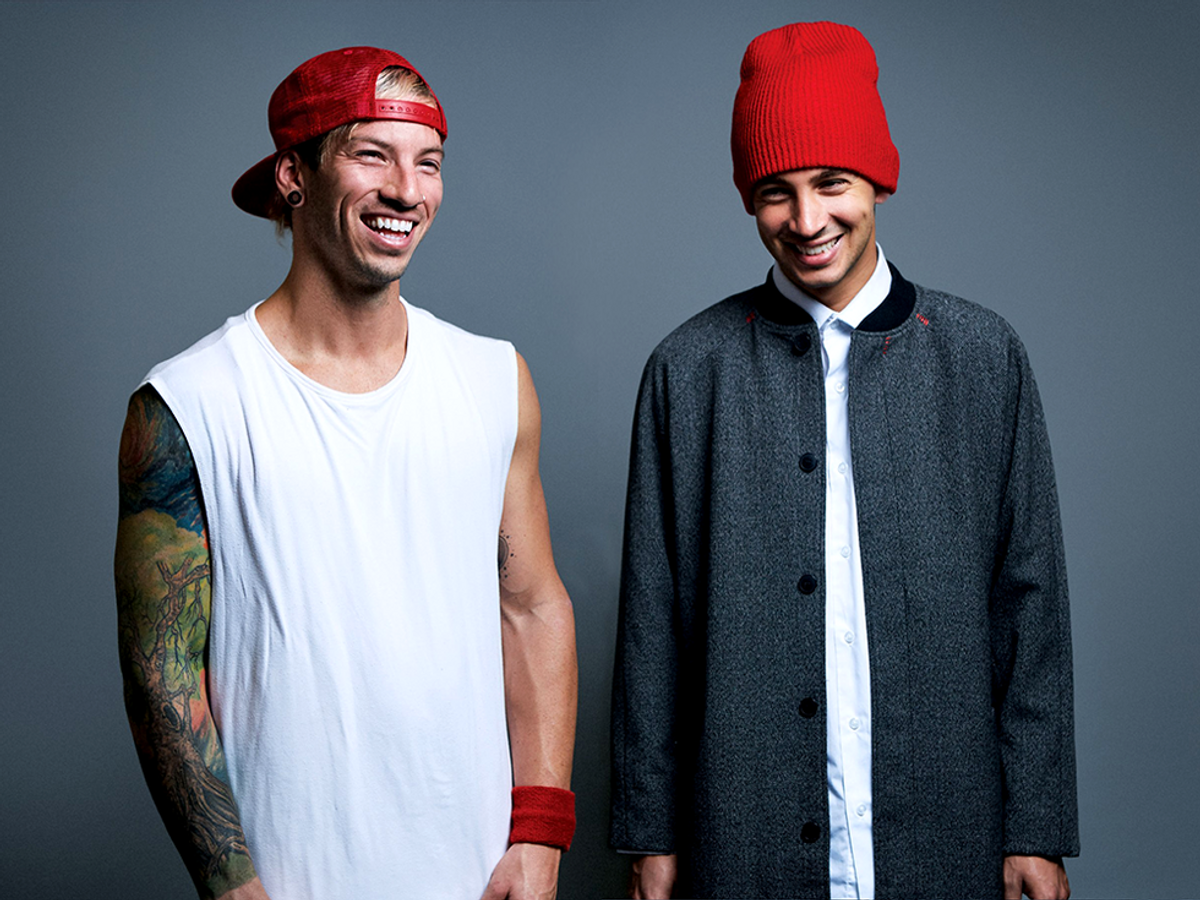 While Twenty One Pilots has been making music since 2009, they just started really becoming mainstream in this past year. The release and growing popularity of their album Blurryface is proof of that. Just a few weeks ago, they won a Grammy for Best Pop Duo/Group Performance for their song, Stressed Out. While Twenty One Pilots is indeed becoming more mainstream, what makes them unique is not what normally makes artists like this mainstream. It's what has made them stand out.

First of all, I wouldn't necessarily call this band a "pop duo." I understand that's the category they best fit into, but their sound is uniquely un-pop. Lyrics in modern pop music are often centered around ideas of love, sex, partying, or some combination of the three. Twenty One Pilots' music is far from that. Their lyrics are deeply introspective, dripping with metaphors for the darkest struggles within one's mind. They often subtly address issues such as anxiety, depression, and suicide. One example of this is a verse in Holding On To You, a song from their Blurryface album:

"You think twice about your life,
It probably happens at night,
Right?
Fight it.
Take the pain, ignite it,
Tie a noose around your mind
Loose enough to breathe fine and tie it
To a tree. Tell it, 'You belong to me.
This ain't a noose, it's a leash.
And I have news for you: you must obey me.'"

And it's all neatly tucked into a catchy beat and a few strums of a ukulele. So subtle that you'll miss if it you aren't really listening. But because they're willing to write and produce music that has such dark undertones, they are able to reach the listeners that perhaps can relate most to their lyrics, and may need to hear them the most.

Second, their attention to detail in their live performances is insane. I personally have seen them live twice, and they are still my favorite group to see live. It is clear their primary focus is putting on an excellent show for their fans. They won't make you wait forever for them to come on stage, and they won't make you scream for 5 minutes for an encore. They're incredibly engaged with their audience, by either teleporting to the nosebleed section or playing a song while the people in the pit hold them up. Plus, their show is so incredibly practiced, it's unbelievable. Every move is perfectly planned and executed, from Josh's backflips to Tyler's subtle moves. Everything is planned down to the second, and it's clear that these two guys leave everything out on that stage every single night.

Finally, you'd think that two guys from Ohio would get pretty big egos once they sold out Madison Square Garden and won a Grammy. But that couldn't be farther from the truth. Through it all, Tyler and Josh have remained some of the most genuine people in the music industry, taking everything with stride and humility. And their shows aren't just all about them. During this most recent tour, there's a part of the set where Tyler is supposed to get in a human-sized hamster ball and roll around in the pit. However, recently, Tyler has been putting other people in the hamster ball. These people include Jon Bellion, one of their opening acts, and "Fish," one of their crew members who has long awaited a chance to be in the hamster ball. It's these little things that show us, their fans, that they haven't really changed; they're still those two guys from Ohio who used to change flat tires on the way to 50-capacity shows in garages.

So allow me to raise a toast, to the two guys who decided to start a band, to dig inside and answer big questions through their lyrics. Thank you for deciding it was worth it to keep going, and for recognizing that we, your fans, are doing the exact same thing. Give 'em hell, Tyler and Josh.