Being A Democrat Voting In A Republican State

I wonder whether or not my voice will actually be heard when I vote in my first presidential election. 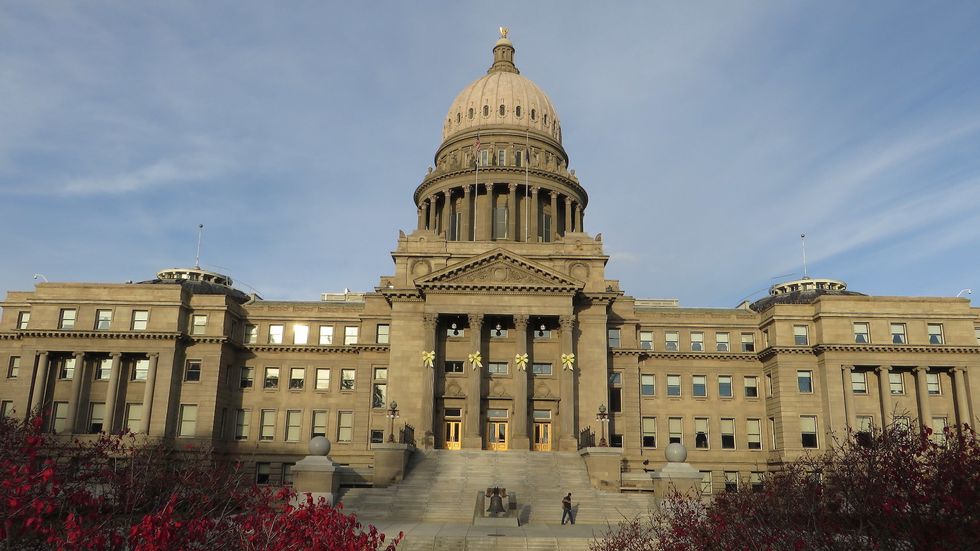 When Ruth Bader Ginsburg died, I texted my friendly neighborhood Resist Bot to let my senators know that I do not support a confirmation of a new Supreme Court justice before the presidential election on November 3. However, being a registered voter in my home state of Idaho, I knew that this action was futile. Idaho has been represented by a fully Republican delegation to Congress since 2011, so it didn't come as a surprise when I received emails from my senators informing me of their intent to confirm President Trump's Supreme Court nomination.

I was disappointed, and I began to doubt the weight of my blue vote in a state that bleeds red.

Idaho is notoriously conservative, having gone red in every presidential election since 1964. In 2016, nearly 60% of votes went to Donald Trump, with only 2 of 44 counties going blue. Current polls show Trump winning by an even higher margin on November 3. This voting record is unsurprising to those familiar with the Gem State, but that doesn't make it any less disheartening to those of us who know the consequences another Trump term will bring.

SEE ALSO: How To Write About The 2020 Election

As an 18-year-old college student, voting for the first time in a presidential election should be exciting. However, it's more anxiety-inducing than anything else as a member of the minority party in Idaho. I can't help but wonder if my vote will really count, if my voice will actually be heard. The future of our country, society, and planet is riding on this election, and there's only so much I can do to help ensure the right choice is made. I don't feel represented by my state or federal government, and the only way to rectify this is to vote. But what am I to do when the odds of the electoral college aren't in my favor?

I look to the other voters of my generation for hope. In a recent poll of Gen Zers by NextGen America, 100% of respondents said they were registered to vote, with 75% saying they were definitely voting in November. This is a 60% increase in young voters from 2016. Gen Z has been proving itself to be a force to be reckoned with, and this isn't stopping with the presidential election. Young people are poised to break voting records, as the stakes this year feel higher than those of any other election. I'm proud that my vote will be part of this extraordinary group, and that motivates me to cast my ballot.

Even with doubts in the back of my mind, I will be voting blue in my red home state this year. The importance of this election outweighs my concerns because I know that this year, my vote is about more than a candidate. It's about racism, climate change, reproductive rights, healthcare, COVID-19, and the future of America.

My vote won't help flip Idaho in favor of Joe Biden, but it will be a statement of my values and principles, a statement that I'm very grateful to be able to make.