What Is 'Grunge,' Anyway?
Odyssey

What Is 'Grunge,' Anyway?

The word was used in the '90s to describe a music genre, but quickly turned into an insane commodity. 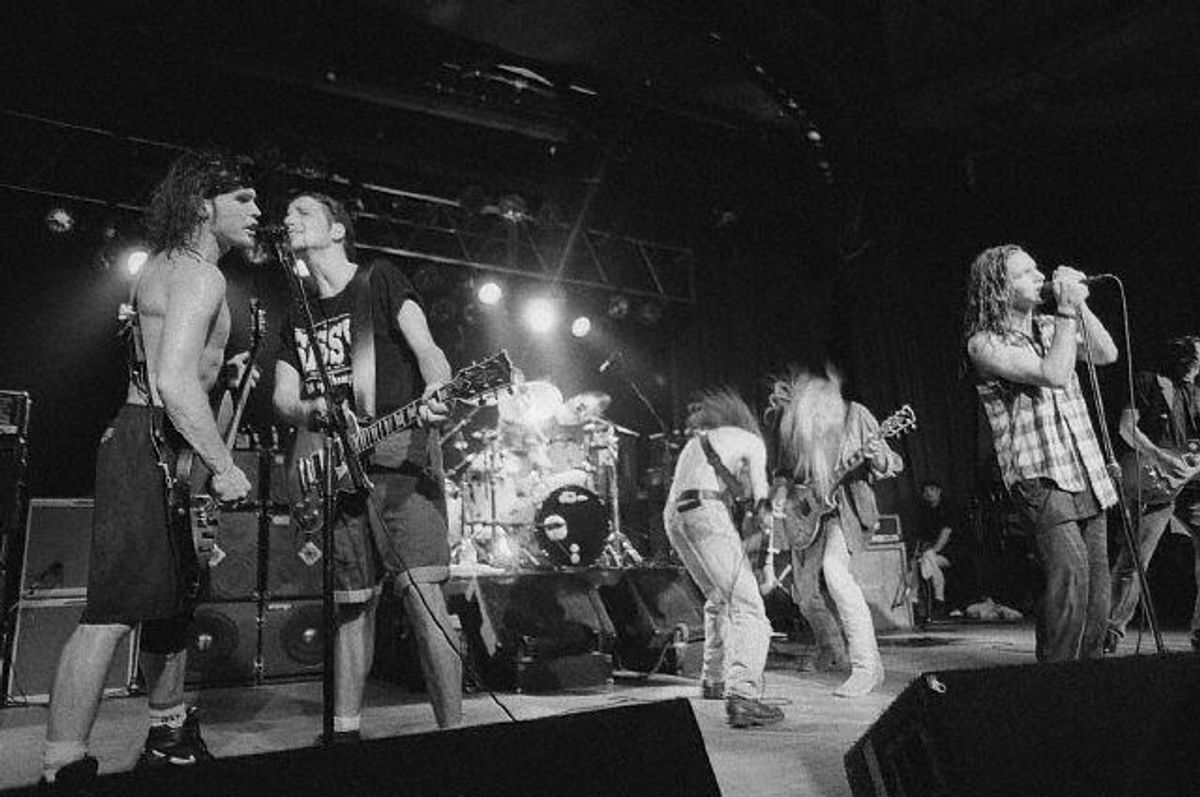 Words tend to change in meaning over time. Occasionally, a word comes into circulation and makes its way into pop culture, finding a home among the mainstream.

In the '90s, the word “grunge” took the world by storm because of the musicians emerging from Seattle, Washington. When “grunge” music made it to the airwaves, the fashion and entertainment industry went into a complete frenzy.

But the word doesn’t actually mean anything to the musicians that the word was inspired by. In fact, they all, for the most part, refute it when describing their sound. Let me go a step further and make this statement:

Some may argue that it's been dead for a long time, but what I'm talking about is the media trends that took the world by storm in the early '90s. But the music, that’s still alive, as seen in many modern bands. Anyone that likes to claim that they're “grunge” today should take a number, because that’s old hat at this point.

Nirvana, Pearl Jam, Soundgarden, Alice In Chains–all famous “grunge” bands, and none of them ever claimed that word as their sound. The word was created by the media, not the musicians.

When the word "grunge" is used today it's to remark on the style that came out of this scene. But when I see articles calling a Kardashian or Taylor Swift “grunge” for their outfit choice, I can’t help but scoff. What they're wearing is representative of a rag tag group of individuals that had little to no money, and had to find clothes at thrift stores that were warm enough to endure the cold, wet days in the Pacific Northwest.

This thing that we call “grunge” music is pure alternative rock music gone mainstream by a group of highly talented individuals that started with nothing and shot to notoriety. What's being described is that sound. The sound of the drums, guitar, bass and gritty vocals that make the music.

The sound is original, too. Nothing sounded like that, which is why Mudhoney’s singer Mark Arm first used the word way back in 1990. No one knew it would explode in such a strange copycat era. People were infiltrating the scene that really shouldn’t have been there, copying the sound of the Seattle musicians.

In an interview that appears in the documentary film "PJ 20," Pearl Jam’s Eddie Vedder was asked about whether grunge still exists. He responded with a laugh, swiping his finger across his teeth and a nod of the head. This moment could be seen as a strange response, but I think I understand. Yes, the grunge of the world exists around us, but it’s the music that has endured, the sound of that generation. Not a style, not a fashion. Grunge still exists somehow, because the media is the grungiest of them all.

When you are wearing your flannel from Urban Outfitters tied around your waist, Doc Marten's and $200 ripped jeans, you’re not “grunge,” nor is your style. You’re banking off a style from people that weren't even trying to start a trend. Their clothes were this way because that’s all they had.

I’m not saying that we can’t use the word "grunge" to describe the music scene, but rather that we stop using it to describe highly-profiled celebrities. Taylor Swift’s outfit for the Met Gala was not grunge, as described by one fashion reporter.

If grunge is going to describe anything, it should be purely the music and the original members of that community of musicians. If you want to learn more about this, I suggest reading Charles R. Cross’s 2014 book "Here We Are Now: The Lasting Impact of Kurt Cobain." In it, he spends an entire chapter cleverly named “Lamestain on My Wack Slacks: Grunge and Culture,” talking about the insanity that the media brought to the entire Seattle music scene.

Grunge is dead because it was never alive. Alternative rock and rock-and-roll music is what's alive. These bands have somehow made it out of this tumultuous time to continue to make music and inspire a new generation of musicians.

The word “grunge” I'm suggesting should be used with care, because what's being described isn’t really a culture or a fad–it’s based off a group of musicians that had nothing but music. This word is heavy with meaning, therefore we shouldn't throw it around as some trendy thing.