What Is ACTUALLY Wrong With Millennials?
Odyssey

What Is ACTUALLY Wrong With Millennials?

A response to Alexis Bloomer. 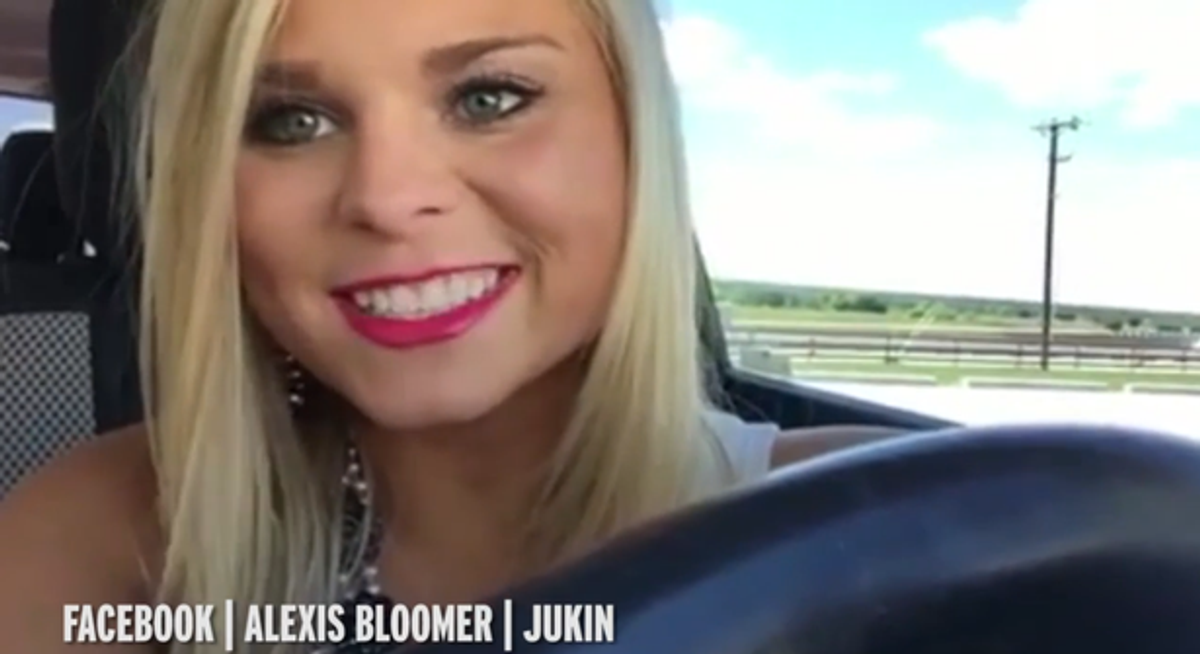 I'm writing this in response to a slew of posts and videos aimed at figuring out what's wrong with Millennials. In particular, I'm writing in response to Alexis Bloomer's rant and apology to elder generations. I'll admit, I only got through two seconds of the video without cringing. Upon my first viewing, I actually turned it off in utter disgust. Of course, as fired up as I am to even dignify a response to the absolute smut Alexis Bloomer spewed in her viral video, I had to make myself sit through it multiple times so that I could accurately respond.

Originally, I was going to break it down line by line to demonstrate how misguided her diatribe was. For example, the quote below and my response.

"We listen to really obscene music that degrades women and pretty much glorifies drugs and crime."

You are aware that the Baby Boomers and Gen-Xers had their fair share of "obscene" music, don't you? Let's take a look at a few, shall we?

"Well, the first time I got it I was just ten years old, I got it from some kitty next door. An' I went to the doctor and he gave me the cure. I think I got it some more. They give me cat scratch fever. Cat scratch fever." -Ted Nugent, "Cat Scratch Fever" (1977) (obviously degrading to women)

"And if you go chasing rabbits and you know you're going to fall tell 'em a hookah smoking caterpillar has given you the call to call Alice when she was just small. When the men on the chessboard get up and tell you where to go and you've just had some kind of mushroom, and your mind is moving low. Go ask Alice, I think she'll know." - Jefferson Airplane, "White Rabbit" (1967) (obviously about drugs)

"All around in my home town they're trying to track me down. They say they want to bring me in guilty for the killing of a deputy, for the life of a deputy. But I say: I shot the sheriff, but I swear it was in self-defense." -Eric Clapton, "I Shot The Sheriff" (1974) (obviously about crime)

Yeah, our parents were listening to such wholesome music. Give me a break.

As you can see, I'm super contrary. But what about this clever comeback contributes to constructive discourse? Not much. Kind of like the video that inspired it, my original article was trite and unimportant. I had to think it over and re-write. So here goes.

Alexis is a 23-year-old Texan news anchor who graduated from college in 2014. Putting it into perspective, she probably does not remember life without a computer in her home, Internet, or cell phones. She was in third grade on 9/11/2001, and she was in high school when the recession reared its ugly head. Therefore, when Alexis says "Millennial", her experience is totally different from most of ours.

That doesn't matter, though, because the issues Alexis describes are not confined to generational characteristics (see my argument about music above). The generation gap has existed as long as humans began giving birth and parenting. As society changes, so do our individual experiences and perceptions of what's happening in the world around us.

What Alexis is angry about isn't her fellow Millennials. She's angry about people who don't fit into her idea of what it means to be a productive U.S. citizen: privileged, white, middle- to upper-middle class, educated, Christian, conservative, and Southern. While there is nothing wrong with being those things, trying to project those values on everyone else is a waste of time, because our country is diverse in its citizens' experiences and worldviews.

Further, Alexis claims that her video was not a rant, but rather a "call to action" for the Millennial generation. A call to action should be inspiring and empowering, outlining a particular goal for us to attain. That was not present in this video. Instead, Alexis spent her time reading off a laundry list of what annoys her and condescendingly apologizes for the rest of us. Hardly inspiring or empowering, Alexis.

Finally, the content in the video was hardly original. She was essentially repeating the same things we've heard for years. If you want to make an impact on the trajectory of your peers, it seems to me that more time should be spent on new and thought-provoking content and less time parroting the sentiments of Fox News. Contributing something to our discourse would have been far more effective than hurling insults and assuring us that she is in many ways superior. Not to mention the fact that Alexis reports to abhor that we post our opinions on Facebook for followers, when her video did the exact same thing. Me thinkest thou doth protest too much.

People, if we're going to ever accept responsibility for leading this country, things like this have got to stop. Do we as a group of people have flaws? Yes, but so has every generation that has come before us. What we have the opportunity to do is learn from their mistakes and build a world that honors our individual differences and strives to identify strengths in those differences. Instead of producing trite, shallow content to mass distribute to the world complaining about each other or our lot in life, we need to accept that we are misunderstood and demonstrate how we will help our country survive and thrive. I've already noticed some of the fantastic changes we've made, and I hope the rest of you do too. The stuff mentioned in the video absolutely doesn't matter.

Let's shake it off and keep doing what we know what we're capable of. It's up to us to define what our generation is all about, not a 23-year-old's interpretation of what older generations want to hear.