Who Plays The "What If" Game?

Please don't tell me that my family and I are the only ones! 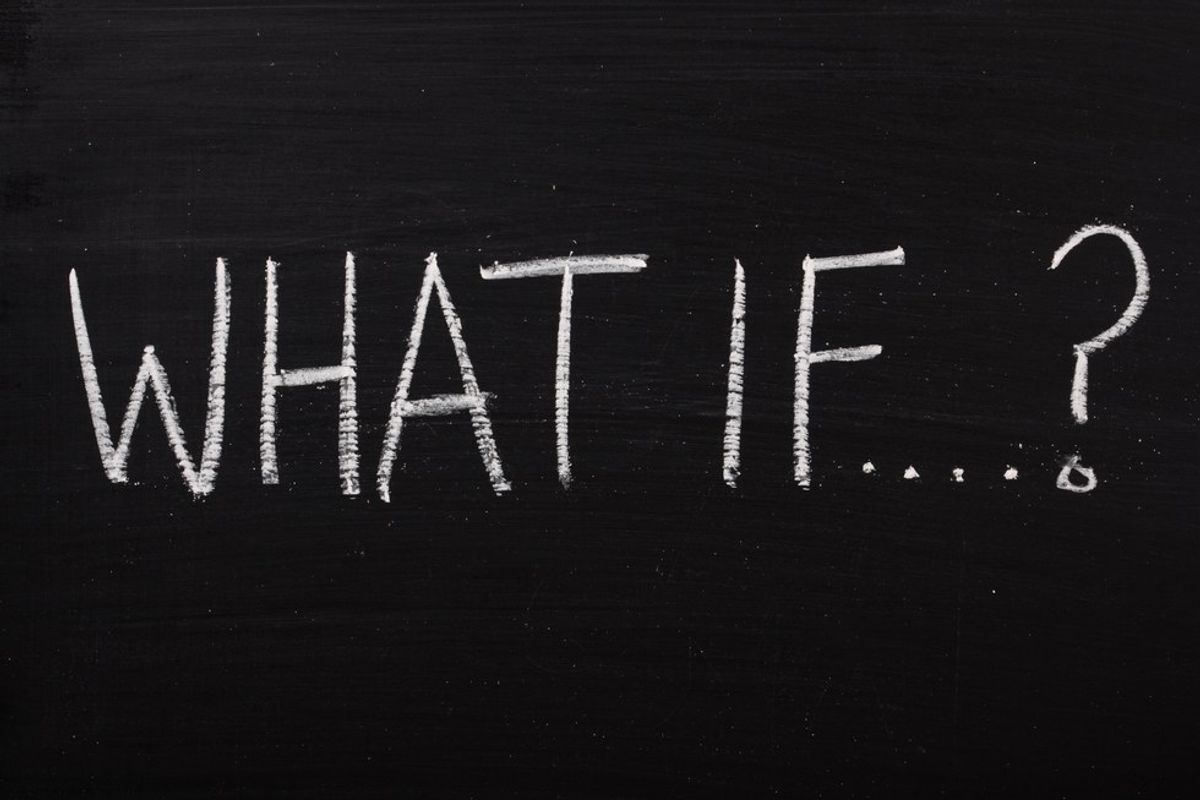 I recently went camping, and as we were dragging out the tents and drying them off from the rain, we placed items on the four corners to prevent the wind from blowing the tents away. It just happened to be that the four items on one of the tents was: a lamp, a flashlight, a Hmong knife, and a hammer. My sister asked me, “If there was a zombie apocalypse, and you had to go into a dark place to get food, what item – out of the four – would you choose to bring?”

She told me that she would bring the flashlight so she could see zombies and hopefully find a weapon in the process. My response was that I’d bring the hammer because I could kill zombies with the weapon –ideally even in the dark because zombies (according to The Walking Dead and other games such as Minecraft) aren’t very quiet. Moreover, if I needed to bust open a cabinet for items, I could use the hammer as well. We were doing what we often spontaneously did – playing the “What If” game.

For those of you who are wondering, the “What If” game – as we’ve coined it – is when a person asks a “what if” question to either an individual or a group of people. Everyone then tries to answer as truthfully as possible. It’s kind of like that common question of: if you were stuck at an island and could only bring one item, what would it be? Usually though, it’s more personal and pertains to people we know. My boyfriend was the one who introduced my family and I to the “What If” game, so whenever a random scenario pops up in our heads, we ask it. Most of the time, the questions are worst case scenarios – often involving zombies, sacrifice, or an apocalypse of some sort.

For instance, a common question my boyfriend (since he seems to be the designated “asker”) brings up is: if you got in a car accident with two other people you know and there were zombies coming, and you could only save one person because they were both knocked unconscious, who would you save? Another example of a common scenario is: out of everyone we know, choose three people that you’d want on your zombie apocalypse team.

I, personally, love these thought-provoking games because it evokes people to think about those they know personally. It’s seems kind of cruel asking who a person would save over another, but instead of getting offended at their choice, we focus on the reasons behind it because that’s what matters. If people are comfortable answering honestly, the motives are usually meaningful, which reveals more about the people answering. That’s why the game is fun: it’s a way to get to know each other even more. The responses can be pretty hilarious too once you’ve grown familiar with those people.

Furthermore, I say the “What If” game is a way to consider people you know personally because – you have to pick who to be on your zombie team. You find yourself asking – who has a good attitude? Who will bring positivity to the group, or complain the whole time? Who’s a reliable shooter – including Black Ops? Do you know someone in the medical field? Who will take leadership, and who will choose to be independent? And who can you depend on no matter what? It’s interesting to consider what kind of zombie team you could make by picking certain people you know, which also makes you reflect on your relationships with others. I know this seems a little deep for a “What If” game, but these kinds of games show who we are – which is why they’re often brought up in school when a teacher is trying to get to know his/her students.

The “What If” game also forces people to consider what they would do in worst case scenarios. I know a zombie apocalypse probably isn’t going to happen, but pondering about worst case scenarios can sometimes be a healthy activity. For instance, it’s a good idea to look for exit signs anywhere you go in case there’s a fire. People might not always want to think that bad things could happen, but those who contemplate about what they would do tend to have a better reaction when bad things do occur. On the other hand, obsessively thinking about worst case scenarios can also be unhealthy. Therefore, “What If” games are a good way to have fun deliberating dangerous situations while additionally taking those scenarios seriously since the point of the game is to answer truthfully.

So if you’ve never played the “What If” game, I recommend you try it out! You can ask whatever question you want, and it’s always fun and interesting thinking about your own responses and explanations and then hearing others’ answers. It’s a great way to get to know people and think about difficult situations. Plus, it can provoke more conversation when you and your friends are waiting in line or just don’t know what else to talk about. Try it out! What item would you take into a dark room possibly filled with zombies?

Nicole Marie Nigro
Individual Creator
6025
c1.staticflickr.com
Where to start...... Let me start with the cliche that life throws us curveballs and what we do with it is what counts.