What I Learned During Rush
Odyssey

What I Learned During Rush 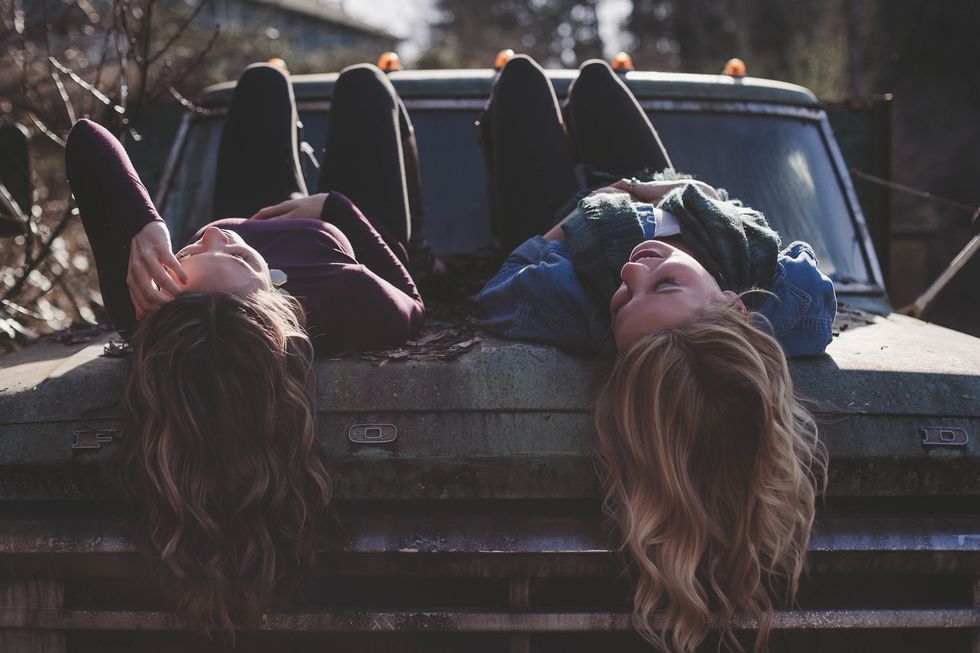 "WE'RE SO EXCITED THAT YOU'RE FINALLY HERE!" Everyone has seen that scary door chant video that went viral on twitter and facebook with highly energetic sorority girls. But is that really what the rush experience looks like? Okay, maybe some parts, but this past week I learned it was so much more.

I'm a first generation sorority girl, meaning nobody in my family has ever been in a sorority or has gone through the rush process (except for my aunt and cousin but they don't really count). My dad and brother tried to offer me advice based off of their fraternity experiences, but let's be honest, it's a completely different world.

I moved into my dorm the day before the first round. Saying goodbye to my parents was hard, but saying goodbye to my dogs a few hours earlier was harder. My roommate didn't rush, so half of my room was empty, which in no way helped with my anxieties. I had nobody. That night I lay in bed thinking to myself "What am I doing? Will I even fit in? Is this really what I want?" I was alone with no knowledge of what the week would hold.

The next morning, I put on a positive attitude, a smile, and walked out onto a lawn with over 1,000 girls. (Yes, it was terrifying) Within my walking group of 70, I made a small group of friends who were also first generations. Throughout the process, that group would shrink from eight to three, and I would realize how lucky I was to have a good rush experience. I connected with every house I visited, seeing a potential sisterhood and home in all of them. With that being said, the end of each round came with many difficult decisions to be made.

Everyday was a new challenge along with prayers that I wouldn't be released. By the time preference day came, I was physically and emotionally exhausted. Running from house to house in 110 degree weather in stilettos for a week takes a toll on you. Trying to keep every conversation interesting and remembering names all while attempting to feel for a vibe from the group in a room of nearly 200 girls talking and chanting at the same time is intimidating, and at some points scary. After my last party on preference night, I cried, I really did. I had to choose between two amazing houses and I didn't know what I was going to do.

Being the impulsive person I am, I didn't listen to logic or reason like I was raised to, instead I listened to my heart. The next day, they chose me too. I got to run home with everyone else to my new home, finally feeling like I belonged somewhere. Or so I thought.

Throughout bid day, the group of girls that took care of me were not like the ones I met during rush. I didn't fit in with them. We had nothing in common, and I felt alienated. When I finally broke down crying in the bathroom, my big and another girl found me. We talked about how I was feeling, about how I was scared I had made the wrong choice. But throughout the conversation, I realized I hadn't. My heart was right, this was the home for me. That night, I met girls who shared common interests, values, and ideals. I felt welcomed and like I belonged there. After a week of being able to call myself a part of that chapter, I can say I've never been happier.

Throughout college, and life in general, we're going to meet people that we don't have similarities with. Some people might not like us, but that doesn't mean we won't find people that do. Finding "your people" isn't easy, it takes time and lots of patience. Everyone says college is "where you find your forever friends" and that sororities are "where you find your bridesmaids." Just because I haven't found them in the first week doesn't mean I never will. I know I will, and I'm confident in that fact. For all I know, I've already met them.