Holocaust Memorial Day: What Did We Mean By "Never Again?"
Odyssey
CurrentlySwoonLifestyleHealth & WellnessStudent LifeContent InspirationEntertainmentPolitics and ActivismSportsAdulting
About usAdvertiseTermsPrivacyDMCAContact us
® 2023 ODYSSEY
Welcome back
Sign in to comment to your favorite stories, participate in your community and interact with your friends
or
LOG IN WITH FACEBOOK
No account? Create one
Start writing a post
Politics

Holocaust Memorial Day: What Did We Mean By "Never Again?"

Was it just about our own people? 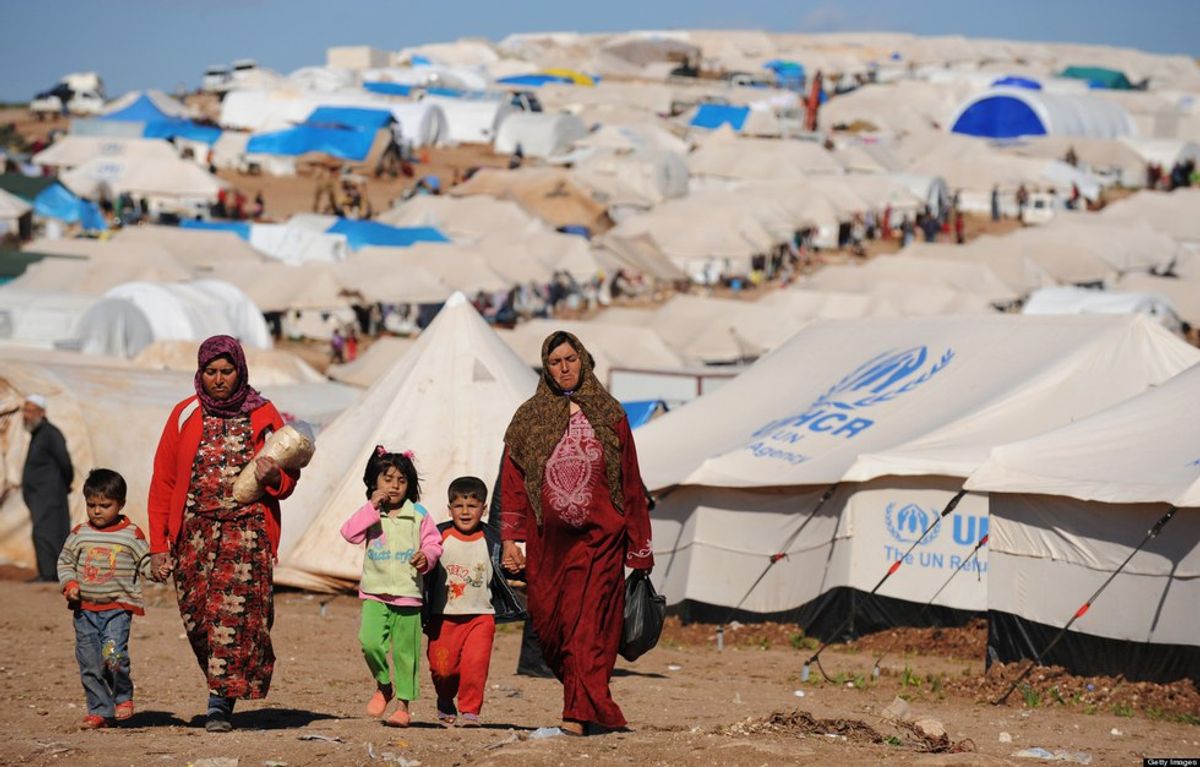 This past Friday was Holocaust Remembrance Day . Growing up in a Jewish day school, this day was always an emotional one. People shared stories of their grandparents and great-grandparents in the Holocaust, and often a survivor or two would come speak to us as well, and tell us their story. However, Holocaust remembrance day wasn't the only day of the year we spoke about the Holocaust and what had happened to our people. It was a huge part of our education, and an ongoing topic. This is for one reason; for it to never happen again.

There is a saying that those who forget history, are likely to repeat it. This Friday, on Holocaust remembrance day, President Trump signed a refugee ban. The irony is astounding. As Jews, we often ask ourselves why the world did not do more to help us escape the brutalities of Hitler and Nazi Germany. I remember as a young girl being surprised to learn that the United States knew about what was happening, because I couldn't wrap my head around the fact that a nation so powerful knew about this and simply was not doing anything.

Make no mistake, what is happening in Syria is a genocide, as was the Holocaust of the Jews. Therefore, it floors me to hear from Jews in my own community that they believe that the US should not be accepting Syrian refugees. When we said "never again", did we just mean never again to the Jews? Did we not mean that we never wanted this to happen again, to anybody?

The argument of radical Islamic terrorism is a scapegoat. It's an excuse, just like the excuses that were made not to take in Jewish refugees. The story of the SS St Louis, a boat carrying Jewish refugees that was turned away at America's doorstep is one that haunts our history. Yet it feels as though we have learned nothing.

So I want to leave my fellow Jews who feel as though we should not be helping Syrian refugees anymore. What did you mean by never again? What do you think of when you say those words to yourself on Holocaust Remembrance day? And what do you hope to tell your grandchildren about what you did to help, when they learn about this tragedy in their history textbooks?

"You may choose to look away...but you can never say again you didn't know."