We're Still Not Out Of The Box
Odyssey
CurrentlySwoonLifestyleHealth & WellnessStudent LifeContent InspirationEntertainmentPolitics and ActivismSportsAdulting
About usAdvertiseTermsPrivacyDMCAContact us
® 2023 ODYSSEY
Welcome back
Sign in to comment to your favorite stories, participate in your community and interact with your friends
or
LOG IN WITH FACEBOOK
No account? Create one
Start writing a post
Student Life

We're Still Not Out Of The Box 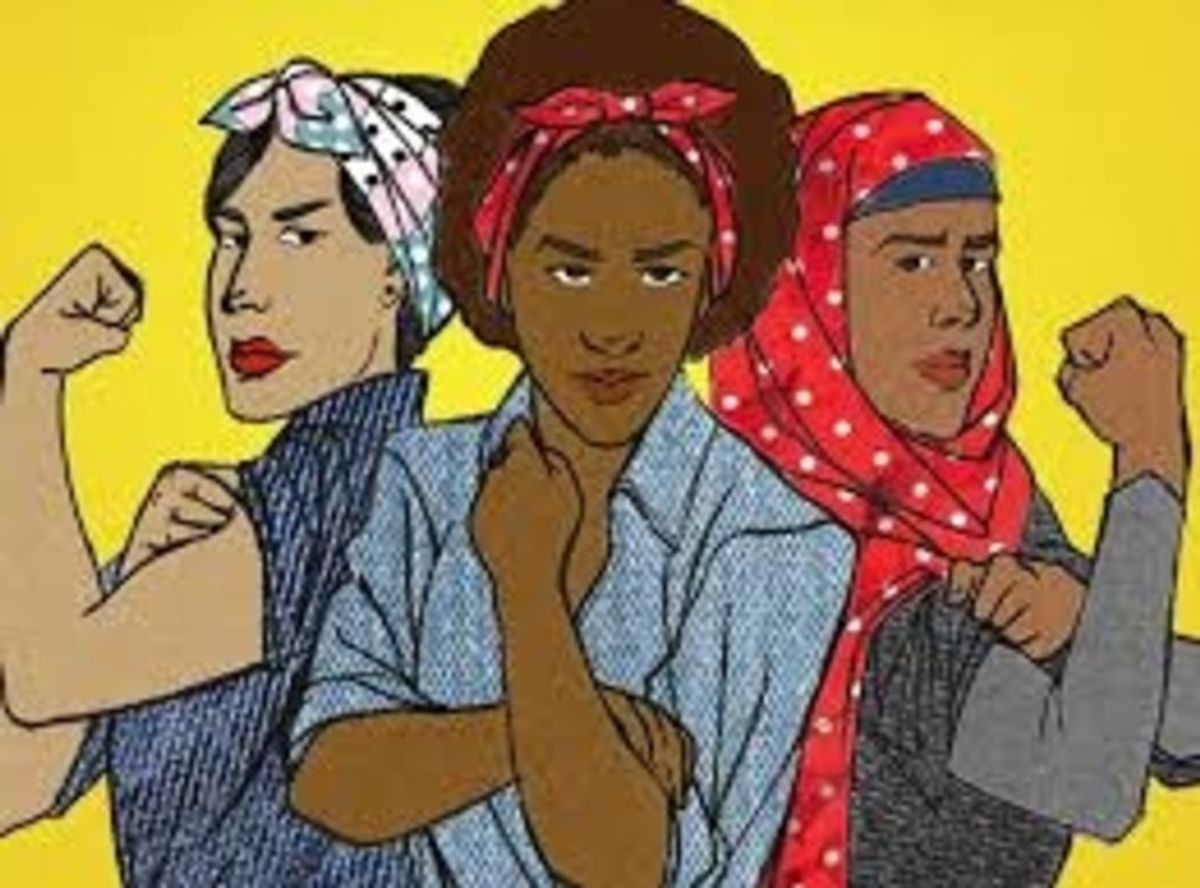 Last year, I met one of my now closest friends and through her and her experiences, I have come to now have a different perspective on the way I look at certain things. Here is a summary of my friend's experiences growing up in Pakistan.

"Pakistan is home to nearly 200 million people. Though the country has a high population, a huge part of society still maintains the close-minded mentality from years back. Pakistan is an Islamic republic; hence societal rules are extremely important. When these rules are broken, the individual is often punished and alienated by society, especially women. As years passed, the government has become a tad bit lenient, but not towards women and the expectations they are meant to hold.

Growing up as a female in Pakistan, I was always told to dress, talk and behave a certain way. Ultimately, we were raised so at the end of the day, we could be married off to someone who was willing to do so. I was told not to laugh out loud, run on the streets, or wear clothes that revealed too much skin. It was almost as if it was a taboo to do anything that wasn’t ‘feminine’. If we dared to do so, we were frowned upon and scolded at home just because it could be a possibility that when we were of age, no man would accept us for marriage due to our ‘obscene’ behavior. Due to this, I could never dress the way I wanted or stay out with my girlfriends late at night.

Especially with the exposure to different social medias, it was always frustrating that I couldn’t wear sundresses and shorts out in public. In many cases, men sexually assault women who do dress up and stay out at night as a way to ‘teach them a lesson’. These men are almost never charged for their offenses and the women never get the justice they deserve. Women who dress up in clothes that are seen to reveal too much skin are alienated and called many discriminative names.

Though I was repeatedly told to watch the way I act, I decided to go out on a limb and wear a sleeveless skater dress to school but I did not expect to get the reactions I received. The minute I walked out of my house to get to school, I received stares from everyone I walked by, men and women. Though I did receive a couple of lust filled stares, most of the people looked at me with either disgust or absolute shock. A few minutes into my 10-minute walk I already felt like a fish out of water and I desperately wanted to run home and change. But, I was sure when I was surrounded by my peers I wouldn’t receive such judgmental stares.

When I did get to school, my best friend told me I was brave for dressing the way I did. Not long after, my guy peers asked me why I was dressed that way and that it was highly inappropriate. Not only did this shock me, but I was disappointed as well. As the day went by, I continued getting disapproving stares from my peers and at one point, I was even called over by a teacher threatening to call my parents for dressing up like that. After school ended, a group of boys hollered at me with sexual innuendos. On a normal day, I was a friend to everyone at school, and everyone who saw me said hi to me with a smile plastered across their face. The only reason I was treated this way was because of the dress I had on. Somehow, dressing up like that immediately made everyone I knew and talked to on a daily basis look at me a different way. But, the guys I went to school with were allowed to wear board shorts and tanks without being seen as a sex crazed fool.

This experience hasn’t changed the love and passion I have for my country and the people in it. I love Pakistan and the culture it holds, but I just don’t see why women are oppressed. Everyday, women face violence and discrimination when they do a tiny thing out of the social norms that are set for them and almost all the time, no justice is served. Women should be treated equally and allowed to choose for themselves. We are asked to behave a certain way and look a certain way in order to be accepted by the community, when men are allowed to do whatever they please bearing almost no consequences.

Society views women as these beings that look good and take care of the household. As though women are only good to take care of the children and constantly maintain their ethereal looks. Not only in Pakistan, but many countries around the world still hold the same views humans had decades ago. One would think that as years go by and the world develops, people would open their minds to the idea of a woman being an independent person and doing what they please, but yet, that is not the case. Almost everywhere, society has a certain image and standards set for females to live up to. Whether it be social behavior or beauty image, when a woman falls out of these standards, they are alienated and discriminated. Especially with the exposure girls and women get growing up with the internet and social media, it gets harder to fit into these close minded standards that have been set for them. Just like when I was growing up and wanted to dress like Britney Spears, but it was deemed inappropriate by my elders. I consider myself one of the lucky ones. My parents have never held a strict household and were open-minded due to the fact that they have traveled the world and experienced different things and cultures. But, a lot of women are still suffering everyday because a huge part of society remains in this closed box. Girls are disowned and abused daily because people refuse to open their minds and step into the 21st century. It is about time that everyone realizes that women are equal beings, and should be treated equally. Shaming should not be a reaction anyone should have no matter what they ideals are. People should be respected and treated equally everywhere. Girls and women should be able to grow up without having to suppress their wants and desires in fear of being ridiculed and disrespected."

13 Things Everyone In Garrettsville Knows