Let's take a trip back to Stars Hollow and visit some of our favorite towns folk. 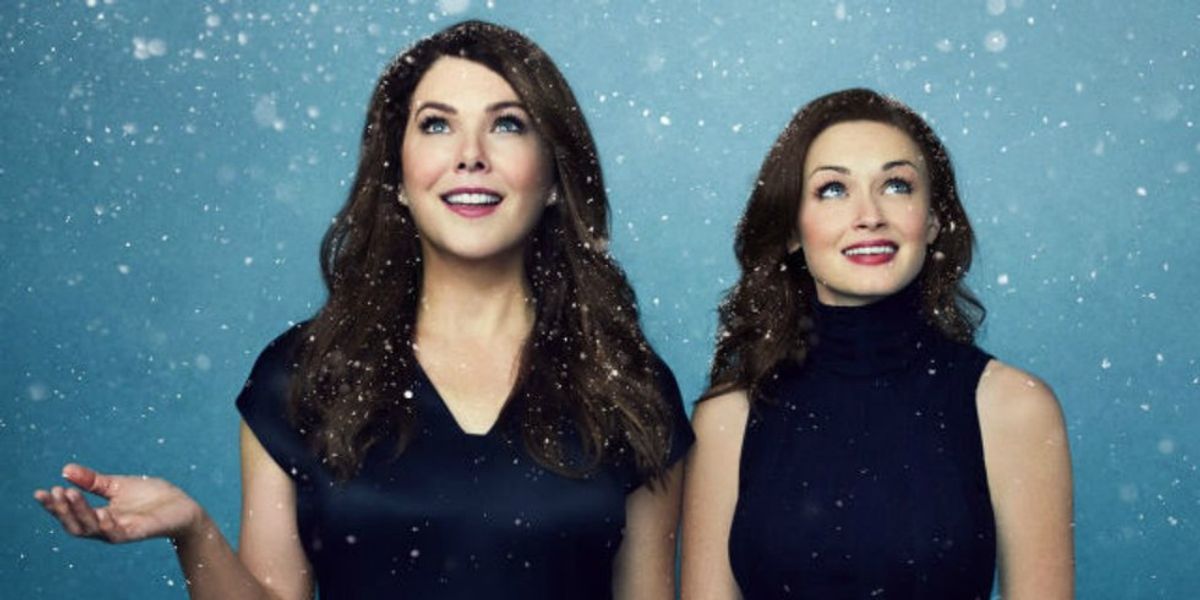 If you haven't seen the new Gilmore Girls and wish to not be spoiled on the show, this article may not be for you. You've been warned...

This past week the highly anticipated Gilmore Girls revival hit Netflix. Many fans of the mother/daughter comedy were excited (I know I was!). I know some may have had their doubts about what this new 'ending' would hold, and if it would meet what we had imagined happened with our favorite characters after the shows original ending.

After the original ending, most fans hoped for the best with how Luke and Lorelai's relationship ended up, where Rory went with her career, and who she ended up with in the end. My vote was always for Logan. When it was announced that there would be a four part revival, Gilmore hearts around the world grew three sizes that day. We would FINALLY get the answers we were looking for. We'd also get to hear those famous four words that Amy Sherman-Palladino said the show was suppose to end with.

In the first of the four episodes we learn that Luke and Lorelai are in fact STILL TOGETHER! Yes, the coffee junkie and the diner owner are still going strong, and boy oh boy did that play with some many of the feels. It was almost like a dream come true. Almost, only, because they still weren't married.

We also learn what Rory has been up to since her run on the Obama campaign came to close. Rory is a jet setter, never staying in one area too long. She's home visiting and has a job meeting and the next moment, she's running off to London for another job meeting and to see Logan. But we learn that none of those jobs actually come through and she's moving back home to Stars Hollow. While there, she ends up taking a job as editor for the towns paper.

We have to say goodbye to Richard Gilmore, and watching Emily, Lorelai, and Rory all hurting over his loss breaks our hearts too. This comes after the passing of Edward Herrmann in 2014. When Lorelai calls Emily while she's out on her hike, telling her about one of her favorite moments with her father, you break down with her.

During the course of the four episodes, we get to see many of our favorite towns folk. Taylor, Kirk, Ms. Patty. They all come back at some point during the four episodes and it's great to see how they've changed over the years, and that they all loved the show enough to come back for however long their role called for. We also get to see Paris, Logan, Dean, Jess. With hints back to the original show. We also got to have one last hurrah with the Life and Death Brigade. And we cried as we had to say goodbye to each of these amazing characters for what feels like the very last time and they were all given a great bow out.

During the last of the four episodes, every Luke and Lorelai fans' heart burst when they agree to finally marry. It was a long time coming and it was finally here. We would finally get to see them take that step. And the wedding that Kirk set up for them...it was breath taking and perfect, and just everything someone could hope for for their favorite couple.

This would have been the perfect ending to the show but ASP always said she knew what the last four words of the show were supposed to be. And for some of the really die-hard fans, knowing what those four words are is really really really important.

The scene moves to Rory and Lorelai sitting in the town center, drinking champagne in honor of Lorelai getting married. They talk and joke about how Rory should get married too and Rory tells Lorelai that she's pregnant.

This is how they ended the show. After all the closure we had been given during the past three episodes, this...this is what we get as a parting gift. Some people loved it, while others hated it. Me, personally, I'm on the fence. While I see it as coming full circle, I also see it as a huge cliffhanger and am now hopeful for a spin on with Rory and her baby. Plus, I really need to know if I'm right about Logan being the daddy and how Rory handles that with him now being married.

Love it or hate it, this is what we are left with. We were able to get answers to many questions, see some of our most hoped for moments come to pass and now we just have to wait and see if we get some more Gilmore Girls in our lives. We can only hope that more is to come.