Sleek Security Jewelry Could Put a Stop to Rape on Campus

Sleek Security Jewelry Could Put a Stop to Rape on Campus

Why colleges should invest in wearable safety technology to combat sexual violence. 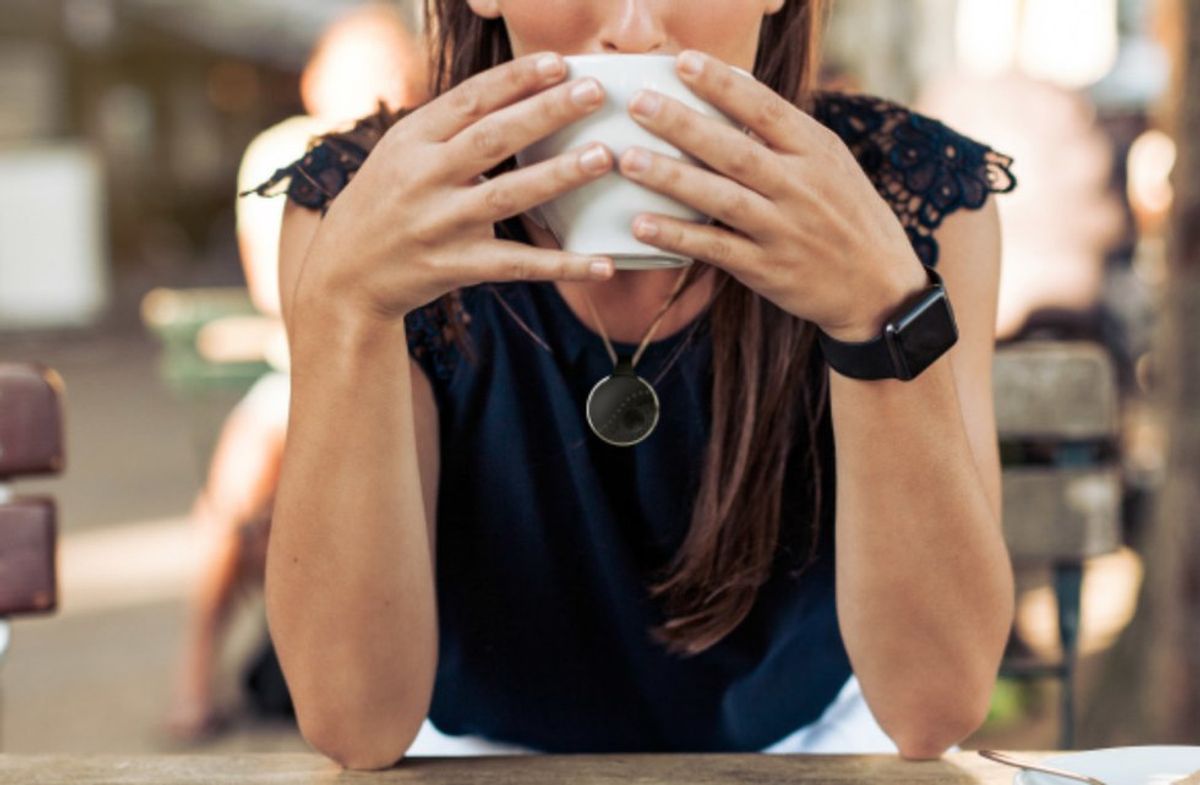 It’s no secret that rape is one of the most demoralizing and difficult crimes to prove, whether the victim is pleading their case to loved ones, a school board or a court jury. But one famous 2015 rape case managed to do the unthinkable by separating the truth from a sticky testimony with cold, hard facts. This was achieved when one smart cookie of a lawyer proved that a female defendant had invented her rape story by using evidence from her Fitbit which, according to The Wall Street Journal, “…showed that Nina was awake and walking around the entire night prior to the incident and did not go to bed as reported.”

This remarkable case has since played a part in opening the door to other ways technology can help uncover and prevent sexual assault. And why not? Nowadays women can monitor their periods, fertility level, and birth control slip-ups from a variety of phone apps, conduct home tests for HPV and STDS, and some female scientists are even developing a “smart” tampon that can check for cervical cancer. It makes sense that brilliant technologists are moving forward with wearable safety technology to help women keep control in times of crisis.

In fact, there’s already a handful of wearable safety jewelry targeted for women out there. From covert bracelets, charms and pendants to cufflinks and Bluetooth accessories, these compact security systems connect to your phone to immediately alert the nearest authorities when activated, but can also be turned off in cases of false alarm. Wearable safety jewelry has quickly gained traction due to the recent trend of wearable technology doubling as fashion pieces like Fitbits and the MICA bracelet which provides calendar and email alerts as well as Yelp recommendations.

So far, security jewelry has been mainly marketed towards women who find themselves on their own a lot: working late at the office, getting home late from a party, traveling abroad alone or on a solo trek through nature – sound familiar college ladies?

In response to outrageous scandals like the Brock Turner case and Rolling Stone’s false UVA rape story, colleges across the nation are rethinking their approach to rape on campus and sexual assault accusations. As wearable safety accessories are debugged and made more accessible to the public, I propose that colleges in the near future will have the ability to make a ground-breaking digital impact on fighting rape culture. But the best part is that it all can be done through the power of the student voice.

To begin with, if your college has failed to do so already, rally your peers together to get student health facilities, counseling centers and study abroad programs to campaign for safety workshops like “What Consent Looks Life,” “Alcohol Safety,” and “What to Do if You See Something Suspicious.” A lot of colleges still assume that twenty-somethings know these things already and that’s when ignorance can lead to life-ruining actions.

Within the next few years though, colleges could potentially take advantage of a line of wearable safety technology to alert campus security as well as local police and 911 when a student is in danger. Stylish security accessories like a smart-tech pendant and bra-clip from Artemis or a pendant, bracelet and keychain from Leaf Wearables (both of which run from $49 to $74) could be made available in school stores. Universities could even offer student discounts on wearable security tech products similar to college deals on Amazon and Adobe Creative Cloud.

If colleges become open to the idea of offering wearable security brands, there are several ways students could decide how the products should be used and ways to promote it.

For instance, campuses that have security escorts could train them to respond to an alert from a student wearing a piece of security jewelry while walking home at night. Colleges that offer routine self-defense classes could teach participants how to use wearable safety technologies in the event of an attack. Student media could get involved by writing reviews of wearable safety technology available at their campus and even interview students and faculty who have used it.

Also, according to a study posted on Sexual Assault Awareness Month’s website, students living in sorority houses and on-campus dormitories are more likely to be raped than students living off-campus. Therefore, fraternities, sororities and R.A.’s could be encouraged to advertise security jewelry at Greek life and dorm events and even promote the product to raise money for anti-rape and sexual assault prevention foundations.

With over a dozen wearable safety technology brands available for purchase online, I believe that colleges can take advantage of sleek security jewelry as it becomes more reliable and inexpensive over the next few years. These brands already have collegiates in mind when developing their products, but in order for universities to take notice, we as students need to be proactive and start planting the idea in administration heads now. Who knows, we could be remembered as the generation who diminished rape on campus simply by rocking some smart jewelry.