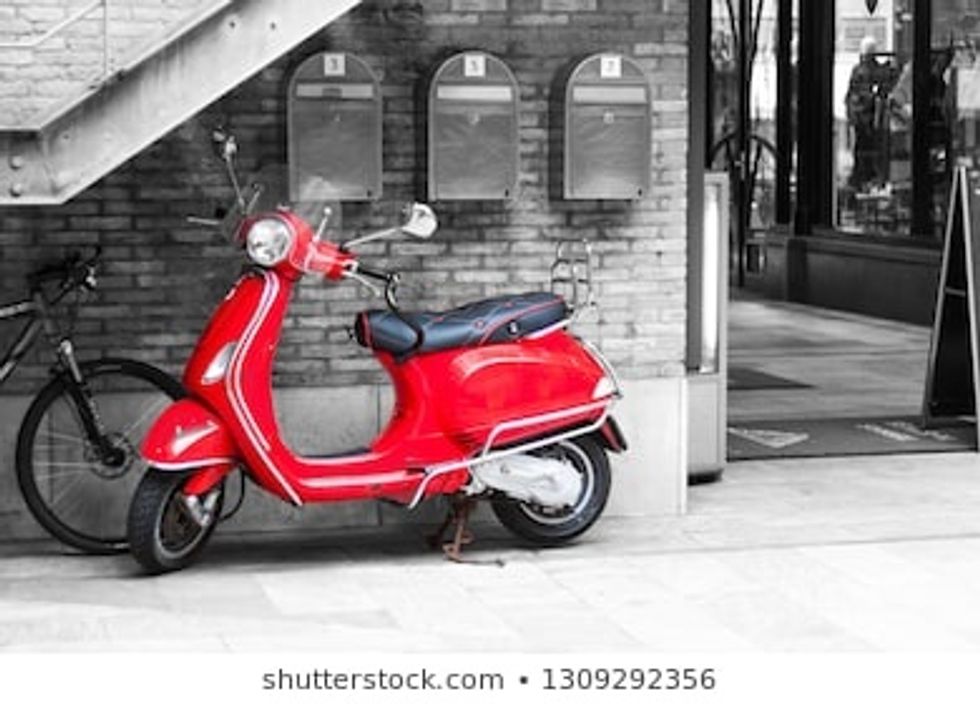 After a quick fifteen minute ride, he arrived at the bank entrance. He hops off his red vespa and turns around. He opens the top-box full of today's earnings.

"Two more hours," he thought to himself. "Just two."

Before his dad could catch him, he glanced away from the clock. The clock hung on the wall covered in coral jewels and patterned sea shells. Twice already, since he started his afternoon shift at 1PM, his quick glance towards the clock teetering from its foreboding nail was met with scornful looks from his father. Unlike his sisters, he couldn't roll his eyes everytime he was caught.

But also, his sisters weren't like him. They were the "princesses," completing their tasks efficiently and if they disagreed, they made sure everyone knew about the quick temper they had. He had no right to question orders from his boss and he was never one to have an attitude. But day after day, week after week, month after month, he found the souvenir store getting smaller and smaller, more claustrophobic and stuffy by the hour. Nevertheless, he obediently completed his duties. He did this not because he cared about being a role model to his tween twin sisters. He did this because the only way he could move out of this isolated island was if his parents trusted him. Of course, with that comes money.

The store was always busy with tourists going in and out. The island was known for its intricate sea shells and pink coral jewelry, so no doubt, a souvenir shop would have no problem thriving on an island. They were wealthy. But coming from a humble background, his father wanted his kids to understand the value of money and hard work.

One day, he will inherit this store, sell it and earn even more money. Or so he thought. "This is the sacrifice I must make..it's an investment," he would repeat to himself everyday after school as he made his way back to the store. Since freshman year, he consoled himself with this train of thought. He was finally in his last year of high school, and his hourly wage was higher than ever before. But more was never enough. So he welcomed customers when the bell rang with each slide of the opening doors. He shined the glass shelves, dusted the jewelry on display, and restocked the store's most popular items. And every evening, he closed with his father. He practically ran the store, he thought smuggly.

He turned around to be greeted with a shy, but proud smile on his father's face.

"I think it's time you close. I gotta get home to help your mom at home, but I think you're ready. You know what to do, so here are the keys."

Palms out, he received the keys. As they fell into his outstretched hands, they jingled as if celebrating his accomplishment.

"Take the Vespa after, and don't forget to deposit today's earnings at the bank before you come home."

And so, once he turned off all the lights, recorded today's earnings, and locked the door, he headed to the cherry red vespa in its reserved mini parking spot. He placed the cash on the top-box and rode merrily to the local bank...as today's cash flew freely through the breeze, leaving a wealthy trial.

After a quick fifteen minute ride, he arrived at the bank entrance. He hopped off and turned around. But the lid of the top-box was hanging loosely on its hinges, wide open...and empty.