We Should Always See The Good In Police Officers

We Should Always See The Good In Police Officers

They are not the enemy. 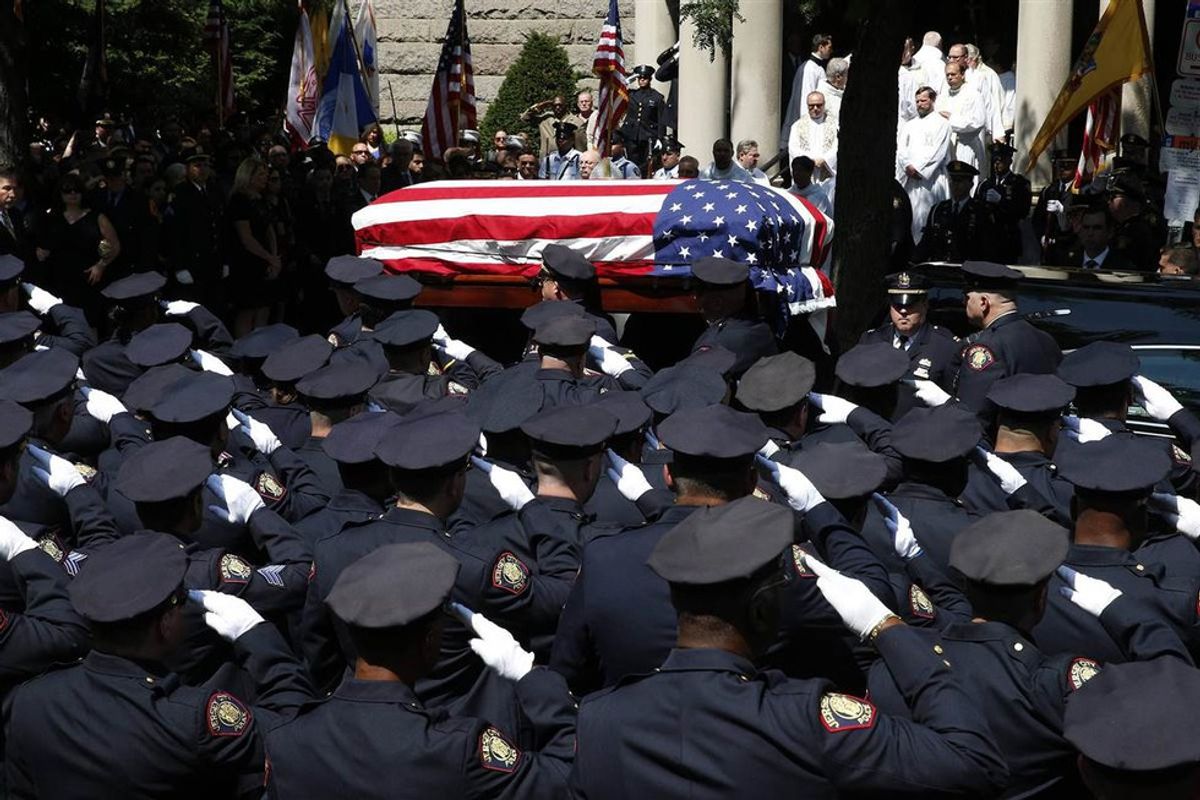 Lately, the country seems to be unified against one thing: police officers. As the daughter of a retired NYPD officer, I am utterly in shock of the hate that people feel towards law enforcement as of late. I always thought of my father as a hero. My whole life, I have been extremely proud to tell people what my father's profession was. But, now I am unsure of their reactions.

During my years in high school, I wanted so badly to follow in my fathers footsteps and become an NYPD officer myself. Unfortunately, I injured myself and was no longer able to pursue my dream. But, maybe this inability to become a police officer was a blessing in disguise.

There are bad police officers in this world, but the majority of them are good. They choose to put themselves in dangerous situations in order to preserve the peace and make our communities safer.

The actions of a few, should not determine the reputation of the majority. Cameras are now used to film officers as they are attempting to do their jobs, which heightens the tension and gets in the way of them making an arrest or peacefully handling a situation. These videos typically go viral on the Internet, and lead to a nationwide hate for police officers.

Police officers train for years for their job. So a lot of what you see in these videos is what they are taught to do in order to save themselves, or people around them. Some "bad" cops, may have done the wrong thing from time to time, but they are the minority.

Today, I am glad that I did not pursue my dream of becoming a police officer. I am happy that my father is now retired and no longer on the force. Police officers used to be someone that everyone looked up to because they were thankful for their work. Today, the police are not only fighting for the peace, but also fighting to keep themselves safe because they are now the targets of hateful crimes.