Warner Brothers, Let's Talk About Your DC Extended Universe
Odyssey
CurrentlySwoonLifestyleHealth & WellnessStudent LifeContent InspirationEntertainmentPolitics and ActivismSportsAdulting
About usAdvertiseTermsPrivacyDMCAContact us
® 2023 ODYSSEY
Welcome back
Sign in to comment to your favorite stories, participate in your community and interact with your friends
or
LOG IN WITH FACEBOOK
No account? Create one
Start writing a post
Student Life 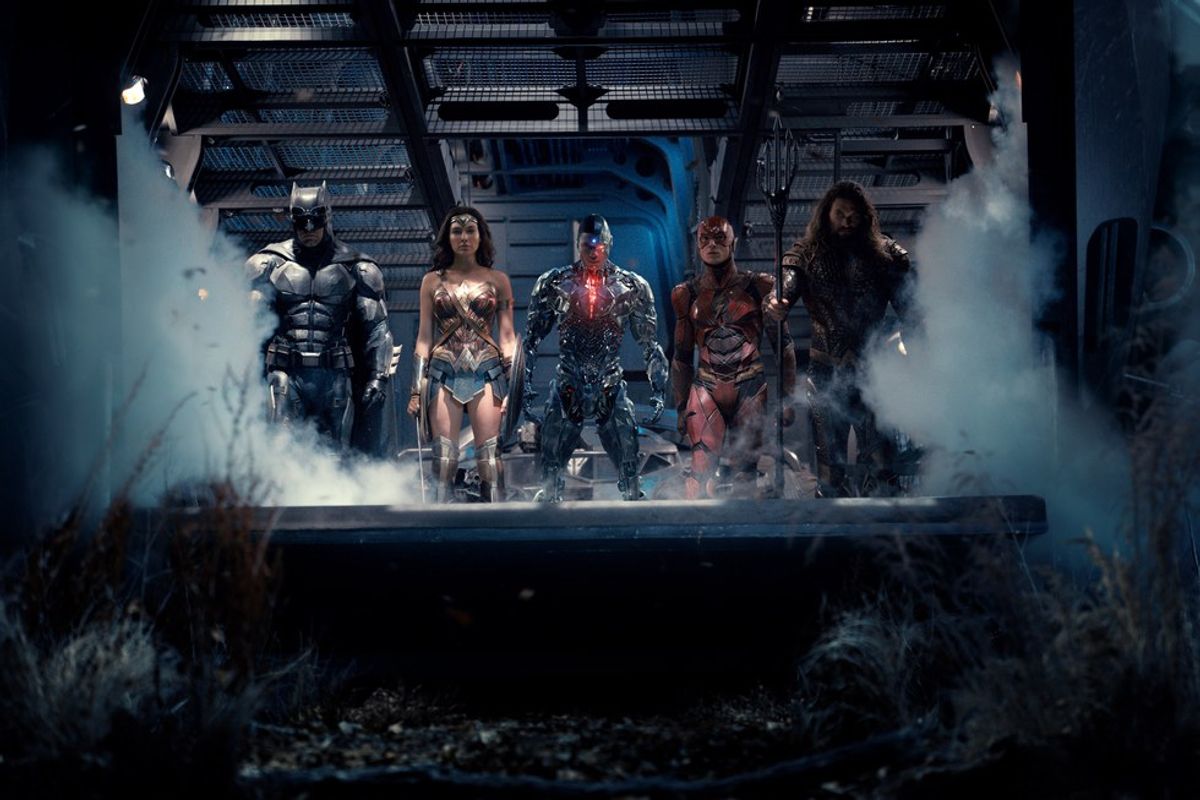 Warner Brothers, we need to have a talk. This is one of those talks that you have with a friend before their lives careen off a cliff. Trust me, I care. The end may be near and I have to intervene. This DC Extended Universe, yeah, it's bad and the sad thing is, it doesn't have to be. I see you have two big movies on the horizon for 2017 and they have to be home runs to keep you in the game. Right now, Marvel is about to put on the full court press and I want to keep you from passing the controller - so, listen up.

Let's start at the beginning. Coming off the immaculate Christopher Nolan Batman trilogy, it brought us to 2013's Man of Steel. There were some mixed feelings about it, but it was a step in the right direction. The '80s nostalgia of Christopher Reeves flying around the earth and smiling at the camera was replaced with Henry Cavil's take where the emphasis was a more, human take on Kal-El.

Then there's 2016's Batman vs. Superman - oh boy, where do I begin? First, let me give you some credit. From a cinematography standpoint, this movie is a beauty. Zack Snyder is definitely one of the best at that. It continued the dejected narrative of Superman feeling the ill's of being a savior vs. being hated for that power. Ben Affleck as a older, ornery Bruce Wayne/Batman was also good to see and Gal Godot as Wonder Woman..yes. (We'll get back to this soon). The movie as a whole - a mess. What are you setting up for? Injustice? Why are Batman and Superman fighting? Then, you sandwiched in 'The Death of Superman' story within this tornado of possible stories. This could have been a powerful end to a Man of Steel II sequel, but oh no, let's fit as much as possible because we are playing catch up.

Which leads me to "Suicide Squad" - a movie where I left confused. If you look at the trailers and some parts of the movie, there are clear indications that you guys panicked and changed the movie to include some "lighter" parts. This resulted in a movie that felt disjointed and unevenly edited. Seriously, it felt like watching two different movies in parts. Also, The Joker as a side villain? That overshadowed the entire movie and rendered the actual villain useless. Ask someone if they remember who the actual villain is off the top of their heads

If you watch any sports with teams who are down a lot of points, you try to cut the lead gradually - not try to get the game back all at once. You could have made foundation blocks for your universe, but now it's in a deeper hole. Hey, at least your TV universe is doing well.

Now, it's the moment of truth. Let's not mention the now ordered page-one rewrite of The Flash , the suspicious cancellation of the second Justice League movie, and Ben Affleck stepping down as director of the Batman movie. Listen, that should have been the easiest. Stop with these knee-jerk reactions that are causing talented people to leave. I have a bit of bad news for you - Marvel/Disney is about to turn on the heat.

You have three movies that are almost guaranteed to do well, three Netflix shows that will probably do well also, and a buildup to Infinity War - their version of the Justice League. Thanos is pissed and coming to Earth on a rampage with their biggest cast ever. 2017 is your last chance to get some footing - so get it together.

I have hope for Wonder Woman, I really do. Here's a couple of things you can do to get back in the game. For starters, stick to a damn tone already. No, dark is not bad (see the Nolan Franchise) and you can interject humor naturally. Stick to a plan already! You shuffle your movie schedule more than I do socks. How can your audience anticipate something when there is a constant shuffling of movies? Finally, stop getting in the way of your directors. Your movies should be enjoyable, not a puzzle piece to figure out when you release a director's cut. Directors should not have to come out after the fact and be apologetic and try to explain what should have happened.

To end this, Warner Brothers, I am rooting for you. The DC universe is filled with amazing stories to tell. Can you imagine a real Injustice movie or even Kingdom Come to the big screen? Baby steps. Rome was not built in the day and if you do not get to building something - there may not be an audience to fill the seats.

QueenRadhi
The State University of New York at Stony Brook
3150