War Torn And Rich In Hospitality

War Torn And Rich In Hospitality

The strength of a country that is torn by war and terror but still manages to host millions of visitors for Arbaeen every year. 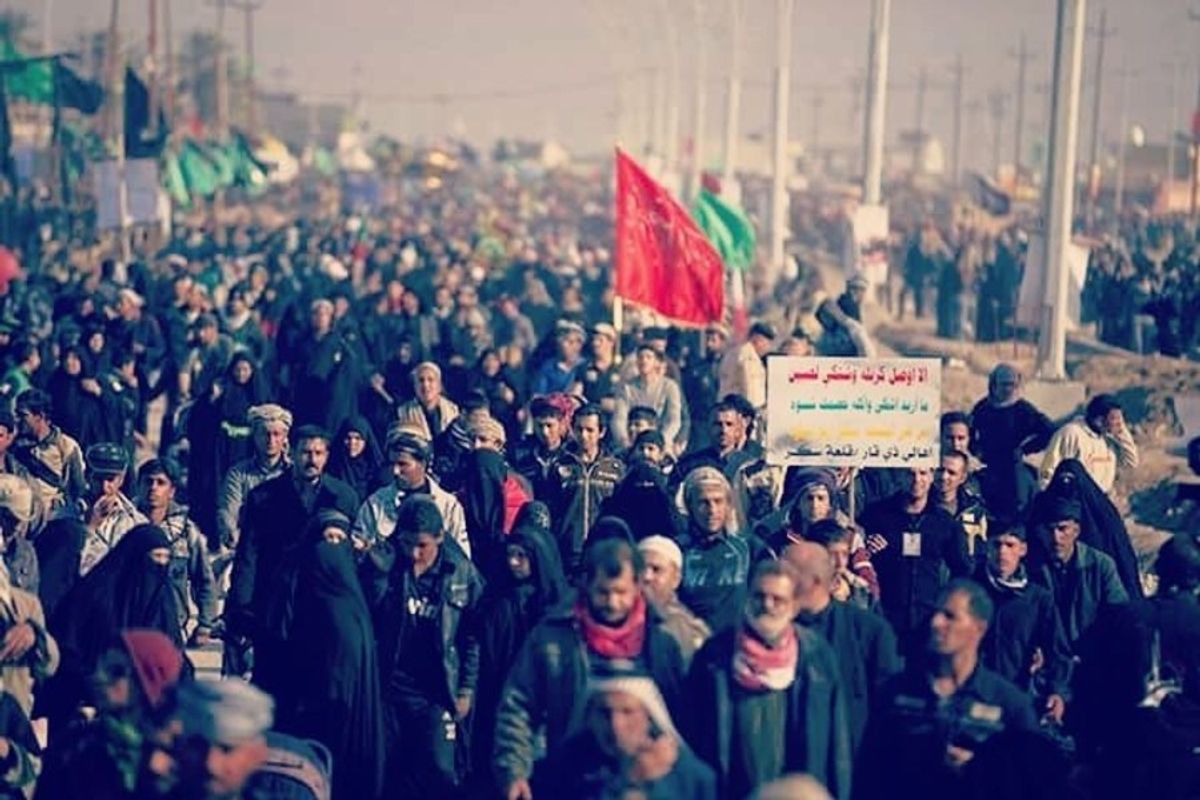 Hospitality is a large part of Middle Eastern culture and of being well-mannered. Regardless of the financial status of a person, you will always enter a house and be welcomed and generously hosted. Endless amounts of food, drinks, desserts, and fruits are offered to guests, as is the case with the visitors to Karbala, Iraq for the commemoration of Arbaeen, marking the end of the 40th day mourning period of the martyrdom of Imam Hussein, Prophet Muhammad’s grandson. It is one of the largest religious gatherings in the world that is held annually.

Around 22 million visitors make the trip to Karbala every year for Arbaeen, many trekking on foot to Karbala from other Iraqi cities such as Basra, Najaf and Baghdad. However, many devoted visitors from about 40-60 countries all over the world also embark on the journey to Karbala to pay tribute to Imam Hussein. Although it is essentially a Shi’a religious practice, Sunni Muslims and Christians also participate in this ritual.

Arbaeen has been commemorated since 680 AD but has been banned throughout history, the last time being during Saddam Hussein’s dictatorship in Iraq. For 30 years, Arbaeen was prohibited from openly taking place but after 2003, the commemoration was practiced and broadcasted live on television.

During Arbaeen, about 7,000 mawakeb or tents alone are set up in Karbala with people providing free food and services to the visitors of Imam Hussein. Many gather to mourn the death of Imam Hussein and his 72 companions during the Battle of Karbala in 680 AD, overlooking the threat of bombings that may be creeping at every corner.

In a war-torn country, Iraqis are very hospitable hosts to not only other Iraqis, but also visitors from every corner of the world. Countless of meals, bread, desserts are prepared and ready for the visitors to Karbala, in addition to providing services such as shoe repair, medical care, giving massages, and providing shelter to sleep. People open up their homes, volunteer their time and their effort to serve the visitors of Imam Hussein to Karbala in any way that they can.

Arbaeen knows no limit as the old, young, disabled, sick, and healthy, women, men and children from all corners of the world and from different faiths come together in remembrance of a great martyr.

Karbala is representative of the diversity, kindness, love and refuge that it holds not only for Shi’a Muslims, but humanity as a whole. Many have come together against the threat of ISIS as a practice of their freedom and as an act of unity, representing the power that is in large numbers.