Everything Beginners Need To Know About Arab Weddings
Odyssey

Everything Beginners Need To Know About Arab Weddings

Palestinian Christian style, that is. 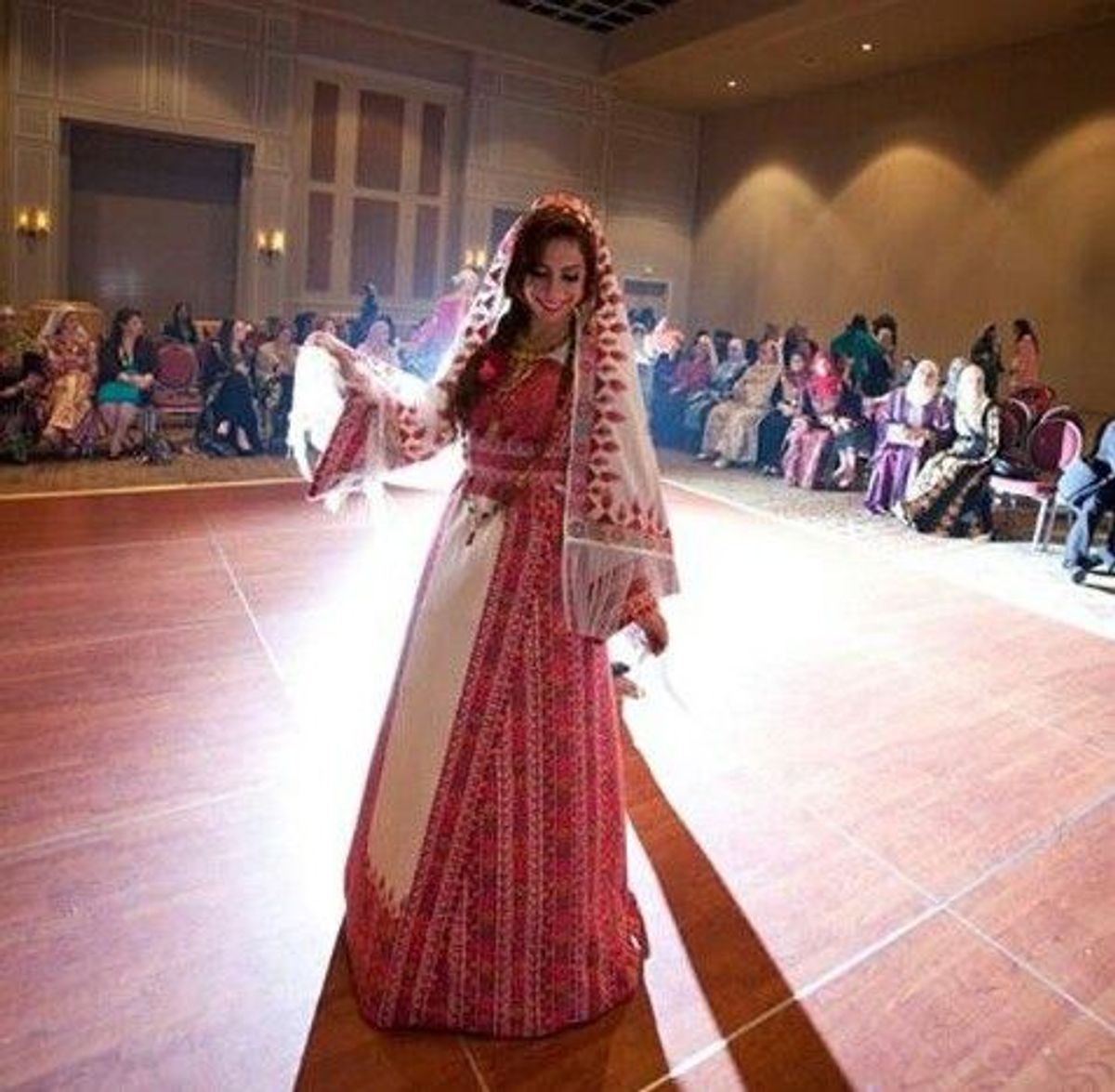 Arab weddings are the only types of weddings I’m truly familiar with, the only traditional style of wedding I’ve been to and the cultural wedding I will eventually have once or if I get married. Every wedding I’ve been to, whether in the Middle East or the U.S., stay true to their roots in Beit Sahour (the village in the West Bank where my family is from). These weddings boast a specific process and the actual wedding lasts days, with lavish party after party for guests to attend. Many people are usually in attendance and they always dress in formal attire. I have outlined the long process below, starting from the families agreeing on the couple to wed all the way to the wedding day itself.

The “tulba” is essentially a formal asking of the hand. This event is more private, limited to the close relatives of the bride and groom. It occurs after both families have approved the couple’s decision to wed. At the “tulba,” the groom, alongside with his family members, ask the bride, with her family by her side, for her hand in marriage. The families then officially acknowledge that the two shall marry.

Soon after the “tulba,” the couple becomes engaged. They become officially engaged once they have a small ceremony conducted by a priest. Following this, they have a reception type party with food, music, and dancing accompanied by all of their family, relatives, and friends!

This is a gathering between women on both sides of the family and it is held at the same time as the “radwa.” The party is traditionally put on by women on the groom’s side and takes place at the bride’s family’s house. First, the women on the groom’s side gather at the groom’s family’s house to set everything up. They knead dough in bowls to create henna. These bowls are decorated with flowers that adorn the henna which adds some color to the thick green substance. After this, the women fill small bags with candy, and then place the bags on trays, like party favors. Coin skirts and/or fans are also possible items that are passed out at the henna party.

Once these preparations are complete, the female members of the groom’s family make their way to the bride’s family’s house. Only the women on the groom’s side wear the traditional “thobe” dress along with the bride. It’s to signify their status as relatives of the groom. Dressed in their traditional clothes, the women on the groom’s side of the family dance with the bowls and chant, with the female members of the bride’s family joining along. The bags of candy, coin skirts, and fans are passed out. The coin skirts are usually worn or used as a kind of handkerchief. After the singing and dancing, the bowls of henna are presented to the bride. Towards the end, the mother of the groom and the sisters and/or female first cousins of the groom present the bride with a gift, usually jewelry. They tend to dress the bride with the jewelry that they present to her.

Following these two events, the genders mix and have a party which is similar to, but less extravagant than an engagement or wedding reception.

A day or two later, the “big day” finally arrives! For an Arab wedding, preparations begin at the crack of dawn. The bridal party has a lot of work to do, along with the close members of the family on both sides. The bride, along with her family are separate from the groom and most of his family prior to the wedding. They are usually at each other’s family houses. Once everyone is finished getting ready for the wedding, the groom’s side of the family (without the groom) go to the bride’s house to pick her up. They sing, clap, and escort her and her bridesmaids (or just maid of honor in most cases) into the car/limousine to be driven to the church.

A little bit later on the groom and his family tag along closer to the ceremony. The groom is taken into the church while the bride and the bridal party wait in another part of the church. The guests file in, and then the ceremony begins. The bridesmaids (or usually solely the maid of honor) walk down the aisle with the groomsmen (or the best man). After that, the bride is escorted down the aisle by her father or uncle. The religious ceremony begins. My family is Orthodox Christian, and so are most Palestinian Christians, so a traditional Orthodox ceremony would be performed in an Orthodox church.

A lovely reception is proceeded by the wedding ceremony. The guests always arrive before the bride, groom, wedding party, and close family arrive since they are usually taking pictures and such after the ceremony. The party gets started when the newlywed couple arrives. They strut into the reception hall, hotel, outside gathering, or church hall with grace and happiness in their step. Their family and relatives engulf them while clapping and dancing to the music that is played by the band or DJ. It’s their time to shine as everyone looks on with joy! A really cool informal tradition that we take part in is seating the bride and groom on chairs and carrying them in the air (close enough so that they can dance with each other, of course). Oh and let’s not forget the round table that some guests like to bring out and have the couple STAND on! These practices are definitely not for the faint-hearted or those afraid of heights, as you can probably tell. So, I probably won’t be so quick to stand on a table that is lifted in the air at my future wedding (I hope my relatives are reading this).

After some of the dancing, food is served. I can assure you, the meal is guaranteed to be super Middle Eastern and as a result, quite yummy. We usually start with some appetizers like hummus, baba ganoush, falafel, vegetarian stuffed grape leaves, tabbouleh, and tons of pita bread! For the main dish, lamb and rice is pretty common.

A cute tradition that has become more popular in the recent decade is what I call the “candle ceremony”. Pretty much, a slow song comes on and the bride lights two big candles and begins to dance with them, like a solo. While she starts this dance, all of the women at the reception receive their own candles that they light up. After this, they form a line (which eventually turns into a circle) and each woman (married or unmarried) takes turns dancing with the bride in a ritual manner. Once everyone has gone, a fast, upbeat song comes on and the guys take their turn for their ritual! They all wear a hat called a “tarboush” and usually carry canes and start dancing, usually jumping up and down to the music. The groom is in the middle and is usually lifted in the air.

Once these two rituals are over, the cake is served! The newlyweds open a bottle of champagne and cut/take their first bites of the cake. Everyone is then allowed to have a share of the cake and continues dancing/partying until the night is over!

The final celebration is the “ferdah." This party is exclusive to only the closest family members/relatives on both the bride and groom’s side. It usually takes place at the bride’s family’s house. The bride’s family hosts the party and the groom’s side of the family traditionally brings fruits and nuts as a gift. It’s a smaller gathering, but still just as lively as the other parties during the engagement/wedding process.

Now you know what Arab weddings are like, specific to Palestinian Christians from my family’s hometown of Beit Sahour. It may be a small village, but every summer, or what I refer to as “wedding season,” love is in the air and many weddings are held. In fact, my family and I were invited to five weddings in one year once, all during the summer! I love my culture and the traditions of that little town where some of my family still lives so much. I hope that you learned something new today, and when invited, always go to an Arab wedding! They are amazing and you are guaranteed to have the time of your life!