17 Acoustic Songs For When You Have A Burning Wanderlust

17 Acoustic Songs For When You Have A Burning Wanderlust

This one goes out to all of the fellow small neighborhood folks with big ol' dreams in the big ol' world. 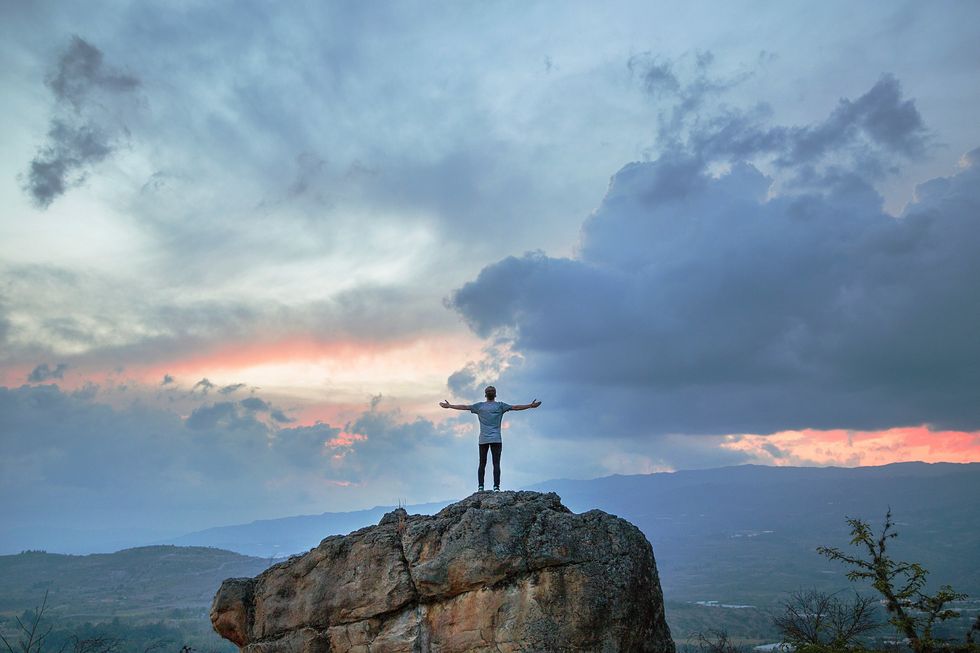 I spent my entire childhood and teenage years in southeastern Pennsylvania. I lived in the same city in the same neighborhood in the same house up until I was eighteen years old. I went to a small grade school and an even smaller high school. It seemed like everyone knew everyone. It was suffocating.

By the time I was a senior in high school, I knew there was absolutely no way I was spending the rest of my life in the same town with the same people who saw me trip on the playground and sprain my wrist.

When college decision time rolled around, I'll bet you that nobody was surprised I chose to go to a university nearly fifteen-hundred miles away.

While the decision was terrifying, I knew this was the choice that would make me the happiest. Still, the terror of transitioning from a class of 87 students to a class of about 10,000 students was waging a war against the excitement of starting anew.

To cope with this and keep my sights on the future, I made a playlist full of acoustic songs about travel, new beginnings, and running away to a bigger and better life.

Here are a few of my favorites from that playlist.

This song was part of a charity event to support PBS's "The National Park Experience". While the charity event is over, the song's message still remains. The song paints a picture of two people hiking in a forest, singing that they "belong here with the Great Tetons."

2. "Change Is Coming" By Winter Woods

Opening with an imagery of a sunrise on a new day in the middle of the woods, this song is really gorgeous. It's about waking up and feeling like your life is about to change for the better.

3. "Changes" By Langhorne Slim & The Law

Much like the previous song, this song is about changes that are happening in your life. However, unlike "Change Is Coming," this song is about feeling apprehensive about them. It's ok to feel nervous about your how life is about to be different; just don't let those fears stop them from happening.

This one's a bit more somber. This is about a man singing to his significant other, mourning over the fact that he must leave her; his desire to move is greater than his love for her.

5. "into the wild" By Lewis Watson

On a happier note, this song is about the possibilities that can happen once you step out of your comfort zone. The world is different, but sometimes different is better.

This is a song about watching someone leave and your relationship beginning to strain. What I love most about this song is the fact that relationship is vague enough that it could be interpreted as either romantic or platonic; breaking friendships can be just as painful as breaking relationships!

7. "Cecilia And The Satellite" By Andrew McMahon in the Wilderness

Ok, this song might not be "acoustic" per say, but it fits this whole "wanderlust" theme pretty well. It's about watching and supporting a loved one as they rise and go off to do great things.

8. "Drops Of Jupiter" By Train

This is a classic Train song. I love the imagery of a girl flying around space and exploring the galaxy while trying to find herself while her friend sits back and waits for her to return with her stories. It's a nice reminder that while you're out chasing your dreams, there are plenty of people back home who are waiting.

I love songs about supporting someone as they travel and find themselves; they remind me that there are people that are looking out for me. This song is such a perfect example. "I'll be laying right by your side in Barcelona."

This song is the definition of Wanderlust. It's about someone asking his partner if he/she would want to come with them on their journeys. The Earth has some gorgeous scenery that's best seen with a friend. Not to mention, the paper cutout stop-motion style of the music video is absolutely stunning.

Besides being the absolutely perfect travel montage music, this song definitely captures the spirit of traveling with your friends.

This is another slightly somber song. This is about a man singing to his partner about how their love was the only thing he had ever known, and it was time to move on and see other things in the world.

This song is about a man who travels the world and loves it but remembers and loves his home and friends, using the fact that everyone on Earth sees the same stars at night to remind him.

14. "Drop Everything" By Barcelona

I love this song so much because of the clear story it tells. It's about someone watching a girl and her less than happy life from a distance, and as the song progresses he builds up the courage to ask her to run away with him and away from the things that are making her life miserable.

I'm somewhat convinced The Paper Kites are fairytale creatures because I can't think of another reason how they could encapsulate the exact feeling of running in the middle of the woods in song form.

This guy has the same name as me so, legally, I had to include him. This song might not necessarily be about desiring to leave and travel, but there's something about the repetition of the "I'll go" at the end of the song that makes me want to go up to a train station clerk, smack my credit card down, and say: "Surprise me."

Let's end this playlist on a happy, hopeful note, and I can't think of a better song to achieve that than with "Geronimo." This song is an anthem to anyone who wants to go out into the world and chase their dreams with your friends right beside you.

So, do it! Get out there! Geronimo, fellas!