Looking for a new book to read? Well look no further! 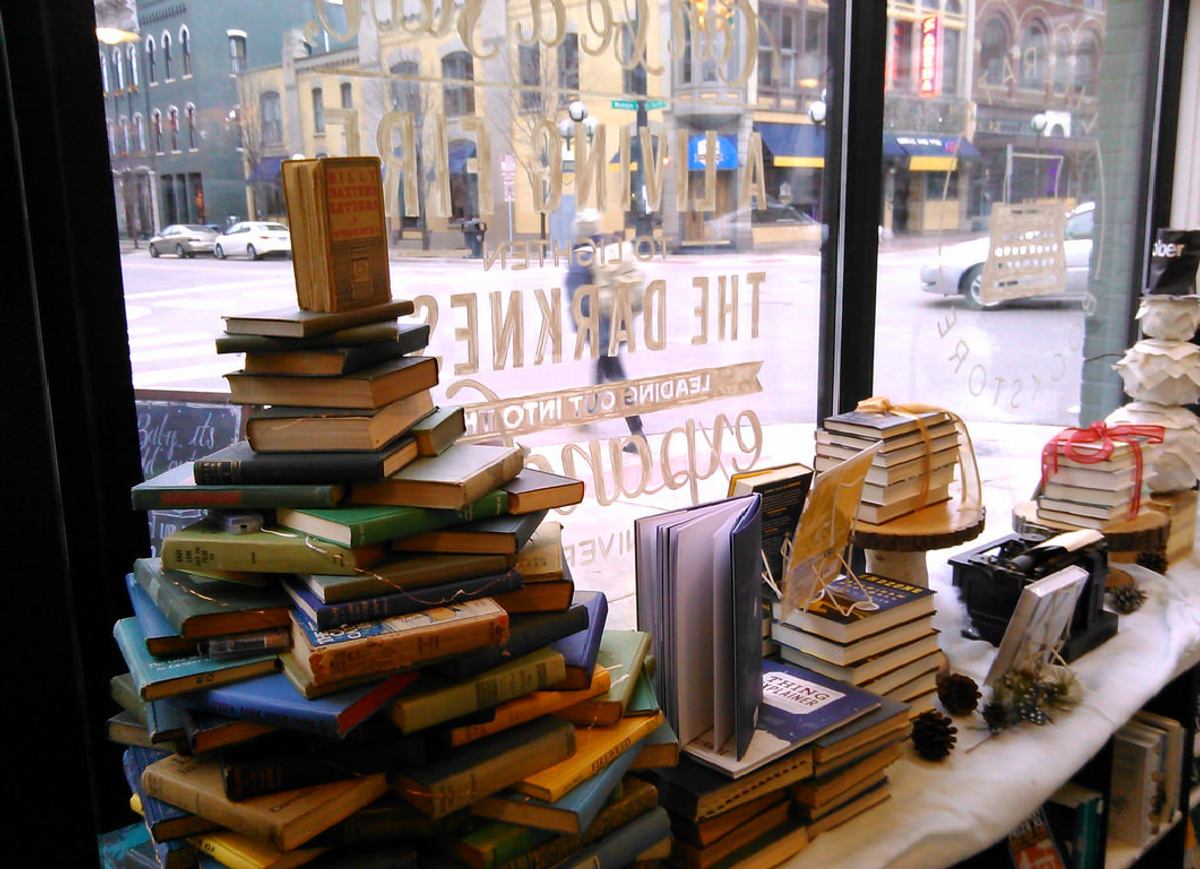 National Book Day is August 9 and the Wake County Odyssey Team wanted to share with you some of our favorite books.

Lucas says, “It’s a sci-fi novel that focuses on the journey of a young boy who is being trained with other selected youth to serve as commanders for Earth’s Military. As he moves through the schools, he learns many life lessons, makes friends and enemies, and is put in an ethnically challenged situation by the end of the book.

There’s a lot of cool themes for leadership. The U.S. Marine Corps has it as a required read for Lieutenants being promoted to Captain.”

Lord of the Flies by William Golding

Jillian says, “I won’t summarize it because y’all have probably already read it before. I used to hate it but as I got older I started to like analyzing the symbols in it. I like the depth that you can get out of reading it when you’re older.”

Robin says, “It’s about an ex-con who gets dragged into a feud between old gods trying to survive and new gods trying to conquer. Here’s a lot of different cultures represented, all in respectful ways, and some cool LGBT+ moments.”

To Kill A Mockingbird by Harper Lee

Shannon says, “It’s set in Alabama where Atticus Finch (lawyer) is instilling in his children (Scout and Jem) high moral values. At the time the novel is taking place, race tensions were still high and Atticus, while defending an African American man. {Atticus] wants to prove the man is innocent and expose the prejudice of the town. Scout and Jem are really curious of another individual in town, Boo Radley. Boo is a man who never leaves his home but over the course of the novel he begins to have minor interactions with the children (the kids leaving notes for him and Boo leaving trinkets in a hole in a tree for them.) One night, Scout and Jem are attacked on their way home and Boo saves them. Boo then enters his home and never leaves again.

Basically, this book is all about morals and doing what is right even if you get criticized for it.”

When the Emperor Was Devine by Julie Otsuka

Chloe says, “…It tells a story about a Japanese American family sent to an internment camp in the Utah desert during WWII. The novel uses very interesting switches of point of view to tell the story from each family member’s side and is a reminder of what happened to Japanese Americans during this time period. It’s a heartbreaking, but powerful story with beautiful writing.”

Rachel says, “I love all the characters and the plot of the story is just sooo good.”

Gone With the Wind by Margaret Mitchell

Jenna says, “[Gone With The Wind] is over a thousand pages and the first time I read it all the way through [I] was in 7th grade. I felt a strong connection to Scarlet O’Hara, the main character of the book in a time of the American Civil War…the only that mattered to her was finding a husband…I liked it so much because at the end, her home, Tara, was in ruins, but she was determined that home was literally where her heart was, not with a person, but a place. She didn’t need a man to fix herself or her life, she just needed herself.”

The Last Lecture by Randy Pausch

Lauren says, “[The Last Lecture] us an excellent autobiography about achieving your childhood dreams and leaving a legacy. Would highly recommend!”

Savannah says, “…the idea of individualism and individual spoke to me as a teenager and still speaks to me today. No matter how many times you read it through, you can always find something new to learn and pick through. It’s great brain food.”

Tipping the Velvet by Sarah Waters

Blair says, “This is one of very few books I actually read all the way through in college. Nan comes from a working-class family that owns a restaurant where her job is oyster shucking. She has one outlet in her dull life and that is going to the local music hall. It is at the music hall where she sees Kitty Butler perform. Nan is captivated by Kitty’s voice and performance so she saves up her money to see Kitty perform as often as possible. When Nan meets Kitty she truly falls for her and becomes Kitty’s dresser before becoming part of the act herself. But as time goes on and talk begins about the two being more than friends and fellow entertainers a split occurs and Nan finds herself alone. This is where the story takes off and Nan transforms into a dandy, a girl-boy in a man attire, who attracts many clients.

This story evokes so many different emotions. It’s a love story, a coming of age story, a journey…it inspires pathos for the characters and I definitely recommend it.”

Emma Hyatt
3725
The Truth About My Parents' Divorce