What It's Like To Volunteer At A Juvenile Correctional Center

What It's Like To Volunteer At A Juvenile Correctional Center

Some deserve a second chance 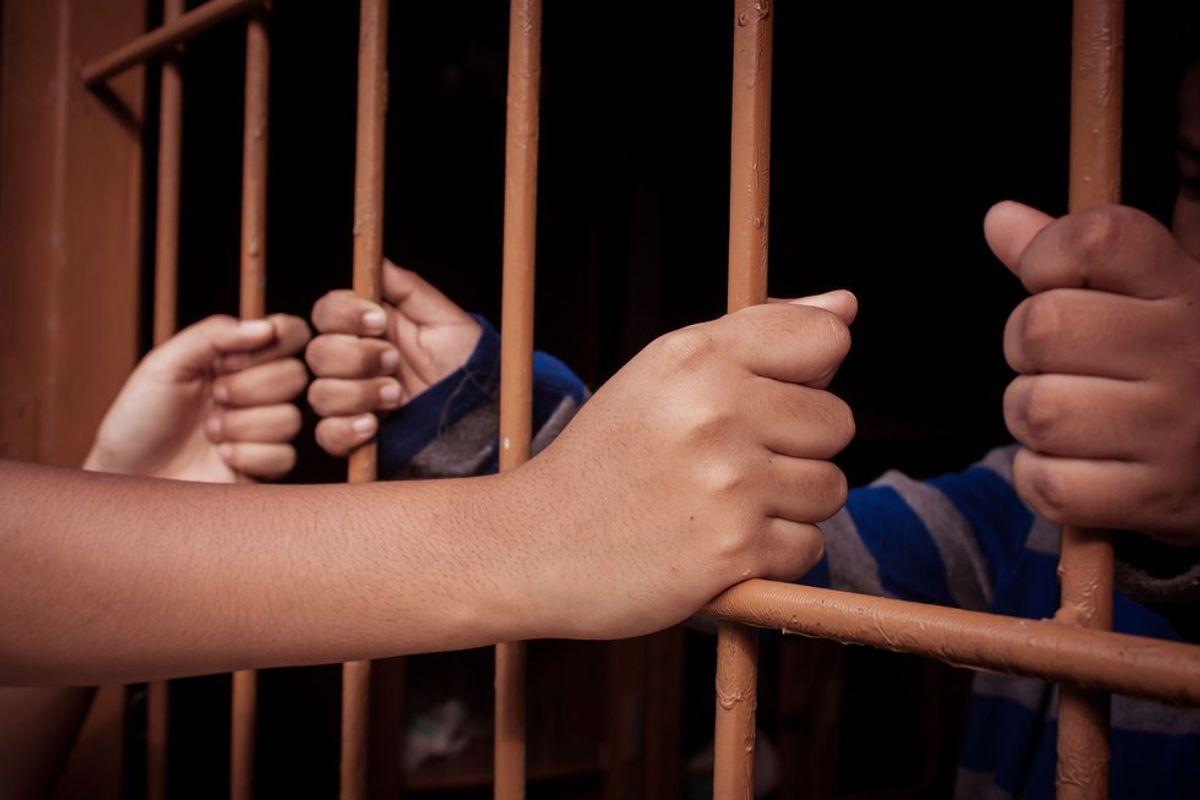 Last semester, I volunteered at Bon Air Juvenile Correctional Center in Bon Air, Virginia, near Richmond. It's a coed facility serving both young men and women that range from ages 14 to 20. These residents have been committed by the juvenile court and convicted of an assortment of crimes, from small misdemeanors to serious felonies. The facility offers them educational, vocational, mental health, and rehabilitative counseling services, as well as academic and vocational training. They may also be placed in specialized treatment programs for substance abuse, aggression management, sex offenses, and intensive therapeutic programming. Residents are able to earn a high school diploma or general equivalency degree while at the facility. Recreational, religious and volunteer programming is also available to residents. Communication with family members by mail and phone calls is encouraged. However, family members are only able to visit the facility once a week.

I specifically worked with the Pathways Program at Bon Air Juvenile Correctional Center. Pathways is a private, non-profit community development corporation that works to rebuild and strengthen the city of Richmond and, more importantly, its young men and women in need of help and guidance. It strives to be a neighborhood partner that effectively builds pathways to employment, good health, and a revitalized community. Pathways’ vision for Richmond is to create a community that offers a quality of life for all to live, work, learn and thrive. The program believes that the city has the ability to become a commercial community with good schools, a strong housing market, safe streets, and public and recreational services for everyone. In order to make this vision a success, Pathways must continue to stand as a catalyst for the spiritual, social, and economic revitalization of Richmond while still awakening hope.

The social issue that Bon Air’s Pathways Program addresses is delinquency among youth. Some of the crimes committed range from minor offenses to major felonies. The majority of the causes behind these acts include poverty, gangs, drugs, neglect, abuse, or simply the neighborhood that children are raised in.

One key element of the strategy for addressing the problem of delinquency employed by Pathways is to treat the residents as what they are: human beings. Ashley Williams, Pathways’ Retention Coordinator, led the sessions that I attended with the group. The boys adored “Miss Ashley,” and the volunteers idolized her just as much. On the first day of volunteering, one of the first things that Ashley told the other volunteers was that this was a peer mentorship. We are not just teaching the residents, they are teaching us as well. This idea was one that stuck with me throughout my time with Pathways this semester.


Every evening that we meet with our Pathways group, we sat in a circle and checked-in with the residents by asking how their weeks had been going. Check-in was followed by a listening activity in which each volunteer was paired with one resident. The activity began with Ashley reading out a question that one partner had to answer while the other would listen. Afterward, Ashley asked the room if partners found any similarities in answers or what people thought of each other’s answers. The session typically ended with a group activity, such as crossword puzzle competitions or recreational sports, and volunteers and residents had the opportunity to mingle with one another. And, of course, every activity was accompanied with a delicious snack.

One evening, one of the residents asked me if I played any sports in high school. I told him that I loved playing basketball, even though I wasn't that good. The resident immediately stood up from out of his chair and screamed, "Miss Ashley? Can you arrange a basketball game for us next week? We got to get Colby out on the court." Ashley did just that.

We first participated in some drills to get us warmed up for the game. I was surprisingly draining all of my baskets, and teased the other residents for not being "as good as me." When it was time to play the game, all of the residents wanted me on their team, so Ashley picked the teams to make them fair. I ended up on the team with the young man that requested an evening of basketball. It was tie-game for the majority of the time until I happened to make the winning basket. The residents on my team got on their knees and started bowing down, saying "All hail Colby!"

I believe that casually spending time with the Pathways boys and not drawing attention to the fact that they are all there for a reason is the best possible strategy to address delinquent behavior. During a separate session, Ashley asked residents to name their favorite day of the week. The boy I was partnered with smiled and answered "Mondays," the same day volunteers came to visit. He proceeded to explain that, after being locked up with the same people all week, he had Monday nights to look forward to because a group of people willingly decided to come in and spend time with him and his fellow inmates.

The Pathways Program can be improved in a number of ways, from assisting residents in preparing for interviews to sharing common practices in the workplace for when they are able to leave the facility. On my last night of volunteering, one of the young men had filled me in on his potential plans for the future. He said that the following day one of his supervisors was going to bring him a list of smaller, private schools that he had a chance of getting into once he was released. He also told me that he was expected to have a shorter sentence than planned. If this were the case, he would attend community college in his area and search for a job to get him back on his feet. He said he was very nervous because, if interviews were involved, he was not confident that he would be able to present himself well, and that his not-so-clean record would be an issue. Therefore, I believe that providing counselors or other types of resources that inform residents of what to expect when working for their first job or how to confidently prepare for an interview would be very beneficial.


I had a very good experience working as a volunteer for the Pathways Program at Bon Air Juvenile Correctional Center. My experience was so pleasant that I hope to find time in my schedule next semester to return and continue working with the residents.