My trip to the Wizarding World of Harry Potter in Orlando not only met, but exceeded my expectations as well. 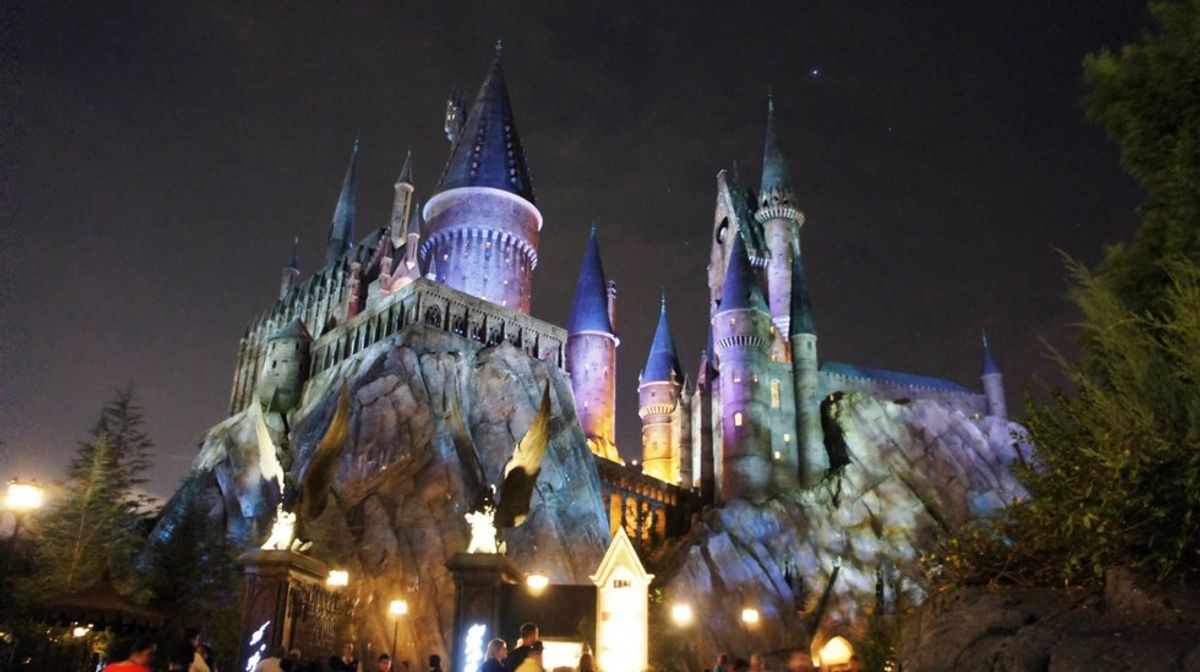 If anyone asked me what I was most looking forward to for my vacation to Orlando, the answer was easy. The Wizarding World of Harry Potter.

I've been a huge fan of Harry ever since my mom read me the first book when I was four years old. The stories always captured my attention and I found my imagination running wild, picturing the things from the books.

The series was brought even more to life for me when the movies started coming out and they just made me more obsessed. So, it was easy for me to know what I would be most excited for on my trip.

When we finally found the entrance to Diagon Alley at Universal Studios, my mouth dropped and I knew that all of my expectations would not only be met, but exceeded. We went straight to Ollivander's wand shop to buy our own wands that would let us "cast spells" in certain spots in the park. I, of course, bought a Ron Weasley wand as he has always been my favorite character from the series.

The Knight Bus, as seen in the third installment in the movie series, "Harry Potter and the Prisoner of Azkaban", was sitting directly across from Kings Cross station. I went to get my picture taken with Ben, the conductor, and we talked about the Hogwarts house points.

While walking down the streets of Diagon Alley, I heard a loud noise and felt the heat of the fire. I looked up to find Gringotts Bank right in front of me.

I knew there was a 4D ride inside so I immediately got in line. While waiting to get onto the ride, the line took us through the bank, which was an exact replica of the movie there was not a single detail missed. Old copies of "The Daily Prophet" (the wizard newspaper) were sitting around and even had moving pictures to look at. The ride was amazing and it featured characters from the movies.

One of the best parts of this park was the fact that we got to ride the Hogwarts Express from Diagon Alley to the other side of the park, Hogsmeade. The line moved quickly and before we knew it we were on the train. Out the window was a video that looked like were leaving London and it featured popular characters.

The best part of the whole Wizarding World experience to me was Hogwarts. Not only did we get to walk through and see tons of replicas from the movies, but the castle held my favorite ride. This was a motion simulator which made the rider feel as though they were on a broom following Harry and Ron. I couldn't keep myself from smiling the entire time.

Overall, I could not have been happier with the way Universal brought this story even more to life. I felt like I was actually there in Hogwarts or Diagon Alley and it was an amazing feeling. Being placed in one of my favorite stories since I was a child was very overwhelming in a very good way. I definitely recommend making the trip to The Wizarding World of Harry Potter at Universal Studios to anyone who loves the series.