Victoria's Secret Has Taken Over The World
Odyssey
CurrentlySwoonLifestyleHealth & WellnessStudent LifeContent InspirationEntertainmentPolitics and ActivismSportsAdulting
About usAdvertiseTermsPrivacyDMCAContact us
® 2023 ODYSSEY
Welcome back
Sign in to comment to your favorite stories, participate in your community and interact with your friends
or
LOG IN WITH FACEBOOK
No account? Create one
Start writing a post
Entertainment

Victoria's Secret Has Taken Over The World 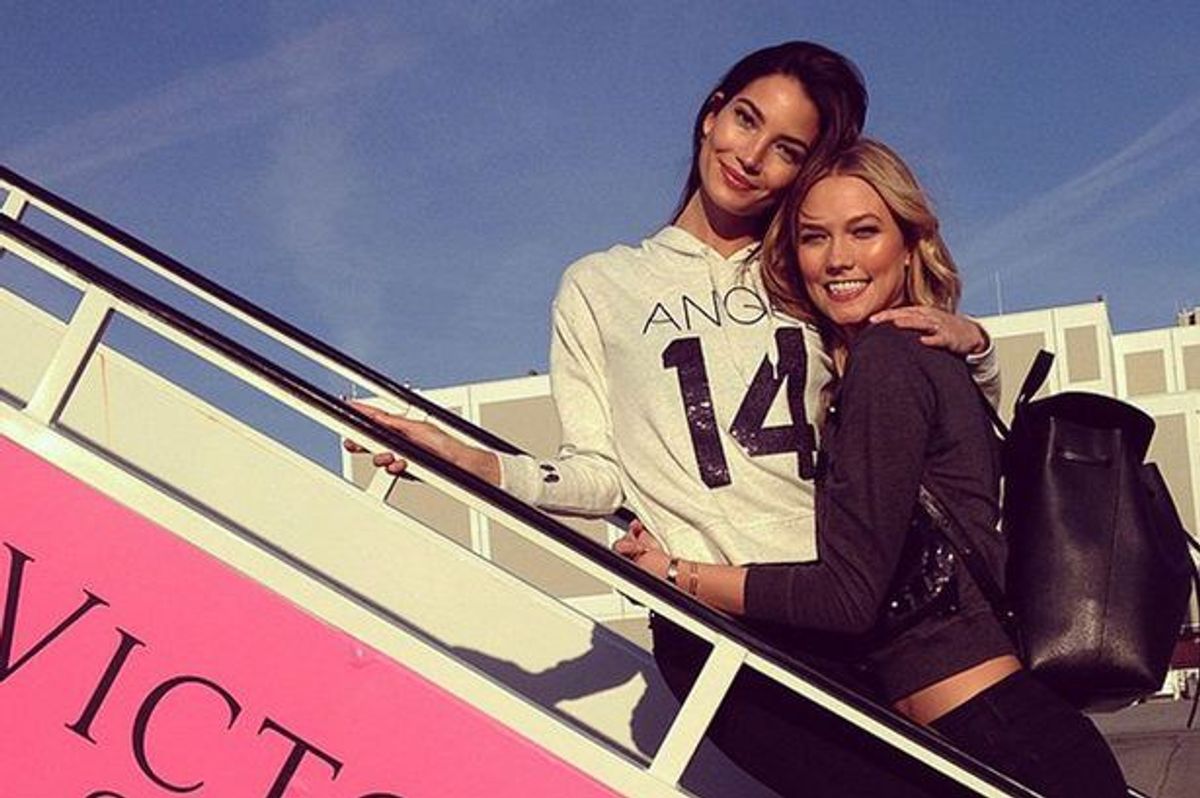 I often ask myself, “How do they do it?”

You’re probably wondering what I am referring to.

It is no secret, excuse the pun, that almost every girl in probably the history of the world has been envious of a Victoria's Secret model. If you say you haven’t, odds are you’re probably just lying to yourself.

You tell yourself that you are more satisfied by the box of Domino’s pizza next to you than you would be walking around a stage half-dressed to a hit song by Selena Gomez, Taylor Swift or any other fashion show headliner, but deep down, you know you are just saying that to make yourself feel a little bit better.

Anyways, it never fails that each year millions of people tune in to watch (I have no clue why but snacks are always present) and obsess over Candice’s beach waves, or the fact that Behati Prinsloo is married to Adam Levine and also happens to be the most badass person ever.

"I mean, I'm sure I could look like that, too, if I really tried..." And we just keep kidding ourselves.

Aside from their good looks, or their uncanny ability to pose in a bathing suit in every slightly awkward position imaginable, there is more to these women than meets the eye.

So how does Victoria's Secret seem to win every time?

I just checked Instagram and the first thing I saw was a photo posted by Karlie Kloss. The long time BFF of Taylor Swift and former Angel has a grand total of 3.7 million followers and 1,596 posts and counting.

Behati, Candice, Alessandra and Adriana have a grand total of 21.5 million followers combined. And this is just Instagram alone.

This year, Victoria's Secret did something for its fashion show that I believe helped to boost viewing numbers even higher than they already were. The show featured two stars that have helped to cultivate the millennial generation's attraction to celebrities: Gigi Hadid and Kendall Jenner. These two are the face of modeling for our generation, and it is no wonder that they have drawn so much attention to the already famous brand.

Aside from the brand’s huge social media presence, I believe the second biggest “win” factor is that once these models grace the stage for Victoria's Secret, they become famous in their own right. They mix and mingle with Hollywood's elite and their success in other areas of the modeling world, brings people’s attention right back to Victoria’s Secret.

The Angels have made special appearances on numerous talk shows; they walk in fashion shows and pose for some of the most famous brands all over the world (Vogue, Calvin Klein, Versace and Prada, just to name a few). The show in 2014 also raised $2.5 million in ticket sales that were auctioned off by charities.

These are just a few reasons why Victoria's Secret wins at life, and it is more than just women walking around a stage in extravagant lingerie.

So while we sit here and eat our fourth slice of pizza, you just keep doing you and we will just enjoy the show.

QueenRadhi
The State University of New York at Stony Brook
2997