An overview of an album that deserves more attention. 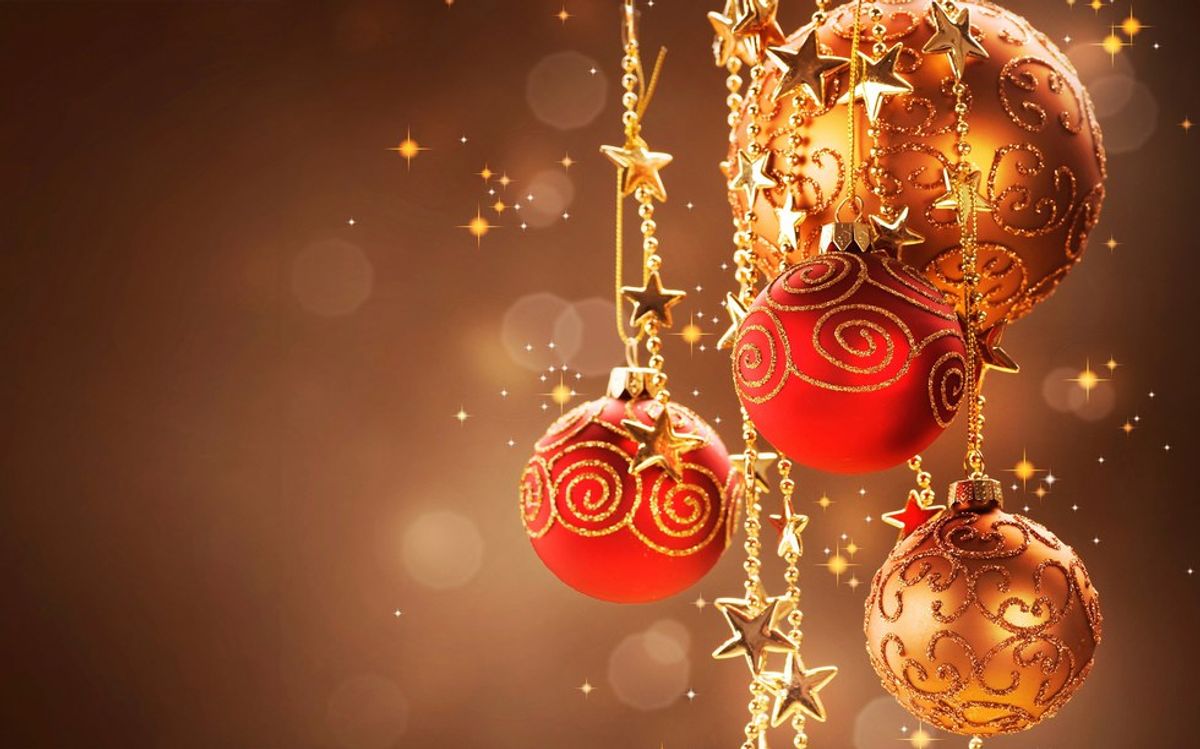 The Christmas season is here again, and with it comes the music that we associate with it. Also, next year will be the 30th anniversary of the first installment of A Very Special Christmas, a string of albums that has raised an enormous amount of money for the Special Olympics. The album's lineup ranged from stars who were utterly ubiquitous at the time (Whitney Houston, U2, Madonna) to those whose dominance in the U.S./U.K. at the time were on the decline (The Pointer Sisters, Eurythmics, Alison Moyet). With that in mind, let's dissect the album!

"Santa Claus Is Coming to Town"

The Pointer Sisters kick off the album, with an arrangement seemingly inspired by this version by The Crystals, produced by the inimitable Phil Spector. The Sisters positively exude soul into their vocals and propelled by a rollicking backing track, it's an energetic start.

If The Pointer Sisters tackle their song with abandon, the Eurythmics take a rather different approach. Turning the song into a relatively simple synthpop affair, the real star is Annie Lennox, whose performance is a textbook example in restraint. Though her vocals are layered in some parts, and she lets her pipes run wild in parts, her straightforward reading of the main part showcases a voice that's as rich, smooth, and creamy as a glass of eggnog. This one's worth staying for.

"Do You Hear What I Hear"

If Annie Lennox was an exercise in relative restraint, Whitney Houston's version of this song is perhaps the opposite. While she never gets out by control, her gospel-influenced version is all over the place, with her signature runs quickly filling up any space left in the song. Not bad, but pales compared to Bing Crosby's stately version.

Bruce Springsteen & The E Street Band actually do a live version of this song. If you're not a fan of Springsteen, don't bother.

"Have Yourself A Merry Little Christmas"

Like Annie Lennox, The Pretender's Chrissie Hynde knows how to combine a straightforward reading of a well-worn standard with some of their respective embellishments. Their reading is dominated by a rimshot-driven drumbeat, bass, and a lot of guitars with what sounds like keyboards mixed in. At the center of it is Hynde's strong, husky voice driven by vibrato and a few yelps. A nice rendition.

In case anyone needed a kick after The Pretenders and their ballad rendition, here comes John Cougar Mellencamp with a caffeinated drummer, an accordion player and some Appalachian instruments for additional flavor. A nice one for the kids.

And, we're straight back to ballad mode. Despite the whiplash, this is one of the more obscure song choices. Sting is in complete control here, backed by a synth-dominated track and adding voice tracks until a cascade of Stings take over with amazing power. The rendition is so stirring and excellent, you wonder why more churches don't sing this song around this time of year. (If you have the time, check out this dramatically different re-doing Sting did several years ago.)

One of the originals on the album, and being used to humorous effect in Die Hard, it also boasts one of the best grooves. The raps that Run-D.M.C. spit out aren't terribly complex, but that backing track (with its various samples) is addictive.

Another track immortalized by Phil Spector and Darlene Love, U2's version is actually a step above the original version. Apart from The Edge's dark guitar, and Bono's powerhouse vocal (soulful or histrionic, depending on your point of view), the best decision they made was changing the key of the song, therefore helping accentuate the pain running the song's lyrics. A definite highlight.

More energetic than Eartha Kitt's definitive version, but that's not necessarily a good thing. Though peppier, Madonna's vocal is awfully petulant. Not one of her proudest moments and a missed opportunity on the album.

Another well-worn favorite given a 1980s makeover, though Bob Seger's raspy voice (combined with the key the song is in) aren't a good fit for the song. Besides, there are two definitive versions of the song: the one done by The Vienna Boys Choir, and the Bing Crosby and David Bowie duet with Bowie singing the original "Peace on Earth" as accompaniment.

What sounds like a live rendition of the song most associated with Chuck Berry. Something that will the kids dancing, but if you're not a fan of Bryan Adams, this one isn't a keeper.

"Back Door Santa"/"I Wish Every Day Could Be Like Christmas"

Apparently, there are two songs that Bon Jovi did (one being a live cover version) that are on this album (depending on which version you buy). They both suck. Don't bother.

An obscure song choice and the best cut on the album. Singing without much accompaniment (at one point, multiple tracks of Alison Moyet combined together sing without any instrumental backing), Alison Moyet's voice is often combined with multiple tracks put together, though her vibrato-laden, husky voice still shines in all its glory. The music is haunting, and Moyet shows admirable restraint until the end, where she lets that soulful wonder run wild. A permanent addition to any Christmas playlist.

Ending with another familiar favorite, Stevie Nicks gives her own rendition of the hymn. Nicks is a strong singer, but when she deviates from the original melody, her raspy beat is distracting, though layering her vocal helps. Also, those background singers are wholly unnecessary. Not the best way to end the album.

There you have it. The cause it benefits is worth buying the album alone, but there are some gems amid an uneven collection. Merry Christmas and Happy Holidays, everyone!