Why I Value Private Education
Odyssey

Why I Value Private Education 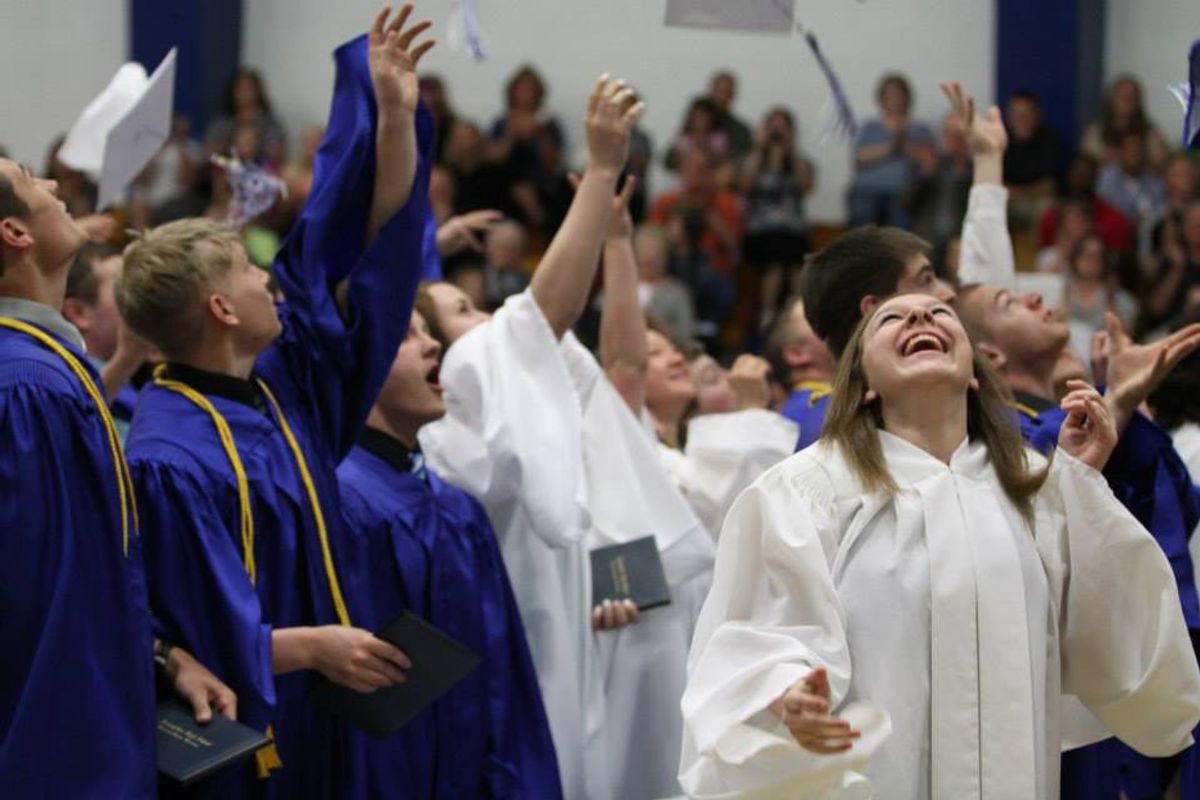 I went to elementary school at the local public school. It was a nice school, and I liked it there, but when I switched over to the private Catholic school system, I noticed such a considerable shift in culture. My middle and high schools were tougher and stricter, and they made me who I am today. Here's why I value my private school education over the time I spent in public schools.

Private schools challenged me to become a better person.

Let's face it: our culture is one rife with moral relativity. Society tells us more and more that nothing is wrong, just different or misunderstood or misrepresented, and that's not always true. It's why more and more, morality and religion are becoming subjects that should be kept "hush-hush" in public spaces, including public schools. In my high school, students were encouraged to discuss such subjects both in and out of the classroom setting.

And all of it was a good thing, a forum and a setting in which we had time and opportunity to grow as people and to think about they way in which we think. When we are self-aware, we have room to understand and improve ourselves, and to grow as individuals.

Private schools taught me to think for myself.

Catholic schools aren't about telling people what to think or do. If they were, there wouldn't be anyone in those classrooms who either weren't Catholic themselves or didn't have Catholic parents. But there were. The schools were open about their religious biases, and every student and parent involved in the school system was well aware of them.

Those schools were built on a principle of classical learning, of logic and philosophy and science, of learning to analyze and debate and question and think critically. They were built on providing information, but not forcing anyone to accept that information as their own personal philosophy. Not everyone was perfect at holding up this standard, but everyone understood that part of being human is being imperfect. We learned that criticism isn't always negative, that questioning is healthy, that blind faith is problematic, and that education and personal opinion are important.

The school was aware of its limitations—that it couldn't force anyone to accept, follow, or believe in Catholic teachings. It was also aware of its responsibilities—that it would not be acceptable to condone blind faith (even at the possible cost of losing potentially devout Catholics) because doing so would not be treating rational human beings as though they had human reason and individual free will.

My school had a strong sense of community and the responsibilities involved in being part of a community.

Being part of a private school is being part of a community, and—what's more—a family. Sometimes we're dysfunctional. Sometimes we disagree. But at the end of the day, we're family. We get together and support each other, whether it be showing up to the big rival basketball game, visiting old friends and teachers, or coming back after graduation to volunteer at fundraising events or attend Golden Mass at Christmas.

Not only did members of my Catholic school family support each other, but they felt the obligation to support our town as a whole. We were encouraged to be involved in our schools, parishes, and communities, required to volunteer, and asked be good ambassadors for our school and community. We learned the value of hard work, the comfort of prayer, and the responsibility of representation.

My teachers cared about me as an individual person.

In private school, I noticed how much each teacher cared about his or her students, and how much they loved their jobs and the people surrounding them. If they didn't, they wouldn't have been in the business. Teaching at a private school is, admittedly, a tough job even with such high levels of commitment and passion—a job not everyone is qualified for. Teachers at a Catholic school care about their students as people and individuals. They care about not just their education and grades, but about their character, their personal growth, their achievements and lives and vocations.

The teachers at my school had high standards. Maintaining an "A" in all your classes gets harder when you have 7 or 8 classes at once, homework in each every night, and a grading scale that measures to the thousandth of a percentage point with an "A" being set at 96.000%. There were expectations, to say the least. But those expectations were meant to make us strive to work harder, to be better, and to learn more, and the teachers were not without mercy and a sense of justice.

Going to private Catholic schools changed my life and my perspective—and, I would argue, for the better. I was encouraged to succeed in all realms and supported when I struggled. When I thrived, I was not only congratulated, but motivated not to remain stagnant there, but instead to continue to strive to do ever better.

While private education isn't perfect, it is valuable, and for me, worth every hard-earned penny.