A revised version of a short story I had written about 2 years ago about the start of a new relationship on Valentine's Day. 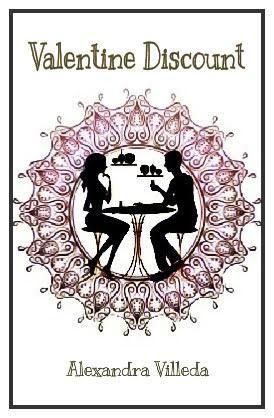 The bus stops. I get off and wave to say "see you later." I start my walk home, about three blocks down. It's the same routine on every weekday where I come back from my job at the office, not that it's boring, but I think that would contradict with the title of a creative marketing manager.

As I look around for what could be new, I'm surprised to find there is something. A poster brightly displayed on the local café window in shades of red and pink with two plain coffee mugs right in the center. I come to a stop in front of it, curious as to the new addition. It reads: Grab a cup of joe with someone you know (and love). 2 for $4.50. That's almost two bucks cheaper than a regular cup! About to go in with the only money I have on me (a 5 dollar bill), I realize there's another line to the promotion: Only for couples!

Well, isn't that great! It's bad enough I had to spend Valentine's Day at work until the day turned dark and now I can't even buy myself a sweet mocha latte. I know I'm being dramatic, but as I continue to stare at the image of coffee, I think I can justify it. I suppose I could just go home and get one in the morning or... I turn around to face the barren street, looking for a person - a man, woman, alien, it doesn't matter. Then, on a bench under the street lamp, I see the silhouette of a man who seems to be reading a comic book. He doesn't seem old, and hopefully he's not dangerous (that's what pepper spray is for anyway).

Before I can think through my plan, I walk over to sit beside the strange man. "Hey, I'm Fiona, what's your name?"

The man is briefly startled at the sudden noise and looks to me. He meets my eyes apprehensively, and says, "I'm Chris."

"Right, well Chris." I position myself to face him. "Can I ask you to help me with something real quick?"

The comic book is closed. "Um sure, what is it?"

No saving myself from shame now. "So, the café is having a special discount for coffee, but it's only for couples…" I glance to see his face and clear my throat to continue. "And I was wondering if you could pretend, for like five minutes, to be my boyfriend so I could buy the coffee?"

He raises a brow once I finish. "Oh, and I'll be paying for us both," I quickly add and pull out the bill. "I have enough for that."

Apparently, he found that funny, as he lets out a hearty chuckle, glances down to his book, and then back to me. "Okay... why not?"

My eyes light up at his response, and being all giddy, I grab his wrist and start pulling him to the café. I hear him let out a playful scoff, "Do you really need coffee when you have all this energy?"

"Yup!" I respond as he holds the door open. Sweet. I pause momentarily so that I don't literally drag him, and to my shock, he clasps our hands together. I look down, and then to him, and he just smiles brightly. I think he's a cheeky one…now I'm interested.

We walk to the counter and are greeted by a young man who seems to be in a peppy mood as he asks what we would like to drink. "I'll have a mocha latte and..." I turn to Chris. "What coffee do you like?"

He lightly shakes our hands and brings them up to place a light kiss on my knuckles. "What you get is good, babe."

I'm in such a daze that I barely manage to say "make that two" and give the barista the money. He's playing this up. I scoff in disbelief as we sit down in a small booth with our coffees. Chris peers over the mug rim. "What?"

Wordlessly, I point to my now-free hand. He just looks, shrugs, and goes back to sipping his drink.

After a moment, he says, "We had to act like a couple, no? Besides, it's not everyday a cute lady asks to fake having a boyfriend for a mocha latte."

He winks, and I'm flustering. "Yeah, well, it's a good drink." Looking down at my drink, I don't make eye contact. "So, what comic were you reading before this cute lady interrupted?"

Now it's his turn for his eyes to light up in pure joy. "Watchmen." And he goes on to tell me the whole plot and his favorite characters - I've never fallen so hard for someone before.