Uranus: This is Your Rebellion
Odyssey

Uranus: This is Your Rebellion

The role of Uranus in astrology 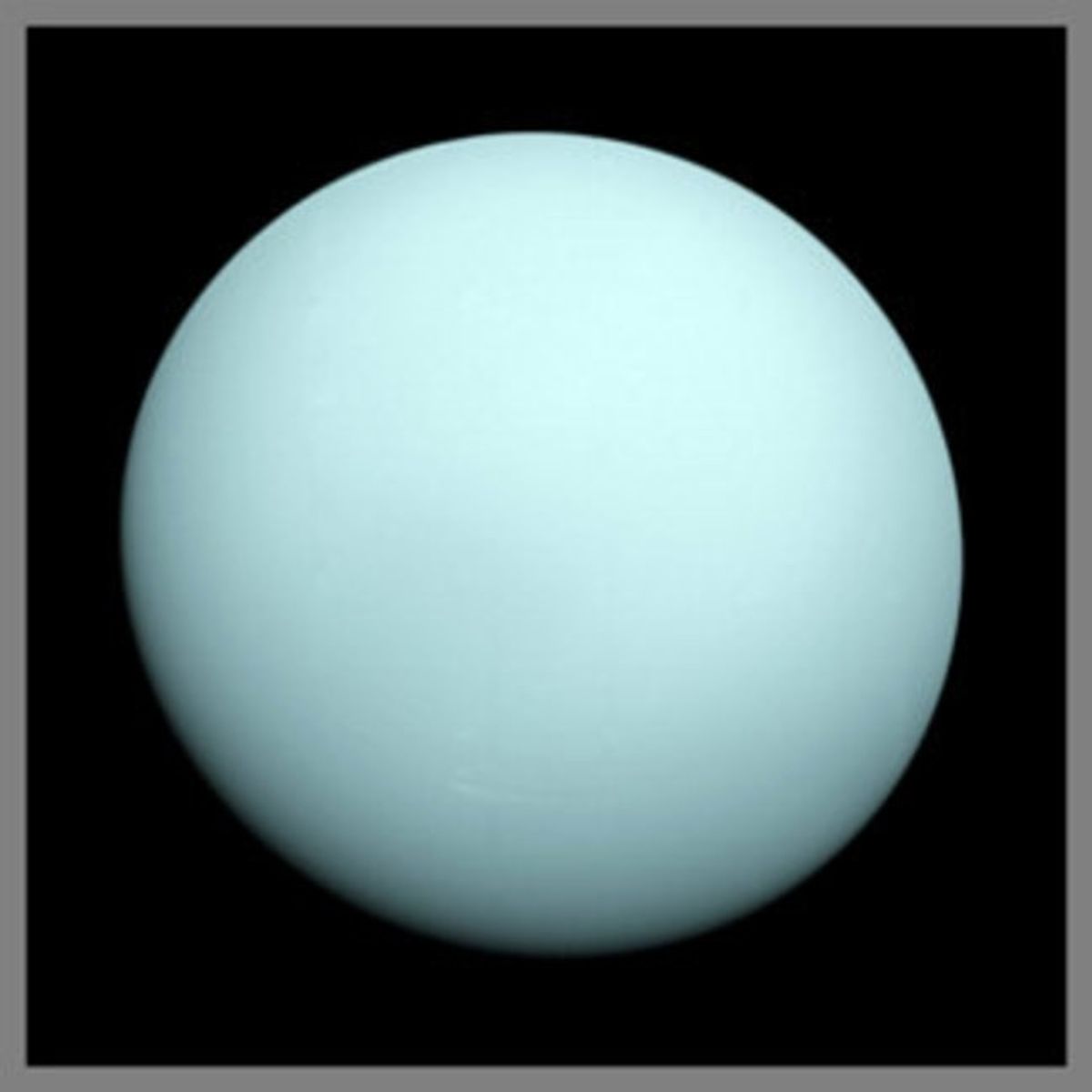 Roles: where and how you rebel; your unconventionality; where you experience sudden changes; where you exert your independence

Speed Through the Zodiac: about 84 years

Have you ever been a victim of a freak car accident? Or dyed your hair bright green? Or snuck out in the middle of the night? If so, then you’ve gotten a taste of what Uranus stands for. Uranus, so unconventional it spins on its side, is the planet of invention, rebellion, sudden surprises and changes, and all that’s considered eccentric. It keeps life from becoming boring. It shocks you. If you love having things happen out of the blue, Uranus is your best pal. If you prefer routine, you two will not get along. Uranus can turn your world upside-down or right-side-up in a flash of lightning, and you’ll have no comprehension of what just happened. It’s all about saying “no” to authority, “to heck with you” to the oppressive, and “not on my watch” to tradition. Uranus is where you are your least ordinary, where you deviate from society’s expectations without qualm.

Like Mercury, Uranus is a neutral planet. It doesn’t have an overall positive or negative vibe to it; Uranus only works to surprise. Whether the surprise is a good or bad one really depends on the situation, as well as one’s perspective on it. For one person, losing her job could be devastating, but for another, it can be a relief. Same goes for divorce, a birth, relocation, or anything else. Whatever the surprise is, Uranus does it in order to wake you up, break your patterns, and get you to make adjustments, whether you like it or not. Uranus is the first of what are called the generational planets: planets which move slowly enough to affect a large amount of people similarly through its sign placement. Uranus stays in a sign for approximately seven years, so you’ll have the same Uranus sign as everyone within a seven-year span. For example, I have Uranus in Capricorn; the same goes for the majority of people born between 1988 and early 1995. So we all rebel and act unconventionally through the style and pertaining to the concerns of Capricorn. That could come in the form of creating more unusual careers, or somehow combining the traditional and nontraditional. You could say we have a more “dignified” way of rebelling. However, if you really want to see how Uranus affects you on a personal level, look to its house placement and its aspects. If you have Uranus in the Fifth House, you could date quirky or inventive individuals, have unexpected pregnancies, or take to unusual hobbies. If you have Uranus in the First House, you may have an unusual facial or bodily feature, or appear unusual in some other way.

Uranus is dignified in Aquarius, the most rebellious and future-oriented of the twelve signs. It doesn’t sweat it when Uranus wants to put a downward spin on things. However, no matter how much you like rebellion, surprises, and unpredictable behavior, there can always be too much of a good thing. With the Uranus in Aquarius generation (1996-2003), you can expect exactly what Uranus is about. They won’t rebel in such an organized and controlled manner like most of their Uranus-in-Capricorn predecessors. They won’t hold back. Scorpio is said to be Uranus’s sign of dignity, where it can still keep its quirkiness and unpredictability without letting it go out of hand. Scorpio is similar in that it’s not too keen on what is “the norm.” What makes it good for Uranus is that it knows how to keep itself composed (at least on the outside). With Uranus in Scorpio, even though the need to fight against conformity and authority is bubbling inside you, you’re able to handle it in a cool manner. Whereas Uranus has free reign in Aquarius, it’s in detriment in the opposite sign, Leo. Leo Uranus’s problem isn’t that it can’t protest; it’s that it protests for the wrong thing. Leo is very much about self-confidence, self-expression, and attention on one’s own endeavors: not things the planet of humanitarian endeavors makes its top priority. Uranus is in fall in Taurus because the sign’s earthy nature makes it too rigid for Uranus to do its thing. Taurus isn’t big on the non-traditional.

Using your Uranus to your advantage gives you a sense of liberation. You will feel comfortable doing things that are considered strange in the view of society. You will stand your ground against authority in a healthy manner without going overboard. You will be able to assert your independence while still maintaining positive relationships with others. You will be open to change and unexpected events. Denying Uranus, or using it at a disadvantage to yourself, will put you in one or two extremes. You will go overboard with sticking it to the man, getting yourself in trouble, and even getting yourself in danger in the process. Or you will conform to the point of feeling imprisoned. You will find it difficult to accept change, and you will always feel the need to follow the crowd.

Uranus retrograde occurs once per year, for five months at a time. Remember, when a planet goes retrograde, it focuses energy on an inner level rather than through external events. While Uranus is in retrograde motion, the changes are not as obvious. Instead of experiencing change via outside sources, you are likely to have changing attitudes towards certain matters. If Uranus is retrograde while transiting your Tenth House, you may experience a change in your career aspirations rather than a direct change in career. If it’s the Fourth House, you may decide to move (or not move), rather than literally changing residences. Your mind changes on a frequent basis, leaving you flustered and confused. The best thing to do at this time is to relax as much as possible and try not to grip situations so tightly. Do your best to go easy on yourself.

If Uranus was in retrograde motion when you were born, you feel uncomfortable being seen as peculiar or “weird.” You try to hide everything about yourself that doesn’t fit the norm. Surprises are your worst nightmares, and you tend to prefer the old over the new. Just as Saturn retrograde is similar to extreme Uranus energy, Uranus retrograde is similar to extreme Saturn energy. If you have this placement, and you do not learn to accept your individuality and welcome the unexpected, you will explode from holding too much inside yourself.

Next Article: “Neptune: What Just Happened?”