"Free throws do not exist. The free throw line is just there for decoration." 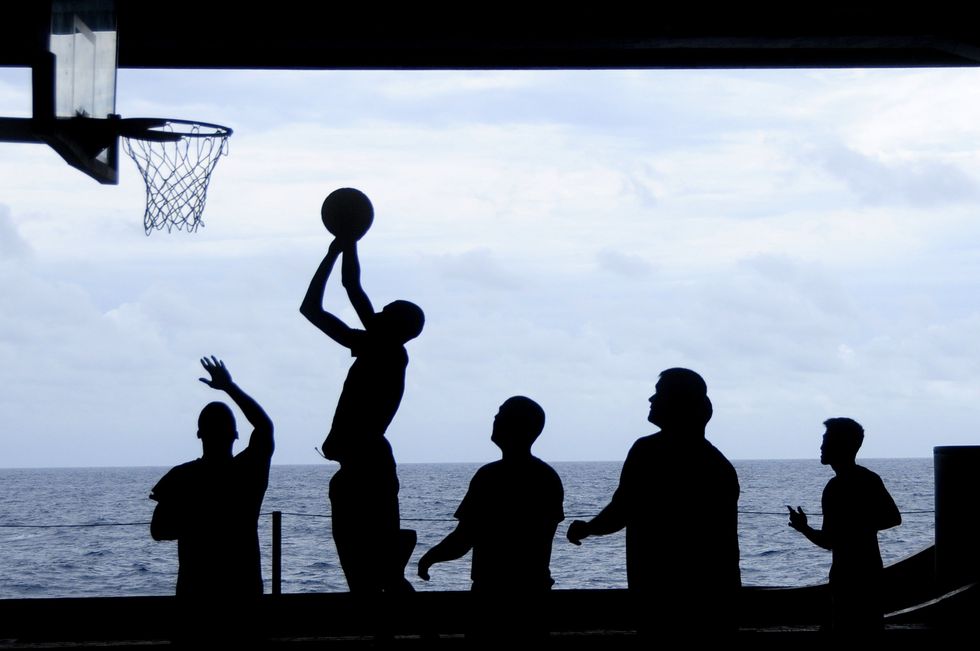 The United States is known to have an extremely rich basketball culture throughout the entire country. National tournaments in the AAU circuit are hosted from coast to coast, where college coaches begin to recruit players as young as 8-years-old. However, the real culture lies within the gated castles of hot summer concrete, white spray painted courts and netless hoops. Kids from poor neighborhoods in Chicago, New York, Philadelphia etc. make their name known through countless games of hard nose streetball. Each court may have different sets of rules, but this list will generally give you an idea on what the street culture is all about and will help ease you onto the courts and play with just about anyone!

2. You cannot win a game by one, you must call deuce if both teams are at game point. Whether or not a game can be won with a 3 pointer is up to the rules of that court.

3. Free throws do not exist. The free throw line is there just for decoration.

4. There is no foul limit for each player, but if you foul too hard or often, you will be threatened to a fist fight.

5. The closer you are to your friend/family member in normal life, the more intense the rivalry when they are on the opposing team. Intense trash talk and threats of physical altercations are expected.

6. No cherry picking. EVER.

7. There is no such thing as over the back, 3 second violation, etc. The only fouls that will count will be reach-ins.

9. In half court games, the team on defense that rebounds the ball or gets a block MUST clear the ball to the 3 point line before attempting to score. However, STEALS and AIRBALLS are considered a fast break and does not need to be cleared.

10. If you are NOT in the game, you have NO authority to make any calls. Only the guys/girls playing can call fouls or dribbling violations

11. Dudes on the court with fancy Nike or NBA gear and wearing his favorite player's jersey may be complete trash. It is recommended to NOT pick him for your team. The best player on the court will most likely wear the cheapest and most worn out T-shirt, shorts, and shoes. Never be afraid to pick the selfless fundamental player.

12. Shirts vs skins will suffice if needed for jerseys when trying to identify who is on what team.

13. Calling "AND ONE!" is NOT the same as calling a foul and may not be called a foul.

15. The only acceptable form of defense is MAN TO MAN. You will be REMOVED from the court if you call for your team to play ZONE

16. The on-ball defender and ball carrier are the highest ranking referees at any given moment in the game unless a player makes an obvious foul or other rule violation

17. The losing team has the right to demand a rematch referred to as "Run that back" or "Run it back" after an intense game.

18. Your team can only "Run it Back" when there is NOBODY waiting to play the next game. If people are waiting, please take your L and depart the court and wait for the next match

Hope these rules were great help! BALL UP!

basketball
Report this Content
This article has not been reviewed by Odyssey HQ and solely reflects the ideas and opinions of the creator.

To The People Who Screwed Me Out Of Being Captain, I Won't Forgive Or Forget

The 35 Things All Drill Team Girls Will Understand