Trump’s Immigrant Crime List Is Scapegoating At Its Ugliest

Donald, you should be ashamed of your attempts to dehumanize the immigrant community. 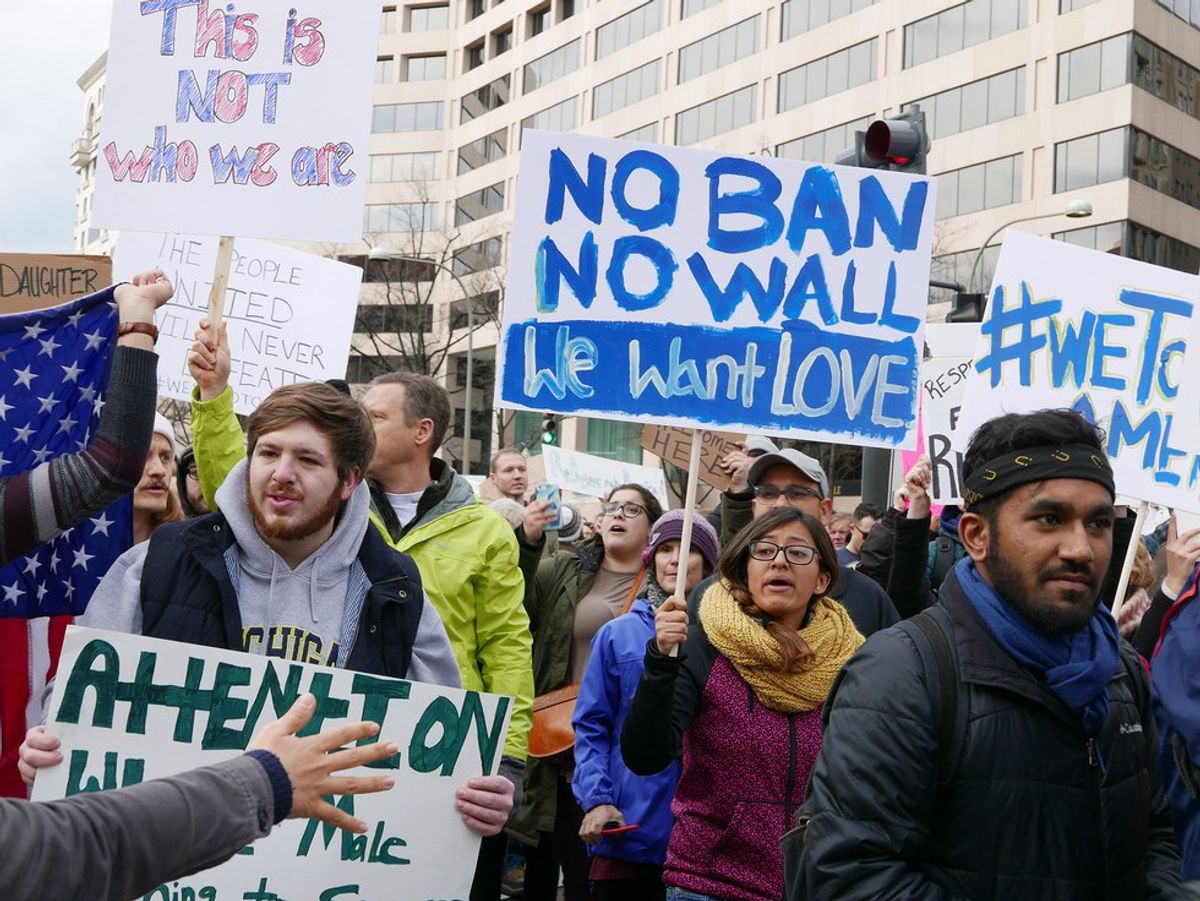 Your first week in office has been tumultuous and controversial, to say the very least. Attempting to overturn decades of progress is no easy feat, and yet you are making some very large leaps rather rapidly. I want to congratulate you on ruining a meeting with a foreign government, pushing your ridiculous wall on American taxpayers, nominating the most uninformed and dangerous cabinet in American history, appointing a neo-Nazi (I refuse to use the sugar-coated alt-right) to the National Security Council, and spitting on American values as you turn away Syrian refugees during what might as well be our modern day Holocaust, all within ten days! Bravo!

With all of this, where do I even begin?

Well, there is one of your actions I find to be especially heinous, not because it’s particularly aggressive right now, but because looking at history can tell us exactly where this executive action leads to in the future. I am referring to your plan to make the government publish a weekly list of crimes committed by “aliens”.

Let me make something very clear: Undocumented immigrants, particularly those of Latino descent, will absolutely not be your scapegoat.

Undocumented immigrants are not what is wrong with this country. Undocumented immigrants provide the base of support in the agricultural community. They create diversity and pave the way for progress. Some of the brightest minds in universities today are DREAMers. They are the backbone of a country that has decided that after building its foundation on the slaughter of Native Americans and enslavement of Africans, that the term “legal immigration” now means something. Borders were certainly not a priority when England had an interest in colonization.

However, I digress. Whether or not we should deport nonviolent undocumented immigrants is a matter of opinion, and however right I consider one side, the law is on your side. You theoretically have the power to deport every undocumented immigrant in the country. Of course, whether or not you have the manpower, the intelligence, or the consensus of the American community is something else entirely.

The point is, whether or not you feel it is necessary to deport all of the undocumented immigrants in this country, publishing a weekly list of their “crimes” is, in a word, revolting. Especially since the language used is, according to the White House’s official website, “make public a comprehensive list of criminal actions committed by aliens...” The word undocumented or even illegal is never used. An alien means “foreigner.” not “foreigner in a country illegally.”

The message is clear: this is not a method of “law and order.” This is about people who do not meet your definition of American daring to be in this country, regardless of the method we used to arrive here, legal or otherwise.

Recently, Donald, one of your tweets ended with “Is this Nazi Germany?” and quite frankly, you have me asking myself the same question. Let us not forget that Germany was not inclined to hate the Jewish population, who, regardless of what your administration claims, were the primary targets of the Holocaust.

No, Hitler turned Germany against the Jewish population. Some of his rhetoric even sounds familiar to yours, Donald! Remember how you threw around the word “rapists” to reference Mexican immigrants? Not so much an original thought. Here’s an excerpt from Mein Kampf: “The Jewish youth waited for hours on end… spying on the unconscious German girl he plans to seduce… He wants to contaminate her blood…”

Hitler proceeded to blame the Jewish population for Germany’s loss in World War I and their position in the Treaty of Versailles. As Germany faltered under the weight of their debt, the people had someone to blame: the Jewish. Once that was established, it was easy to label them, to threaten to deport them, to even kill them, because they were a threat to Germany. They were a threat to Germany’s real citizens. They had to protect their own.

History is not going to repeat itself, Donald. I don’t care how hard you try.

The America I believe in believes and supports immigrants and refugees. And if you just look outside your window in that new White House of yours, or turn on the “fake news”, I think a few protestors will let you know that they absolutely agree.

The descendant of immigrants who make America great

QueenRadhi
The State University of New York at Stony Brook
2772