Which kind of shower is best? Kat and KC discuss. 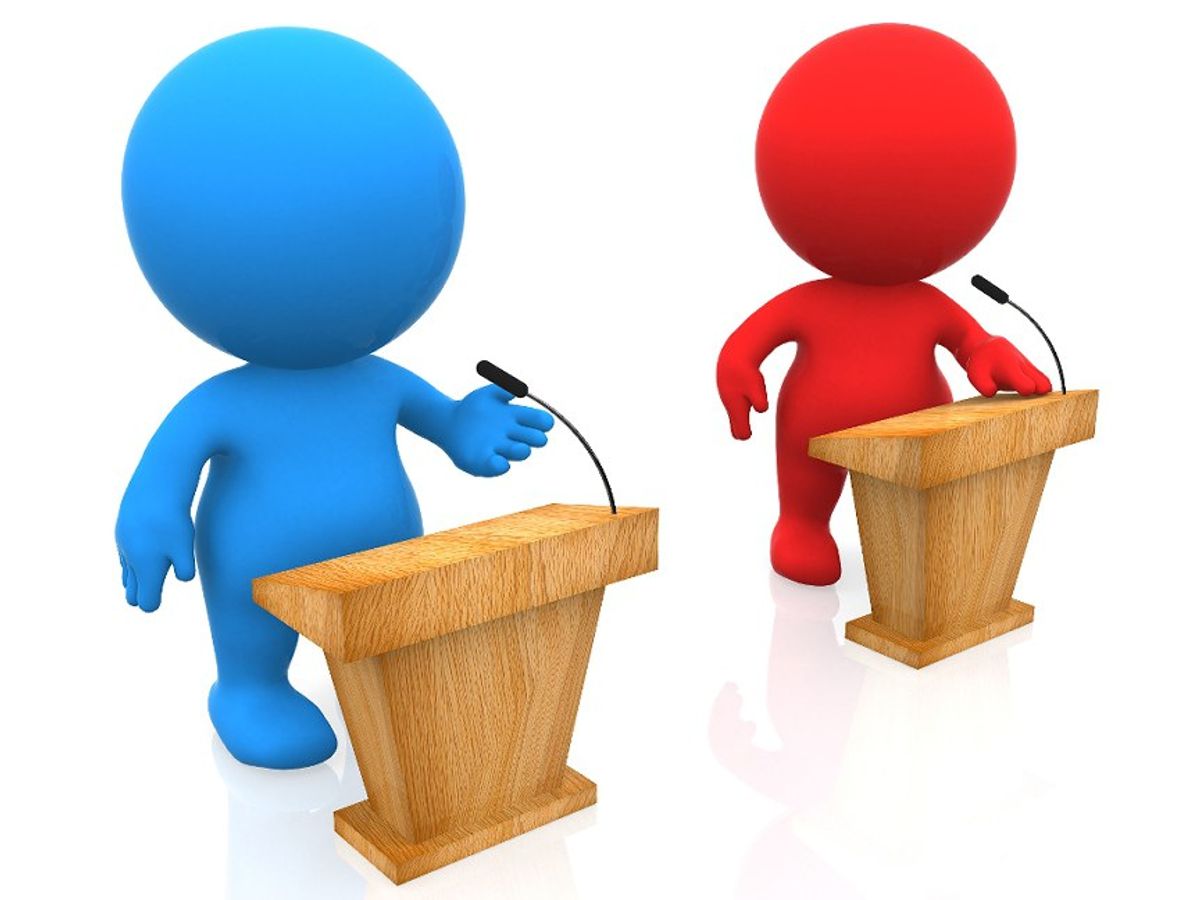 This article was written with another Odyssey writer, Kathryn Lazar. We had an idea to have a debate article and here is the result. More of these are going to be put out from both my profile and hers. Enjoy!

KAT: Greetings, readers and esteemed guests! Today, me and my counterpart are here to discuss the most important of world issues: hot showers versus cold showers. I will be arguing the claim that hot showers are the superior method of personal hygiene, while KC here will make miserable attempts to prove me wrong.

KC: Kat might try to make you believe that I am wrong. But we all know that cold showers are better than hot showers. Clearly, hot vs cold showers is an issue that affects many people in the world. It is an argument that needs to be resolved.

KAT: Yes, and we’re about to resolve it right now. Let’s get to the facts here, shall we? Hot showers, aside from being little rainstorms of heaven, are known to reduce anxiety, which is a big plus for lots of kiddos out there, even in the summer when school isn’t in session.

KC: Yes, hot showers can reduce anxiety. However, cold showers can stimulate anti-depression hormones as they wake you up each morning. With a cold shower, you can make sure that you don’t waste water because you don’t just stand there for long periods of time. You get in and out feeling refreshed and awake. Also, it is more difficult to stimulate anti-depression hormones through other things without using prescription drugs whereas anxiety can be reduced through other activities you enjoy without wasting precious water.

KAT: KC’s right. Cold showers don’t waste water. Why is that? Because NO ONE wants to take a cold shower. Waking up in the morning is hard enough. If I want to get out of bed, I need something to look forward to. I don’t wake up and think, “oh golly gee, I’d love a cold shower right now to stimulate some handy dandy hormones!” I think things more along the lines of,”If I don’t get a hot shower right now, the next person to cross my path is getting slapped.”

KC: My opponent seems to think that one, people say “oh golly gee,” which is incorrect, and that two, slapping people because you are awake is acceptable - also incorrect. When I get up in the morning I just want to wake up. So what do I do? I make some coffee and take a nice quick shower to wake up and get ready for the day ahead. Not only can cold showers fight depression and increase alertness, they can also help your immune system and prevent colds. In response to the comment about no one wanting to take cold showers, clearly some do and wasting water by spending unnecessary amounts of hot water for showers is not something people who care about the world should do.

KAT: I’d rather use a little bit more water and enjoy my shower experience than suffer through anything colder than 100 degrees(fun fact: the average hot shower is actually 105 degrees fahrenheit! Seems a little toasty, but most taps can actually heat water to up to 120 degrees.). When it comes to helping your immune system, I’m pretty sure that standing around with cold water falling on your head is how most people catch disease in the first place. Hot showers are great for when you get sick after trying to take a cold shower. The warm water acts as a nasal decongestant to clear runny noses and help to alleviate migraines. Just like the migraine I’m getting by having this argument.

KC: You actually don’t get sick from cold showers, you get sick from viruses and those aren’t from a cold shower. Although migraines and runny noses can be alleviated by hot showers, they can be prevented in the first place by taking cold showers that build up your immune system. It’s ludicrous to think that hot showers are better, especially if you are taking them in the morning. Cold showers are superior in every way. They can even prevent hair loss and keep your skin tight and healthy.

KAT: Okay, fine. Whatever. You win about the immune system thing, although it’s silly to think that cold showers can prevent every sickness. All people get sick at one point or another, and when they do it’s always a good idea to turn to a hot shower. Not only are hot showers good for sick people, but they’re amazing for athletes. Warm water can relax the muscles, lower body tension, and reduce swelling. These are all great things for people who just finished an intense day of football, basketball, tetherball, or any other sport with or without the word “ball.”

KC: I guess hot showers have some benefits, but if you take morning showers, another important matter we will argue at a later date, a cold shower is best and if you take evening showers maybe a hot shower will suit you better. Also only baby-eaters like hot showers… I’m kidding… kind of. Whichever kind of shower you take, it’s important that you do everything in your power to save water during that shower. So in conclusion, take whatever kind of shower you like and maybe mix it up every once in a while.

KAT: You can say whatever you want and try to make peace and find a middle ground, but there is no power in the universe great enough to make me take a cold shower. Cold showers could have the power to cure every single disease known to man, and I would still take a hot shower. So, agree to disagree then?

KC: Is there anything else to do? Clearly you don’t listen to reason.

KAT: We should probably stop here before this verbal argument turns physical. Since neither of us have managed to sway the other, the choice is left to you, the audience...Hot showers or cold showers? Comment below which you think is the superior bathing strategy, if you have a third, fourth or fifth alternative solution to cleaning yourself, or if either of us managed to change your opinion on showers.

KC: I think we can both agree that showers are superior to baths, though…

KAT: Don’t even get me started.

KC: Ok, until next time. See ya!
Report this Content
This article has not been reviewed by Odyssey HQ and solely reflects the ideas and opinions of the creator.