The Ultimate Culture Clash: Great Britain Versus The United States

There are several differences between Britain and the U.S., so why not bring them to light? 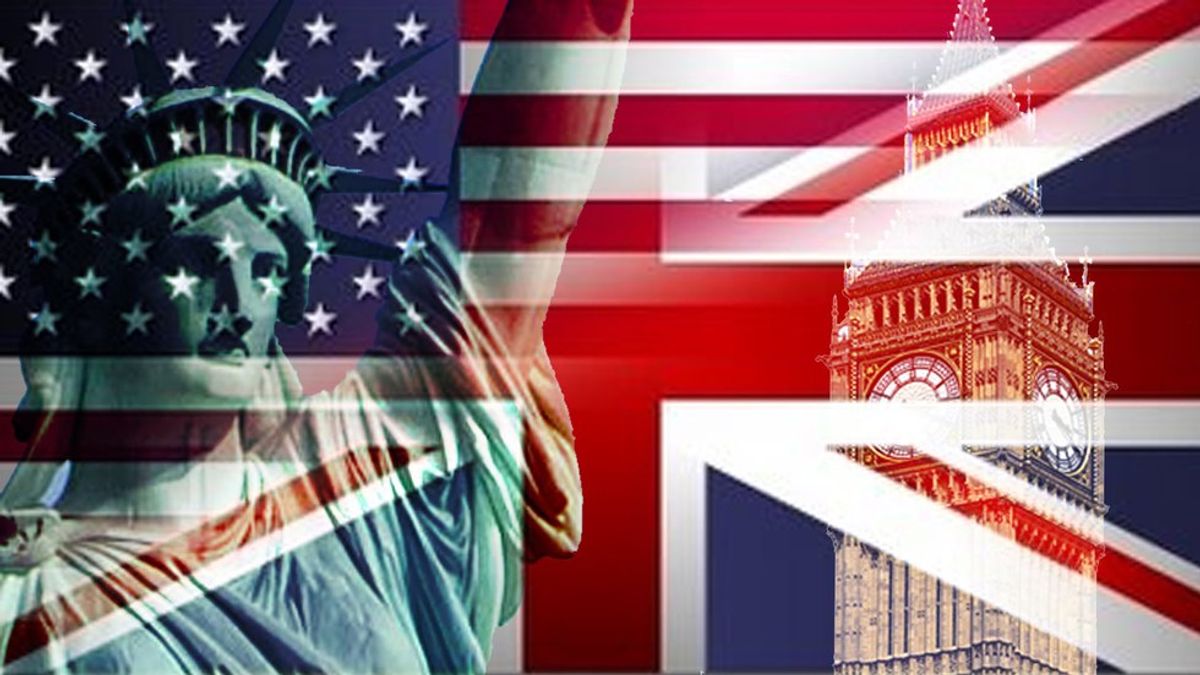 I just got back from studying abroad in London and it was an outstanding and amazing experience. However, while I was over across the pond, I did notice that there are multiple differences between the culture in Great Britain and the culture in the USA. Contrary to popular belief, the Brits do a lot of things differently than us Americans and this article is devoted to exploring both of these magical and "tragical" experiences.

1. Brits often casually slip in how they're just jetting off to *insert random, amazing European city here* as if it's a completely normal thing to do.

It's definitely not normal, so don't let them convince you that it is. Remind your British friends that it is a big deal to just randomly go to Rome for the weekend, because an "exciting holiday" for us would be going to the Wisconsin Dells. I mean don't get me wrong, the Wisconsin Dells is a spectacular place to be, but it just can't compete with Rome.

2. You actually have to pay for bags at grocery stores.

You have to pay five pence to be exact, so make sure you always bring a bag with you. If you don't bring a bag it's equivalent to you screaming, "I'M AN AMERICAN!" to the entire store.

3. While we're on the topic, it's actually a "supermarket," not a "grocery store."

Additionally, it's "takeaway" not "carry-out" when talking about food, it's "jumpers" not "sweaters," it's "rubbish" instead of "trash," it's "toilet" not "bathroom," it's "hoover" not "vacuum cleaner"...and when describing something with the word "quite" they actually mean they hate it, not that they like it.

4. High-fiving is not a thing.

I recommend not even trying. People won't know how to respond so you'll just be left there standing awkwardly and trying to quickly change the topic.

5. If you wanted to grab a quick snack, you would often find yourself at oddly named restaurants like "Eat." or "Wagamama".

I mean, they offer several tasty options, but you can't help but feel foolish when texting a friend to meet you there.

6. Light switches aren't usually found on the inside walls of rooms but rather on the outsides.

You wouldn't think this is a big deal but it actually is when you find yourself having to desperately use the bathroom only to realize that you forgot to switch the light on before entering the room.

It rarely does in the British-English language. Words like "organised," "accessorise," and "criticise" are often used and spelled differently.

8. They are obsessed with KFC (Kentucky Fried Chicken) and you see the fast food giant on almost every block.

I still don't understand why they love it so much there. Just think about what would happen if they ever tasted Culver's chicken.

9. They have not one, but two flush choices on their toilets.

They do this because just one mechanism is not enough. They like to keep their options open.

10. Personal space is something the Brits don't and can't practice.

For example, in a city like London there are so many people that space is limited. You will often find yourself sitting directly next to a couple you don't know at a restaurant, as there isn't a lot of room. Tube riding during rush hour is awful but you get around it by never making eye contact with your fellow riders.

11. People are sometimes judgy about their own accents.

I'm not just talking about different countries in Great Britain, like Scotland and England. No, there are even different accents in just neighboring England cities, all with their own set of stereotypes! Places like London, Manchester, Liverpool, Cornwall, Birmingham, and Newcastle are just a few examples.

It doesn't matter if you're saying, "goodbye" or "hello" or "yes" or "no." You will always just use the word cheers.

If everyone had to get together and vote on what they had a surplus of, it would without a doubt be newspapers.

14. Getting drunk is more acceptable.

Never enter a drinking competition with a Briton. They've had too much practice.

This isn't because the Brits aren't generous; they're very generous. It's because the service charge is usually already in the bill so they don't have the option to be stingy like us Americans do.

16. Upon entering most establishments, you will be instantly asked, "Would you like a cuppa tea or coffee?"

It's because the Brits are just oozing with kindness and they know that you're probably chilly from the walk in the rain.

As you can see there are many differences between Britain and the U.S., both the good and the bad. So next time you go and visit, make sure you do your research if you want to blend in with the culture.