Twitter Fandom Proposed To Michael Sheen Over The Weekend

Twitter Fandom Proposed To Michael Sheen Over The Weekend, And He Actually Accepted

So congratulations to Michael Sheen and his many, many fiances. 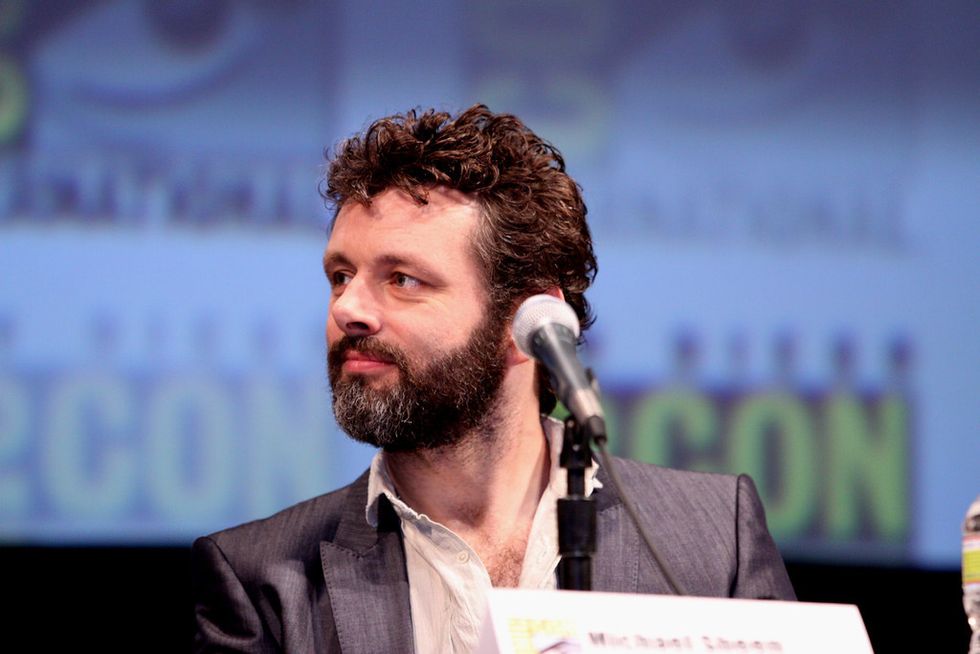 It did not take long after the release of Amazon Prime's original show "Good Omens" in May before fans fell absolutely in love with Michael Sheen, who plays Aziraphale. Fans binged through his entire filmography in the following weeks, wanting all of the Sheen content, and with a strong Twitter presence from the actor, it wasn't long before the fandom grew into something greater.

An article was written on how Michael Sheen had become Twitter's new boyfriend. Sheen had done something not many celebrities did on social media: he actually interacted with his fans. Several fans earned replies from him, artists were promoted with his retweets on fanart, and there are several occasions where he was never explicitly tagged, but only mentioned, and he managed to find the tweet, giving the original poster a subsequent heart attack.

After being named Twitter fandom's boyfriend, it wasn't long before the fandom finally decided to pop the question.

Listen, Michael Sheen has been the fandom’s boyfriend since June and I’d say it’s getting pretty serious at this point. Should we propose?
— britt ♡𝘴 𝘮𝘴𝘩𝘦𝘦𝘯. (@britt ♡𝘴 𝘮𝘴𝘩𝘦𝘦𝘯.)1571763504.0

But not before Neil Gaiman, writer of "Good Omens" and showrunner,

To which he replied...

The fact that he even acknowledged the silly joke made the fandom explode.

With anything on the Internet today, the joke sparked some unnecessary drama. Personally, I saw nothing wrong with the original tweet. Other fans took it the wrong way and read too deeply into things and tried to suck the fun out of it.

Nevertheless, after a few days of hearing no definite answer from Michael, another fan decided to pop the question themselves.

This time, Sheen finally gave them (and the entire fandom) an answer.

@master_crowley @SamanthaWalkerD I was enjoying living in sin too much
— michael sheen (@michael sheen)1572226133.0

The fandom is overjoyed, as you can imagine. After all, they recently got engaged.

So, congratulations to the newly engaged! I can't wait to see if we will actually have a wedding, or if we will have to suffice with the myriad of fanart already produced.

By the way, when recently asked and apologized to about the entire ordeal, Michael Sheen responded with this sweet tweet, saying he found it endearing from the beginning. I am soft and we don't deserve such a lovely fiance.

@bltesthedust That is very thoughtful and kind of you and I appreciate it very much. I am though only flattered and… https://t.co/ftfvqHWoIy
— michael sheen (@michael sheen)1572392478.0