Give Schitt's Creek the recognition it deserves! 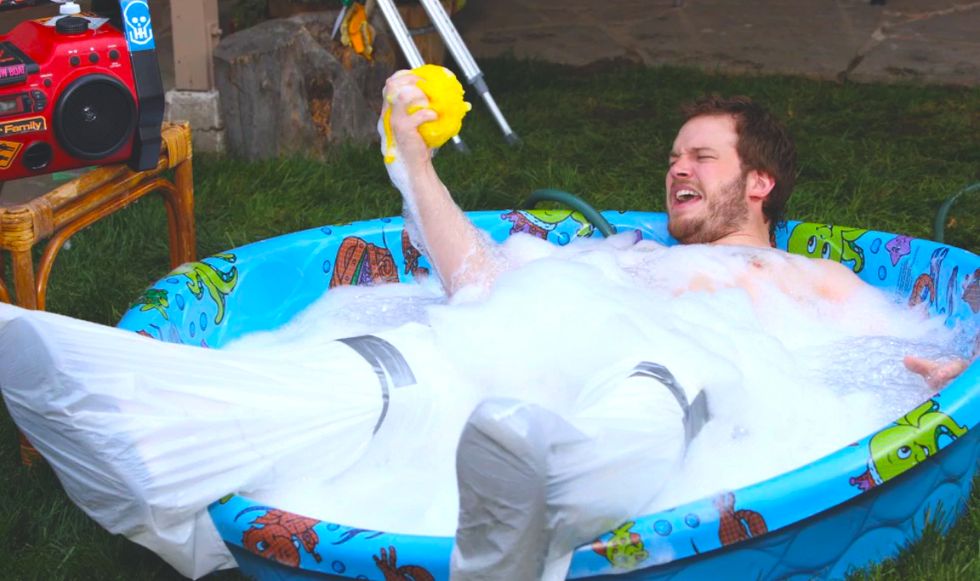 The Office is truly comedy gold, but other shows also deserve some recognition as well.

Disclaimer: Ok, so a lot of these shows are pretty hyped, but the point is that they aren't as hyped as the Office and they should be.

The premise of this show is that Eleanor, Kristen Bell's character, somehow finds herself in the Good Place, which is fine and all, but Eleanor knows her being there is a mistake. The first twelve episodes are amazing and enough to get you hooked, but the season finale is INCREDIBLE. This show is filled with jaw-dropping plot twists, so much comedy, and very lovable while also being completely unlovable characters. It airs Thursday's at 9:30pm on NBC and you can catch up on the first two seasons on Hulu and Netflix.

Schitt's Creek is SEVERELY underrated. It follows the Rose's who were once a very wealthy family until their business manager screws them over and takes their entire fortune. The only thing they have left is the town that Johnny Rose, the patriarch of the family, bought as a joke for his son, David. It's so hilarious watching them try to adjust to living a very different lifestyle, and this show also features great character development, most specifically with Alexis Rose, Johnny's daughter. The clothes and wigs Moria Rose, the matriarch of the family, wears are also one of my favorite parts of the show. It airs Wednesdays at 10pm on Pop, and you can catch up on the first four seasons on Netflix.

Arrested Development is very similar to Parks and Recreation, which doesn't get a feature on this list because I would say it is almost equally as hyped as the Office. The plot of Arrested Development follows Michael Bluth, who hates his family and wants nothing to do with them, that is until his father gets arrested for a white-collar crime and he has to take over the family company. The characters on this show are all so strange and flawed, and a large number of running gags will literally have you gasping for air after laughing so long. You can watch all 5 seasons on Netflix.

The best thing about Black Mirror is that it's an anthology series, so you can literally start anywhere you want and skip episodes without missing anything (although I don't suggest skipping episodes). The main plot revolves around the dangers of relying on technology too much. The scariest thing about the show is that some of the inventions featured have been brought to life in the real world. I would say, however, that you shouldn't watch the very first episode first, because it does turn a lot of people away from watching the rest of the show. All seasons of Black Mirror can be found on Netflix, including the newest installment: an interactive film.

Marvel has better movies than DC. That has been established. But, we all have to admit that the DC has been a lot more successful than Marvel when it comes to TV shows. Plus, since all of the shows are on the CW, we get amazing cross-over episodes that make you feel just as giddy as the first Avengers movies did. Plus, Supergirl continues to tackle some deep topics while also still remaining a fun show to watch. You can find a list of all showtimes here.

Mindy Kaling is one of my favorite people of all time and watching her play a character so unlike herself with ease is fun (I know we all hated to love Kelly in the Office). The Mindy Project is about, you guessed it, Mindy Lahiri. Mindy is a quirky and hilarious OB/GYN, and the show follows her life in and out of the office. One of my favorite parts of the show are the guest stars, which range from Joseph Gordon-Levitt to James Franco. I also love Danny's sweet dance moves. The show is perfect for rom-com lovers. The Mindy Project can be watched on Netflix.

Black-ish follows the Johnson family and stars Anthony Anderson as Dre Johnson, a father who is worried that his suburban lifestyle if negatively influencing his children and causing them to become accustomed to a different lifestyle than Dre would like. Black-ish is such a good show, not only because it is hilarious, but because it continues to talk about topics that most TV shows would be uncomfortable or hesitant to touch on. I would also suggest watching it's spin-off Grown-ish, which follows Zoey Johnson, the oldest of the Johnson kids, as she begins her new life in college. Black-ish airs Tuesday at 9pm on ABC.

Not gonna lie, this show is really weird, but it's a wild ride and the plot twist at the end of the first season will leave you with so many questions. It is actually based on a comic series of the same name by Charles Forsman and follows two teens, James and Alyssa, who are going on a journey to find Alyssa's dad. The only problem is that James is a self-diagnosed psychopath who is planning on killing Alyssa during their adventure. It has so much heart and some real good character development. You can watch this show on Netflix.

HA! I lied. How could I make this list and not put down Parks and Rec??? Parks and Rec is, IN MY OPINION, a better show than the Office. Parks and Rec has so many likable characters, and many of them aren't even the main characters of the show. It never gets boring, is sure to make you laugh, and it has Andy Dwyer. ANDY DWYER. One of the funniest characters on any show I have ever watched. I also suggest watching the bloopers if you're ever bored. Parks and Recreation can be found on Netflix and Hulu.

New Girl has got to be one of my favorite shows of all time. Jess needs to start over after walking in on her boyfriend cheating on her in their house. She goes on craigslist and finds an ad for an apartment. The catch, she is going to be living with three single guys, who all have very interesting personalities to say the least. New Girl is one of those shows that legitimately makes you laugh out loud every episode, and the character development is one of the best I've ever seen. You can watch all 7 seasons of New Girl on Hulu or Netflix.