The Truth About The Myers-Briggs Test
Odyssey

The Truth About The Myers-Briggs Test

You can still take it for fun? 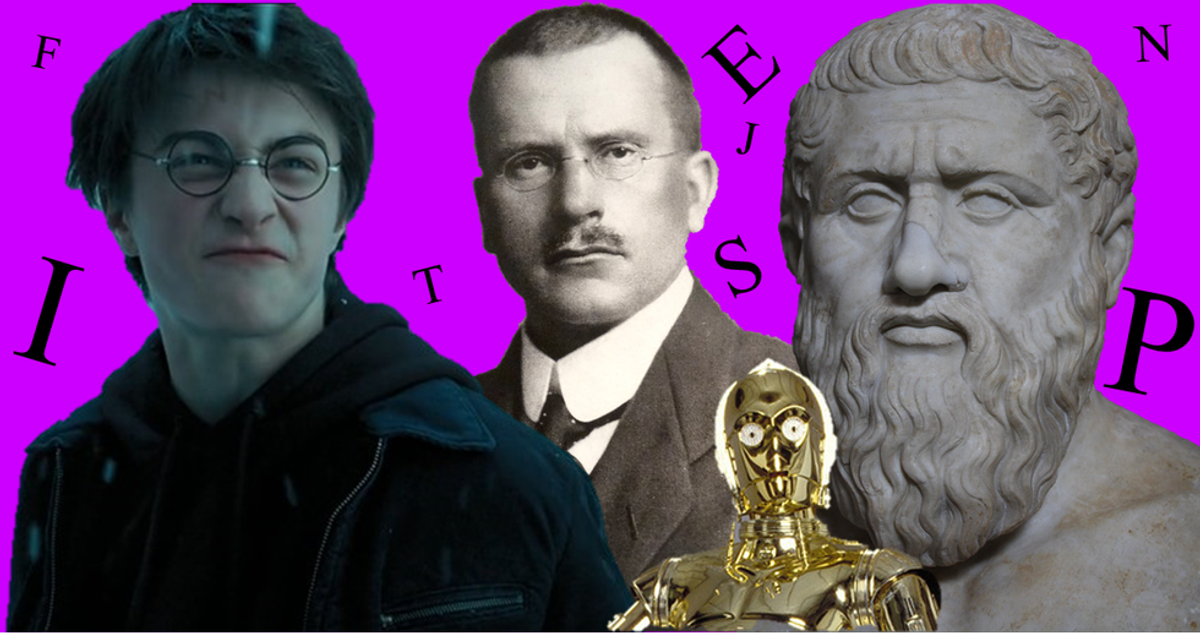 There may be a lot of you out there who have taken the infamous “Myers-Briggs” test. It has a fancy name, it asks you a lot of questions that sound smart and you ultimately get spat out into one of 16 boxes. Great! Wonderful! Let me post my results on Facebook!

I’ve always personally hated it for a couple of reasons. The first comes from a place of petty anger: I don’t fit into a proper box. Now I’m sure you’ve all seen those picture grids out there that have 16 fiction characters from a book, a movie, or a TV show, split up into the personality types. You either remember your score or quick take the test to see if you’re Fred Weasley or a Remus Lupin. It’s fun!

For the past couple years, whenever I take the test (or at least online free versions) I get split down the middle. I tend to score at about 50/50 for Extroversion versus Introversion, and likewise for the other three areas. This made me mad on a childish level because I spent a whole 15 minutes filling out these stupid questions only to get an inconclusive result, and now I don’t know whether or not I’m C3PO.

Now another issue I’ve always had is that I’ve never had good answers for the questions. They’re always super split decisions (like the binary of the results) where you can only be one thing or another. Some days I’ll want to go hang out with friends. Other days I like to stay home and read a book (but actually just go online; who am I kidding). I found it ridiculous that people are supposed to be either one thing or the other when for me it depends on the day of the week or my current mood. I constantly found myself arguing against these questions.

Poking around and doing a little research, I found that the Myers-Briggs test is actually a big joke. The only reason it’s still a thing is because it’s popular online, and it makes money. What’s even worse is that the sources I found debunking this test aren’t anything new. Even I, someone who vehemently hates this stupid test, hadn’t seen these articles before.

Now, for a more eloquent explanation of why this is all B.S. I suggest these articles here (and the corresponding links therein), as well as this particularly internet friendly video here.

I’ll be paraphrasing strongly from the first article.

So the test was based on some theories by a renowned psychologist named Carl Jung. I was super excited to read that name because I actually wrote about him in a paper on “Archetypal Criticism” of literature. He studied a lot of Plato’s work, especially Plato’s “Pure Forms.” Jung formed this theory of the “Collective Unconscious” which is actually pretty cool to read. To try and condense a very complex theory into two sentences: basically, groups of people all share a certain kind of mind and that’s why we see trending behaviors in like people. That's also why throughout history we’ve seen repetition of events and symbols and stuff. People literally have a cookie cutter, ready to bake, preset brain.

Since then, it’s been more widely accepted that strict binaries don’t really exist. The world rarely works in black and white, but instead, a gradient of shades in between. Things fall on a spectrum, just like personalities.

Jung died in ’61 (may he rest in peace) and during his life, none of his theories ever really went through testing. He never followed the scientific method that we use today. He remains a very influential psychologist and analyst, but his theories aren’t even scientific theories.

Again, if you want a more elaborate debunking, please visit the sources above, which in turn have many, many more sources. The amount of research that has been done on this is phenomenal.

The only real reason that the Myers-Briggs test is even a thing, is that Myers and Briggs joined together, resurrected some pre-scientific method pseudo-science, made it look pretty, and added some absolute marketing genius.

Now, I’m not here to be a complete buzz-kill. I once took an online quiz to see what kind of salad I was (which will remain a mystery because they wanted my cell phone number). I have also taken multiple quizzes to figure out not only my Hogwarts house, but my combination House too (#SlytherPuff). These tests are really fun, and it can be enjoyable to see who you’re like! My advice is to not take your results too seriously. Don’t treat others or even yourself based on an arbitrary label. Don’t think that you can’t go out to a party when you got an "I" or think you can’t stay in and read a book if you got an "E." Gryffindors can be selfish. Slytherins can be kind. An Asian Chicken Salad with wasabi dressing can do whatever it wants.

To risk sounding super hippy, be free! Do what you want! Be who you are! Use a label! Don’t use a label! Whatever you do, don’t let anything stop you from being who you are the best at being.