Trump Does Not Want the Media to Know This
Odyssey

Trump Does Not Want the Media to Know This 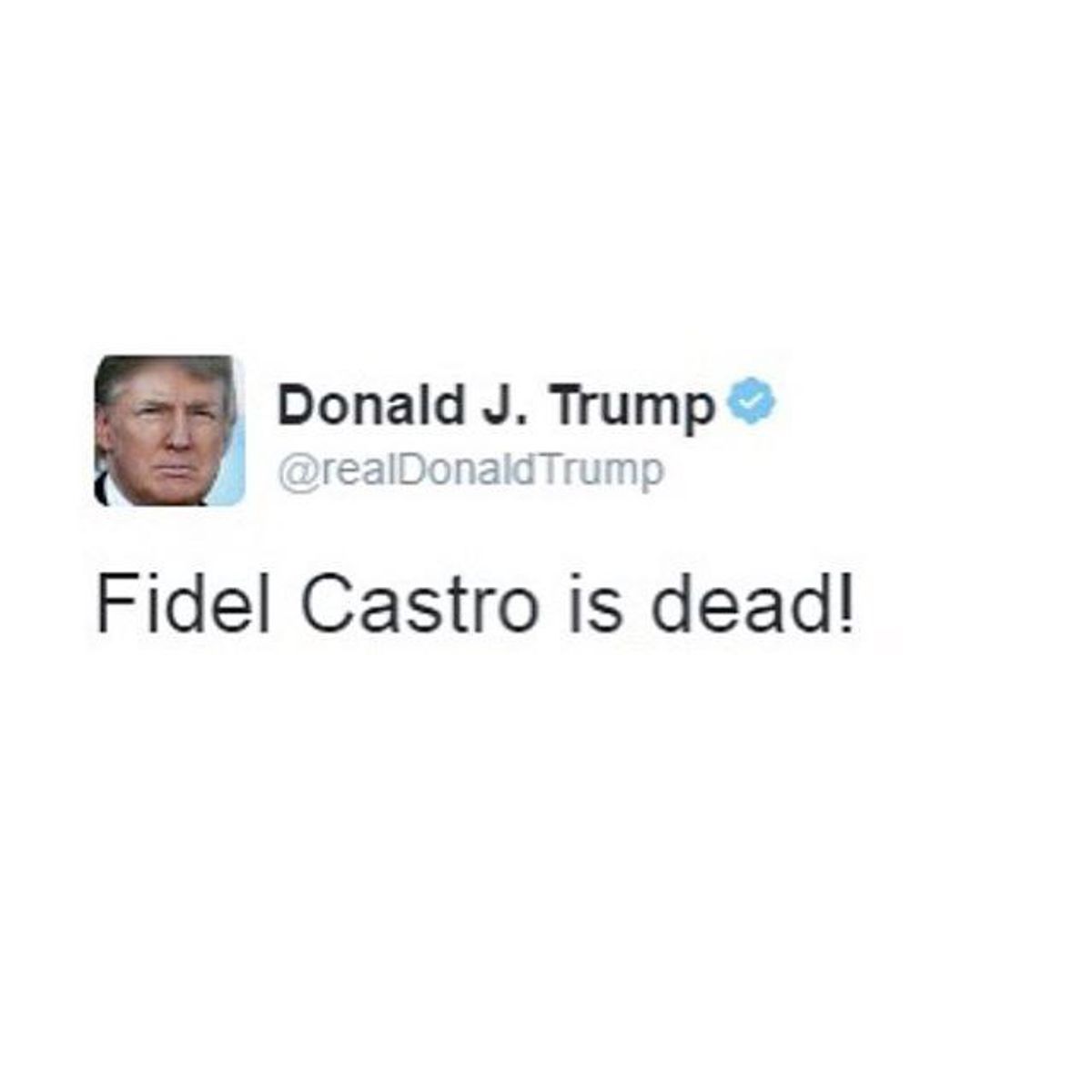 Earlier in the election, Trump posted a photo of a black crime statistics. The data was not factual and the source ‘Crime statistics borough San Francisco’ made up. Naturally, the media picked it up quickly. Trump was looked at as a liar. Trump then tweeted that the purpose wasn’t for him to tell the truth, but for the media. Black crime is very high, and the number of African Americans killed by police is marginally smaller. Trump knew his tweet would get more attention by the media if it was faulty.

This tactic has been used by Trump many times over. The media still fails to realize Trump’s ways of manipulation. Recently, Trump has been engaged in more compulsive lying. This is not due to Trumps negligence to detail, but Trump’s predictable mythology. Trump said he had the highest electoral votes since Reagan, which was false. Then he changed that to highest electoral votes since Reagan for a Republican which was also false.

Trump is playing the media like pawns once again. Even if Trump did not win by a historically big margin, he won by a large margin. The media responding to this is reinforcing the idea, which the Electoral College swayed in Trumps favor distinctly.

Notice Trump will always reference to his support when he gets a chance. In the beginning it was references to the polls and now it is the electoral votes. Group think is a persuasion technique. Trump’s continual reference to the polls alludes to the fact that he is popular. People follow popular people.