What Trump Really Thinks About Electorate Wins And Marching on Washington

Trump's Twitter whining shows he doesn't even think he should have won. And that protesting is legitimate form of challenging an undemocratic process 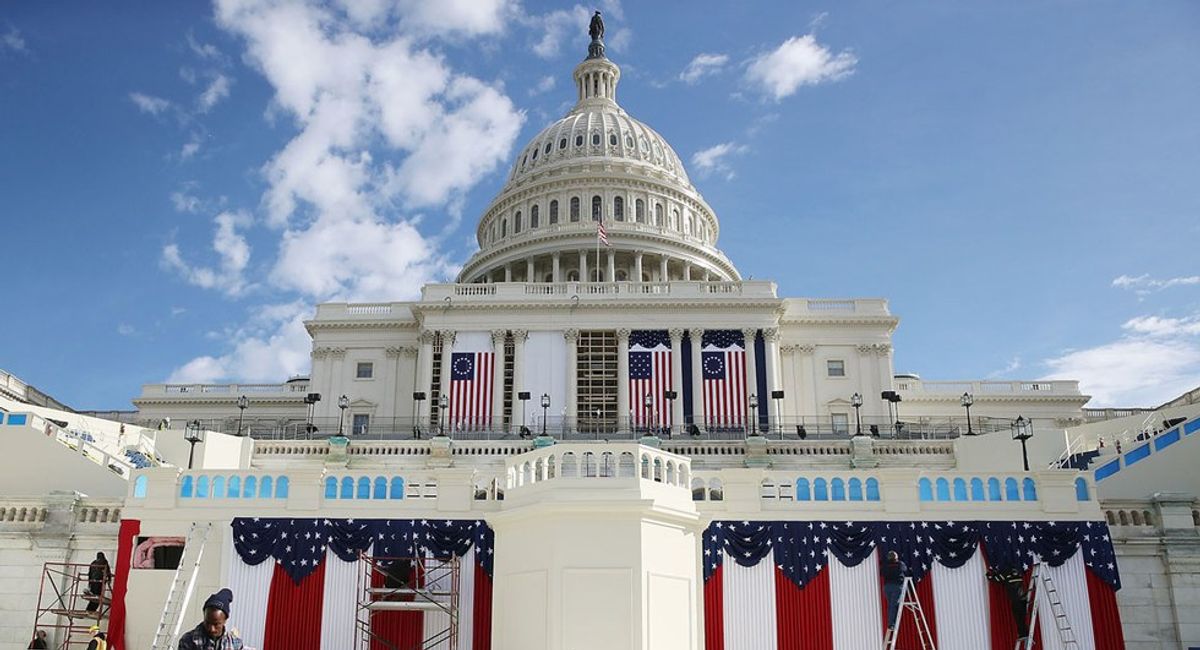 In honor of the impending inauguration this upcoming Friday to install our new Tweeter-in-Chief, I would like to remind people of three wonderful Trump tweets they should keep in mind.

What? You're saying we should march on Washington? Hmm...interesting idea.

Now, I know what some of you are going to say, I'm taking this out of context. So let's put it back into context. To clarify the previous tweet, he continued one minute later with this beauty:

You might be understandably a bit confused since 2012 was not the Bush/Gore election. Trump apparently thought that Romney had beat Obama in the popular vote, despite the numbers indicating Obama beat Romney by almost 5 million votes. Or just made up the facts in hopes that it would somehow become true? That's not how it works, dude.

But regardless of his reasons behind these posts, he seems clearly in favor of people marching on Washington to stop the "travesty" of the popular vote loser winning the election.

Oh and I almost forgot, I promised you three Donald Trump tweets. So here's his last little pearl of wisdom:

Yes, it was a disaster for democracy. The significantly more popular candidate "lost". There are pages of former Trump supporters already horrified by his actions and regretting ever voting for him. Not surprising, as he literally told his supporters to their faces that two of his biggest campaign promises were only ever words and he never meant to even attempt it.

Sure other Presidents haven't gone through on their campaign promises, but there's usually something that changes, or they give it at least an attempt before giving up. They don't say that they hated the idea and only liked the response the words gave.

So yes, this election was a "disaster for democracy" to use Trump's own words. And to further use his own words, lets protest the losing candidate taking office by marching on Washington.

While literally marching on Washington is unrealistic for most people., there are sibling marches to it that are scattered all across the globe. Yes, the globe. When a deranged former reality TV star gets control over one of the most powerful nations, it's every country's problem, especially with the looming, imminent threat of climate change already destroying some parts of the world.

So there are in fact marches going all over American and many other countries (unsurprisingly, not Russia), that it may be possible for you to join. There are 616 marches being run through the Women's March on Washington. While it's advertised as a women's march, it's mission statement promises to "stand together in solidarity with our partners and children for the protection of our rights, our safety, our health, and our families - recognizing that our vibrant and diverse communities are the strength of our country."

Specifically, the march's mission statement understands, "rhetoric of the past election cycle has insulted, demonized, and threatened many of us - immigrants of all statuses, Muslims and those of diverse religious faiths, people who identify as LGBTQIA, Native people, Black and Brown people, people with disabilities, survivors of sexual assault." While particular branches on the march have had issues with intersectionality, the overall march is attempting to be intersectional and give voices to all those who are threatened by the idea of a Trump or Pence presidency.

So if you want to take Trump's advice and march on Washington (or the nearest location) to protest this disaster for democracy, check out the nearest march to you. If marching isn't a possibility (particularly as several of the groups Trump has directly insulted and threatened either can't physically march or can't risk taking the day off to march), and the very least, turn it off.

He's a reality TV star who's still just obssesed with ratings, as his wild tweets filled with incorrect and completely unsubstantiated claims about the popular vote will show. And he's already so desperate to fill seats at the inauguration that he is literally paying to run commercials and is whining about celebrities exercising their rights to not perform for him.

So the easiest way to protest him in just the way he hates the most, don't give this whiny reality TV star the ratings he is so desperate for.