Triumph Within The Sidelined
Odyssey

Triumph Within The Sidelined

The new, stronger me believed in triumph and possibility. 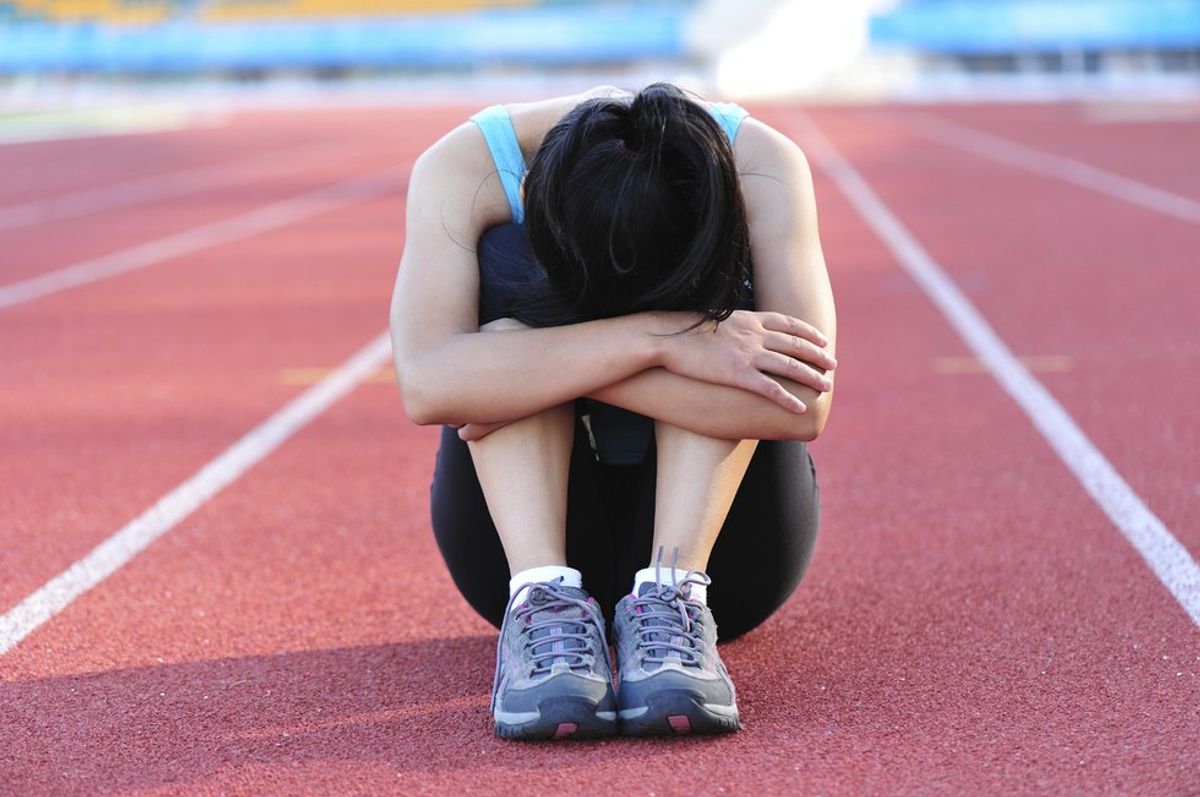 The orthopedics’ office began with the usual routine: questions and answers, flex your foot this or that way, x-rays, more questions and answers, and jotted notes. The doctor left the room, and returned 10 minutes later. This time he came back with a worried look, confirming my worst fear. “You need to take the next six weeks off,” the doctor told me. “If you continue to run, you could risk rupturing your Achilles tendon.” My heart sank into my stomach, and it felt as if my world were crashing down. Little did I know this was just the beginning of so much more.

I was at my old job at Subway when I tore my Achilles tendon. I was working a shift with a girl who was lazy and complained about our tasks daily. All in all, she made me do most of the work. However, that day, my manager was about to be on his way over to close with us soon. There was still a lot to be done, which caused me to run back and forth like a mad man. I was carrying two heavy boxes of frozen bread out of the freezer, unable to peek over the top of them, and tripped down stepping out. I felt a painful spring shoot up my lower Achilles tendon. As I continued my task, I knew something did not feel right. It felt as if there were a rubber band expanding and compressing inside of my Achilles. I clenched my eyes tight, and my god, did it hurt.

The next day, I thought it felt good enough to run on at track practice. Throughout the warmup and workout, I did not feel much. I felt essentially normal. I found that the faster I ran, the less my Achilles hurt, which resulted in a very productive practice. However, all of it eventually caught up to me. By the cool down, I was limping, and everyone pointed it out. By the time I got home, I could barely walk. The next day, my coach sent me to the athletic trainer, who believed my injury was just “a minor tweak” and “I’d be okay to run in a couple days.” A couple days turned into one week, and I tried running again. It hurt too much. I took another week off, then came our first meet. I showed up to the athletic trainer that day, demanding him to tape my foot, so I could run with my team. The following week, I dropped out of my event at the very last minute. Then the next week, I ran at another meet. It hurt even more, which resulted in taking off the next two weeks. I could no longer deny it, something was not right.

Flashing back to the doctor’s office, there were no ifs, ands, or buts about it. I was far from alright. “We’re going to have to put you in a boot,” the doctor continued, “And physical therapy.” I left with my next six weeks planned out: spent in a boot and physical therapy twice a week, two things I never thought I would encounter. I went up the high school the same day, and told my coach track season was over for me. Physical therapy grew frustrating due to feeling as if I was making little to no progress. The boot was very hard to adapt to. I thought I would like the attention gained from wearing it, but I despised it instead. I went to the store one day, and a little boy saw it. “Momma, what’s wrong with that girl’s leg?” he said, pointing at my boot. Then another time, a girl at the YMCA asked, “What happened to your foot?” I always answered, but deep down I felt sorry for myself. Why did this have to happen to me? Weeks slowly passed, and I went to a few track meets to support my teammates. Nevertheless, I always found myself crying as soon I got home. I just wanted to run.

On one of those tear-filled nights, I got a reality check. I thought to myself, I can either weaken or grow from this injury. This is my decision, and I need to make a good one. From that day onward, I decided to grow from the experience, and become a stronger person and runner from it. I worked harder than before in physical therapy, doing whatever I was told. Weeks started picking up, going by quicker. Three months out from when it all began, my physical therapists finally gave me the approval to schedule my follow-up appointment with the doctor. And on one particular June afternoon, I walked out of the orthopedics'. This time I had a smile on my face, because it was the last time I would. I was cleared at last!

Although I had to gradually build up my running mileage again, I was beyond happy to finally run. As a matter of fact, I ran as soon as I got home from the doctor’s office. Although I would never get the thrill of intently turning left on the track again, I quickly made new and improved goals. I quickly started running five days again each week, building up little by little each week. Getting back into shape was difficult, but never was it not worth it. One month later, I had my first 5K race back. Two months later, I started training for my first half marathon. Four months later, I finished it. Six months later, I set personal bests in the 5K and 5 mile. And now here I am, 10 months later, training for my second half marathon, and anticipating a full marathon in the near future. The old, negative, boot-legged me would have never thought any of this would have been possible. But that person no longer exists; the new, stronger me believes in triumph and possibility.

From this experience, I have learned numerous things. But more than anything, I have learned to never give up. From when I started believing in myself, I began to see life in a whole new light. I hope others are able to learn almost as much as I did, simply by reading this. “Our greatest weakness lies in giving up,” as Thomas Edison once said, “The most certain way to succeed is always to try one more time.” And nothing could be truer. One thing is definite, this is not the end. This is my comeback and this is my story. This is also just the beginning.