A Tribute to Stephen Hawking
Odyssey

A Tribute to Stephen Hawking

He was here. We were better for it. 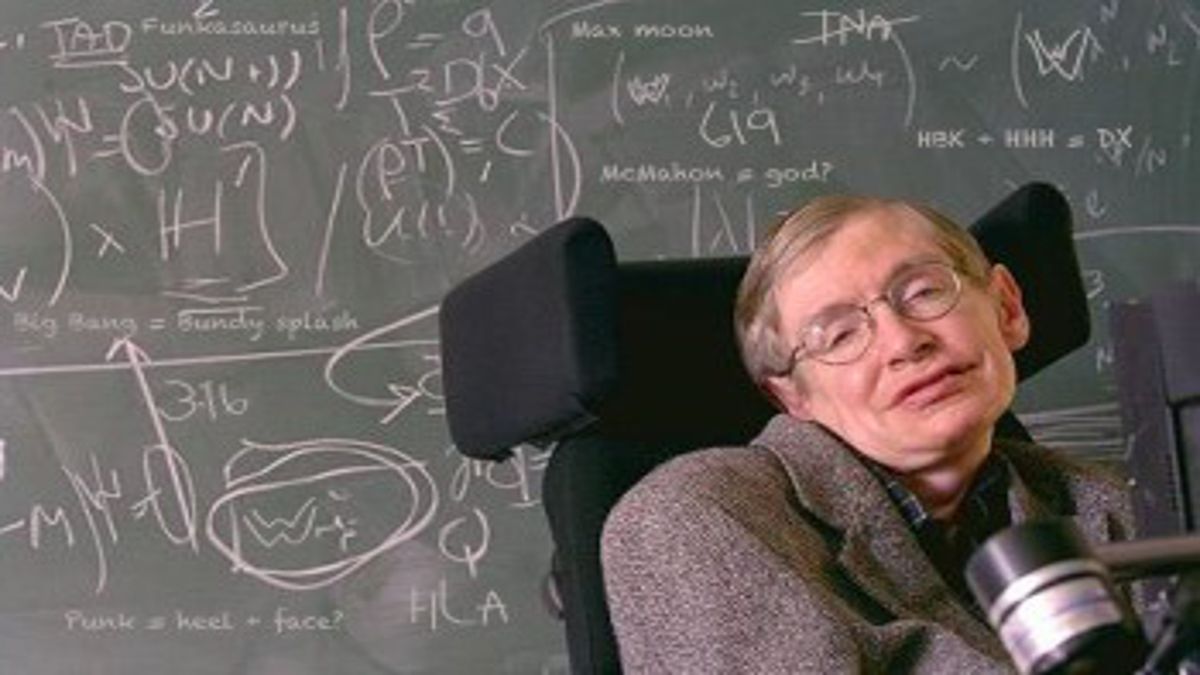 Rest In Peace to one of the greatest minds of our time. Most of us can only hope to contribute even a fraction to our human earth’s identity, knowledge, and culture as this brilliant man. Nobody knows how many almost-known secrets of the universe silently pass with him, and sleep for centuries until another generation rediscovers the paths he started — a legacy the icons of scientific discovery have continuously left before him, and surely will after. Condolences with his family and friends, to whom he was not a great explorer of the unknown or a symbol of resilience and excellence against all odds, but merely a man who they loved.

To the people like me, the bullied childhood nerds relentlessly assaulted with accusations and otherness with their only crime being relentless curiosity, the overambitious kids from less-than-promising backgrounds, the very-flawed very-human questioners restlessly Wondering and wandering and longing to understand Everything, the ones so used to being underestimated they can’t tell which inner voice is self-doubt and which is a memory... people like Hawking have always been bright shining lights in the dark.

I want to ask note, briefly, with respect to my own privacy - as someone like me, who was told at a young age I was going to die, and felt at a young age that my body was trying to, and was surrounded by open-ended evidence that a diagnosis would define me and put a loud limiting countdown on my life, Hawking’s defiance of medical odds mattered. He did it for himself, not for all of us, but it mattered.

And as someone who watched her own mother be diagnosed with a short life expectancy, plagued with excruciating pain, and told to expect decay of quality of life and function for as long as Time was endured... Hawking’s story mattered. He outlived a death sentence with shining colors - how man can say that?

But I’ve also understood a lot of things in mortality that you can’t have a theoretical knowledge of. You have to feel it. Optimism. Emptiness. Stillness. Grief. Preparatory grief. Dread. Inevitability. Shutting your mind off consciously just to enjoy a moment. Enjoying the moment. Sunlight on your skin. Hugs you don’t want to let go of. Voices you’re scared to forget. Looking at the world around you to see what is missing in you. What it means to memorize the way an ocean sounds, or what the air feels like. What it means to run. What it means to heal. What it means to need someone, and to need something. To take an internal audit of your own life and know what you’ll sacrifice for what or who, what your life-or-death priorities are. What it means to hope. To seek a purpose. To cling to stories like fables and religious anecdotes. To collect examples of people who have Survived This as proof you can present to the other side of your own mind that’s crippling itself with What Ifs. To see someone do something and start to believe you just might make it.

I know SH didn’t seem the type to appreciate a certain brand sentimentality, especially the spiritual kind. (If I had ever written a letter, and I didn’t, I wouldn’t have dared mention my private convictions about destiny, unwavering as they’ve been - especially the last decade, and the last 5 years.)

Instead, I’ll say this: he got his diagnosis and his sentence, and he said “not me” and went on to live, ferociously, a full lifetime. And that was enough. And it wasn’t enough. He made a business out of the extraordinary. He went on to change the whole world.

Who laughs now? Who doubts in looking at his legacy, as we all think in eulogies, that he did exactly what he set out to do?

I don’t know if he was happy, if he had regrets, if he was troubled by his quality of life. All I know is what the people said, and his rejection of that, and that he did it on his terms.

And when you’re laughed at, and maybe feeling cursed by whatever idea of God or Universe or random chance you believe in, you feel out of control until you take control. No one gives your life back until you take it back. If you do. He did.

You stare death and agony in the face, and if you beat that - what can stop you? He made the Universe confess to him with a hand and a mind.

Imagine what’s possible when you decide “impossible” can always, always be followed with “until now”.

RIP Mr. Hawking. I didn’t know you. I don’t understand half of your work, though I’ve tried. I don’t know if you would have laughed at me, and my silly ideas about things, and the false equivalencies I draw between our lives under the loose justification of “heroes” and “inspiration.”

I don’t know if you loved having a world of witnesses in your struggle, or if you even packaged fame and life-with-challenges that way in your worldview. But for what you did, what you shared, how you lived, and how you allowed so many eyes on your legacy, I thank you and I honor your memory.

I know that this sounds as if I have made this event somehow about me, which it is not. My intention is rather to say, this is a life he has touched, and utterly unremarkable in an army of admirers but completely remarkable all at once. Like each of us in our momentous insignificance in Sagan’s pale blue dot.

We are better for his presence and lesser for his absence. What more can each of us hope the world will say at the end of our lives?

He was here. We were better for it. May he find peace.

Emmaline B
The Narrative
95367
https://unsplash.com/photos/O0T1SIgHAfM