If you refused to go anywhere where a tragic death or accident took place, chances are you would barely be able to leave your house let alone explore the beautiful world that we exist in. 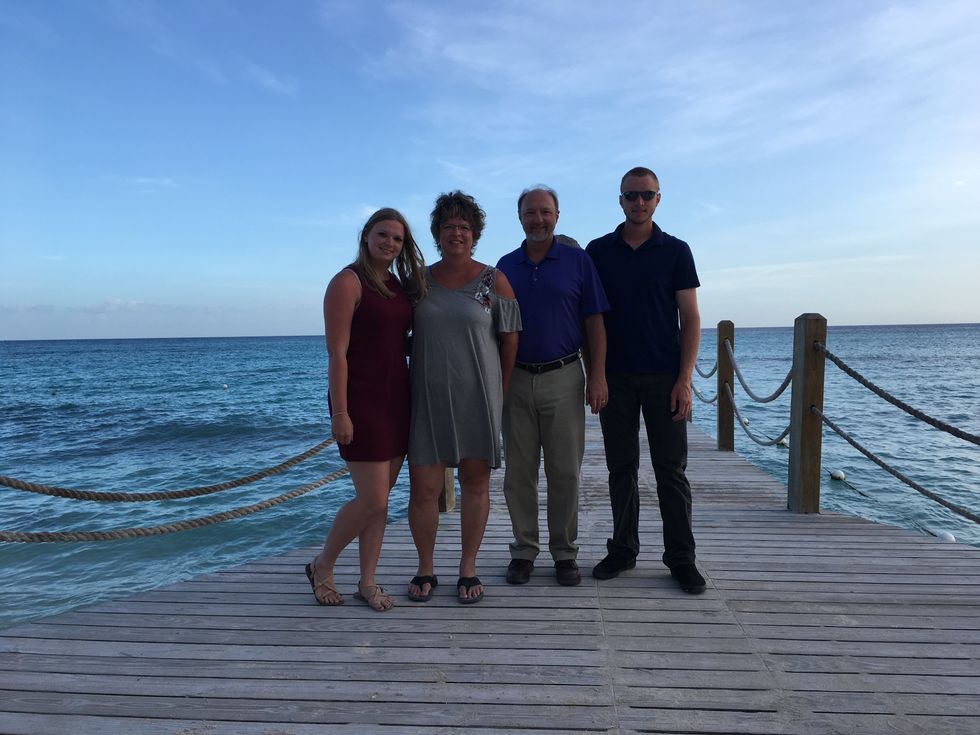 If you have opened a newspaper, been on the internet, turned on the TV, or have seen the news in any form, you have definitely seen that ten American tourists have died in the Dominican Republic in the past year with most of the deaths being scrutinized as "mysterious."

The widespread panic about traveling to the Dominican Republic surfaced after a couple was found dead in their hotel room, sparking a domino effect of family members revealing their loved ones' "mysterious deaths." The cause of most of the tourists' deaths is attributed to either heart attack or fluid in the lungs, which are both factors commonly attributed to poisoning. Speculations have arisen that poisonings in these cases most likely are caused by improperly used pesticides or tainted alcohol, specifically from the mini bars found in resort rooms.

Despite this news, the Punta Cana vacation my family planned is quickly approaching and our plans are still in full swing. Whenever any of us mention to family or friends where we will be vacationing in a few weeks, we constantly are quizzed about if we are sure that we want to go there and are reminded about each tourists' death.

While my greatest sympathies go out to each and every family and friend who has had to deal with the loss of a loved one while they were supposed to be having the trip of their lives in a foreign place, I refuse to pause my life for a fear. If you live your life in fear, you aren't really living. You cannot put your life on pause because of the possibility that something bad could happen. If you refused to go anywhere where a tragic death or accident took place, chances are you would barely be able to leave your house let alone explore the beautiful world that we exist in.

This type of thing happens more often than we think. Specifically, whenever one tragic incident happens somewhere, humans have the immediate reaction to become skeptical. We look for patterns and attempt to make connections that are not really there because we are built to put things in order. We avoid chaos by looking for a solution connecting pieces of information that do not necessarily fit.

With the influence that the media has in current times, this type of pattern-based connections and reasonings easily become even more widespread. The media instills fear in us—fear that is not necessarily needed. Although it is important that we are informed about what is going on in society, we also have to realize that a lot of situations are blown out of proportion or are framed in a way that sensationalizes news and speculations instead of clearly stating facts and what is truly known.

The majority of news outlets are focusing on skepticism and uncertainties instead of the truth of the matter. The more people who come forward about American tourist deaths, we ignore how many people die unexpectedly every day around the world, not just in the Dominican Republic.

"Dominican officials assert that the number of deaths in recent months is no greater than would be expected statistically in a country visited by more than 2 million Americans each year. The United States government ... appears to support the Dominican government's contention that the alarm over the deaths may be exaggerated."

Instead of allowing my fear to control me, I am going to have to use it as a motivation to be more cautious than I normally would be. I need to walk a little closer to the people I am vacationing with. I need to listen a little more carefully to the crack of a bottle to ensure that it was sealed prior to my consumption. I need to examine more in detail the foods I am eating and if they taste as they normally would. I need to monitor more avidly the activity in my hotel room.

So, yes, while I understand that there may be a real danger and that I cannot be reckless and completely carefree on this vacation, I still refuse to let the fear of the possibility something bad can happen stop me from enjoying my break from the monotony of my everyday life.

travel
Report this Content
This article has not been reviewed by Odyssey HQ and solely reflects the ideas and opinions of the creator.