Traveling Home On I-40 West
Odyssey

Traveling Home On I-40 West

Road trips are more fun when you stop and see the towns you pass through. 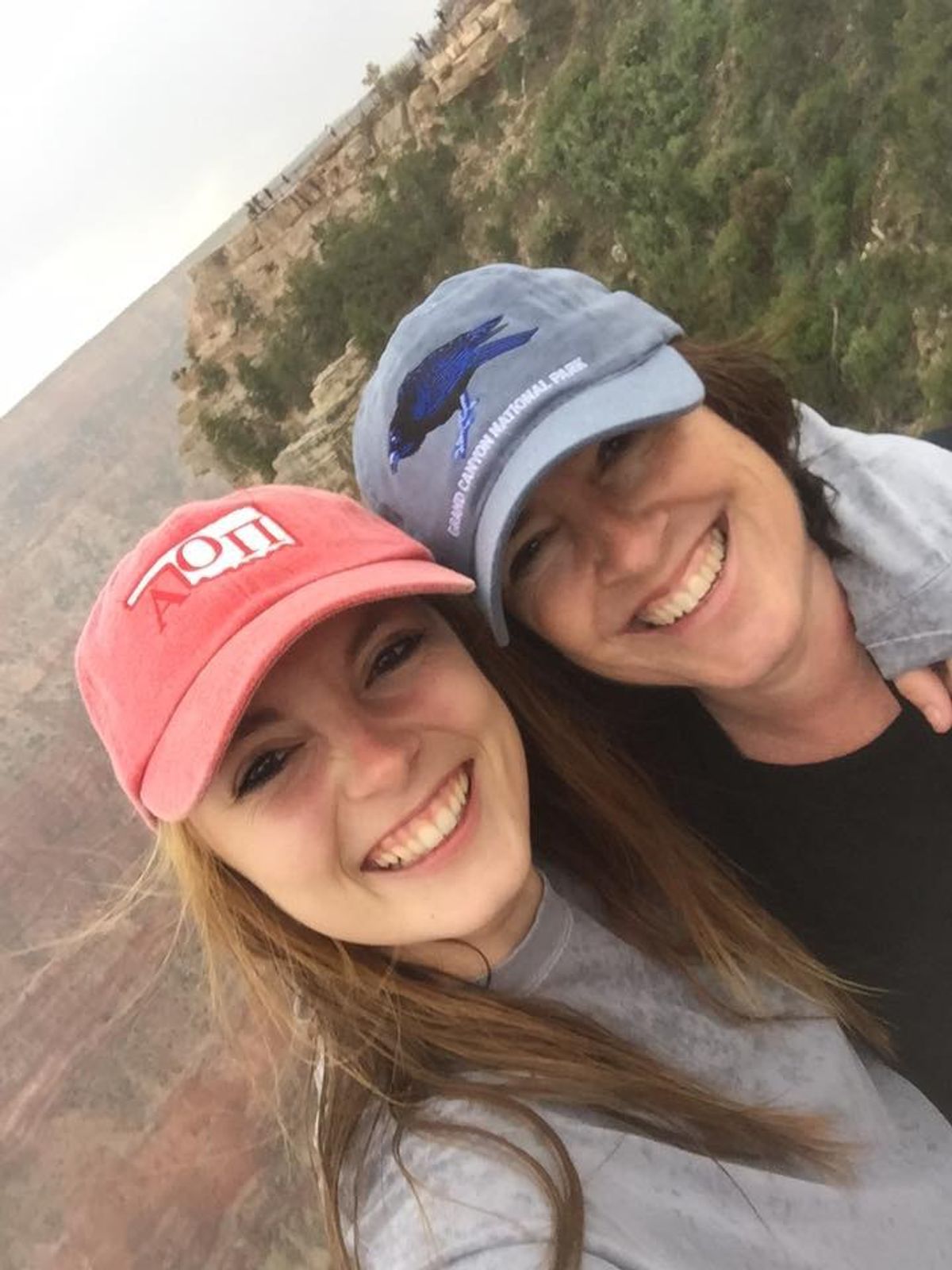 The car was full of suitcases, backpacks and loose items such as hair straighteners and purses. It was seven in the morning and time to leave the beloved home I live in for nine months out of the year. Too early to cry, but time to hit the road, we left after we got our early morning caffeine from the local Starbucks.

This was my mother’s and my seventh long road trip together. We are no newbies when it comes to spending hours in the car on the I-40 West highway. We know the scenery, how to deal with weather and how to keep entertained when driving for so long throughout the day.

We may not be newbies to the sites or the roads, “Oh look there’s that Indian Cave place we always see,” but we haven’t seen it all. It’s amazing how many random attractions our American highways have on the side of the roads in the middle of nowhere.

However, we decided to be more spontaneous this time and have more stops and see more sites along the way. What’s a few more hours of driving to see more of America when you’re already stuck in the leather seats for 20 hours?

See you in three months, I thought to myself as we left Norman, passed Oklahoma City limits and continued on until we reached our first stop of Amarillo, Texas, for some much-needed lunch.

The Crush Wine Bar is a perfect halfway point of the first day's drive. Having been there before, we ordered our usual: my mother with a southwest cobb salad with a side of homemade potato chips and french onion dip dressing, and myself with the chicken and brie sandwich. (If you have a sweet tooth and room for dessert, we highly recommend the cornmeal pound cake, a usual must, but that day we decided to be healthy). This restaurant is fast, delicious and always has seating available.

While in Amarillo, we decided it was time to make the stop at the tourist attraction on the side of the highway: The Cadillac Ranch exhibit. This exhibit has been on the side of the highway exit since 1974. It is a row of old Cadillac cars planted into the ground and tourists can spray paint whatever they want on them. It may seem weird or pointless, but it was fun. A ton of fun. After about an hour of tagging old cars, we hit the road for our final destination of the day: Albuquerque, New Mexico.

After playing every song I could think of, stopping to get gas, shouting license plate states, admiring the beautiful sunset behind the plateaus and switching drivers, we arrived to the city. Checking into our hotel, we stayed in for the night, knowing tomorrow would bring another long day of sitting. Albuquerque is a nice stop, as it has many restaurant choices and grocery stores. A Super Target is nearby, along with the necessary Starbucks for the early morning.

We woke up, got coffee and got back on the 40 west. This time, we knew to stop at a church we once spotted on top of a hill in Laguna Pueblo, Mexico. Following the exit onto dirt roads and up the Native American territory, we spotted the ancient church. It was early in the morning, but as walked into its sanctuary, we saw a family inside the beautiful building cleaning it. The women told us the church was built in 1699. Each family within the town has a month in which it is their job to clean the building. The church was beautiful; white, small and it had an amazing view out back of some plateaus. I couldn’t imagine going to church in such a building each Sunday. After admiring the church and talking to the nice family, they directed us to the nearest gift shop. It was full of tribal necklaces and pottery and we didn’t find the postcards we wanted, so we took some Indian Fry Bread with honey to go.

We also stopped for lunch in Gallup, New Mexico, at a place called Camilles SideWalk Cafe. The menu was fantastic. Full of soups, salads, wraps, sandwiches, smoothies, etc., it's perfect for any group of picky eaters. The apple-walnut tuna salad was filling, along with the banana boat smoothie. It was a place I would definitely go back to.

Now it was time for the finale. We decided it was time we saw the Grand Canyon. I remember thinking as we finally passed into Arizona, "how grand could it really be?" The trip to the Canyon was an hour out of our way, but my mother convinced me, “We at least have to say we’ve seen it once.”

It then began to rain. The sky had thunder and lightning, but we had already turned off the 40 onto an unknown highway that supposedly would lead us to this Canyon. We were on it for what seemed like eternity. "Where is this Canyon," we both kept thinking. The rain came down harder, but we finally made it to the entrance. “Thirty dollars,” the lady at the window said. We got our parking ticket and continued through small towns, past camping grounds, and to where the visitor center was. It was cold. I changed in the car, my mother wore her jeans and we headed out to our adventure. After getting a hat to cover my mother's head from the rain, we asked a woman, “So where is the Canyon?” She laughed and pointed down a path.

"Woah," I thought. It sure was grand. How did we not see it? I was breathless. We walked the path for a little over an hour taking in the scenery, the quietness of nature, the views and taking pictures. We were soaked and cold, but we didn’t care. It was amazing. “Well, that was definitely not something to see just once,” my mother said as we walked back to the car. It definitely wasn’t. We decided we needed to see it again on a clear, sunny day. I would see it many times again. It’s not something you just see, for it truly is an amazing work of nature.

Our last stop in Williams, Arizona, was full of exhaustion. We didn’t leave our hotel room. We were ready to be home. However, the next morning (after Starbucks), we saw some shops within the small town and decided it was cute and likeable.

That day, we made it home. We hit traffic coming into California, of course. What else could you expect? Happy to be in our own beds that night, we were sad our adventure was over. Road trips are something we enjoy; something that is easy to make fun. My best advice is to do research on the route you are taking. Do the random fun things and see the United States. Being adventurous is what makes life worth living. The I-40 West was good to us once again. I can’t wait to see where it takes us next year.

Caitlin Marie Grimes
University of South Florida
11492
Beyond The States