Have you ever wondered who the most fearsome women pirates where? 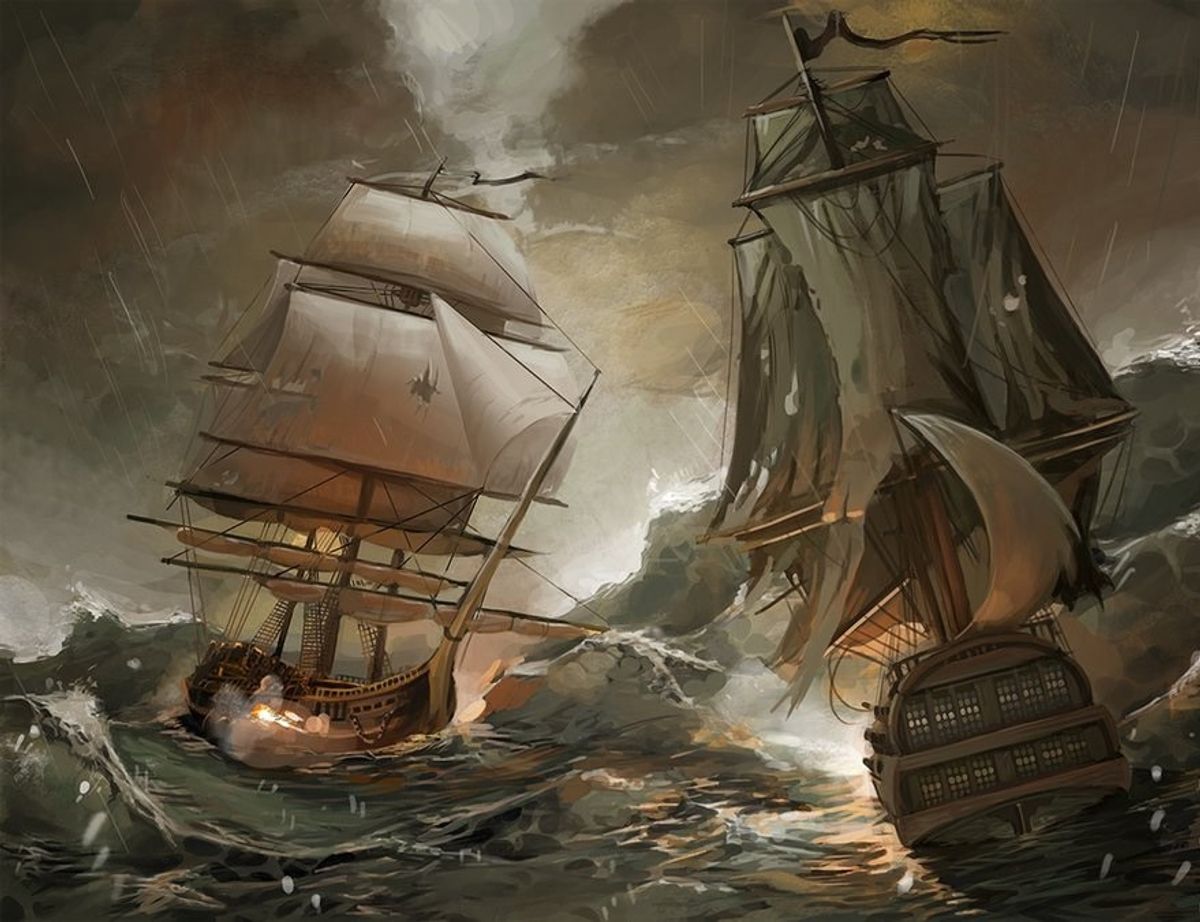 There have been awesome pirates throughout the years but nothing quite compares to the level of badass a woman pirate brings. Be it to avenge the wrong killing of her husband, to bring an empire down a notch, or to reclaim what was hers, these women were truly the biggest badasses of their time. Here are a few of the biggest names of lady pirates:

After her husband, the King of the Ardiaei tribe in Illyria, died she took over the crown. She supported the pirates of her Kingdom and with that support they captured merchant vessels of Greece and Rome. This lead to the capture of two Ambassadors of Rome, one killed and the other held captive. Eventually, Rome was forced to declare war. Once Queen Teuta surrendered Rome declared that no ship should sail under her reign.

After stabbing a servant girl with a table knife Anne married small-time pirate James Bonny. She was soon after disowned by her father and moved to the Bahamas with her husband. She then became mistress to Jack Rackham, and divorced James. They captured the Revenge took to the seas, and assembled a crew. They captured many ships some transporting tea from England. She befriended Mary Read and became a fearsome duo. The Governor of Jamaica commissioned Captain Jonathan Barnet to deal with Anne and Jack. While most of the crew were too drunk to hold off troops Anne fought them off for sometime before the ship was captured. Rackham was executed and Bonny was spared after it was found she was pregnant.

Jeanne de Clisson was British and lived in Brittany when she married Olivier III de Clisson a wealthy nobleman. After failing to defend Vannes he switched allegiances to the English and was later captured by French and executed under orders of King Philip VI. Jeanne swore vengeance on the king and sold her lands and bought three ships calling them the "Black Fleet" because of their black exterior and red sails. She assembled a crew and took to the seas defeating any ship belonging to King Philip VI leaving only a few alive to tell that she had struck again. After his death, she continued to capture ships. She later retired to Britain.

This lady spent most of her youth disguised as a boy by her mother. Wanting adventure she kept up the charade and adopted the name Mark Read. She became a soldier and later a merchant sailor. She later became a pirate when she found herself aboard Jack Rackham and Anne Bonny's ship. She revealed herself as a woman and befriended Anne in the time she spent aboard the ship she became a fearsome pirate. When the trio was captured her and Anne weren't because they were pregnant. She later would die in prison.

She was the Queen of Unmaill she was a fearless leader who rejected the ways a woman was "supposed" to act. Instead, she took to the seas commanding 20 fleet ships to stand against Britain. She raided ships of the English and Spanish. She was legendary for her escapes and her captures. She continued to pirate until her death in 1603.

Ching Shih became one of the most feared pirates in history. She controlled a fleet known as the Red Flag Fleet. She raided ships along the China Sea and plundered towns. She kept a very high code of honor and if you violated it, well, you died. She was so fearsome that the Chinese Navy was sent to stop her and instead were defeated and she got away with it all by basically saying I won't destroy you if you stay out of my way.

After being deported from France for criminal behavior Anne married Pierre Length. One night in a bar fight Pierre was killed by Laurens de Graaf. Anne challenged Laurens to a duel and when he drew a sword and her a gun he was so impressed he proposed. She said yes and together they sailed the seas. They took over ships and raided Jamaica. Anne and her two daughters were captured and what happened after they were freed is unknown.

After her and her fiance joined her brother in the pirate business they soon found she was no one to be messed with. They attacked a Dutch merchant ship killing the crew and stealing the cargo. This lead to the capture and execution of her fiance and forced her to flee.

This Haitian woman had a hard life after her mother died after giving birth to her brother, and her father killed. To take care of her brother she had to turn to piracy. She had to fake her own death in order to escape the government. After living as a man she returned to pirating and is thought to have sailed alongside Anne Dieu-Le-Vuet.

Wall was the only known American pirate. She married George Wall and tried to settle in Boston. The two were always poor so when she procured a small boat she saw oportunity. She used the boat to go out after storms pretending to be ravaged. After boarding the unwitting ship they would murder and steal. This ended when a storm passed through and destroyed her boat and killed her husband. She continued to steal on land and was arrested. She wrote a confession of her sins trying to sway the authorities. It didn't work and soon she became the last woman hanged in Massachusetts.

Nicole Marie Nigro
Individual Creator
8517
c1.staticflickr.com
Where to start...... Let me start with the cliche that life throws us curveballs and what we do with it is what counts.