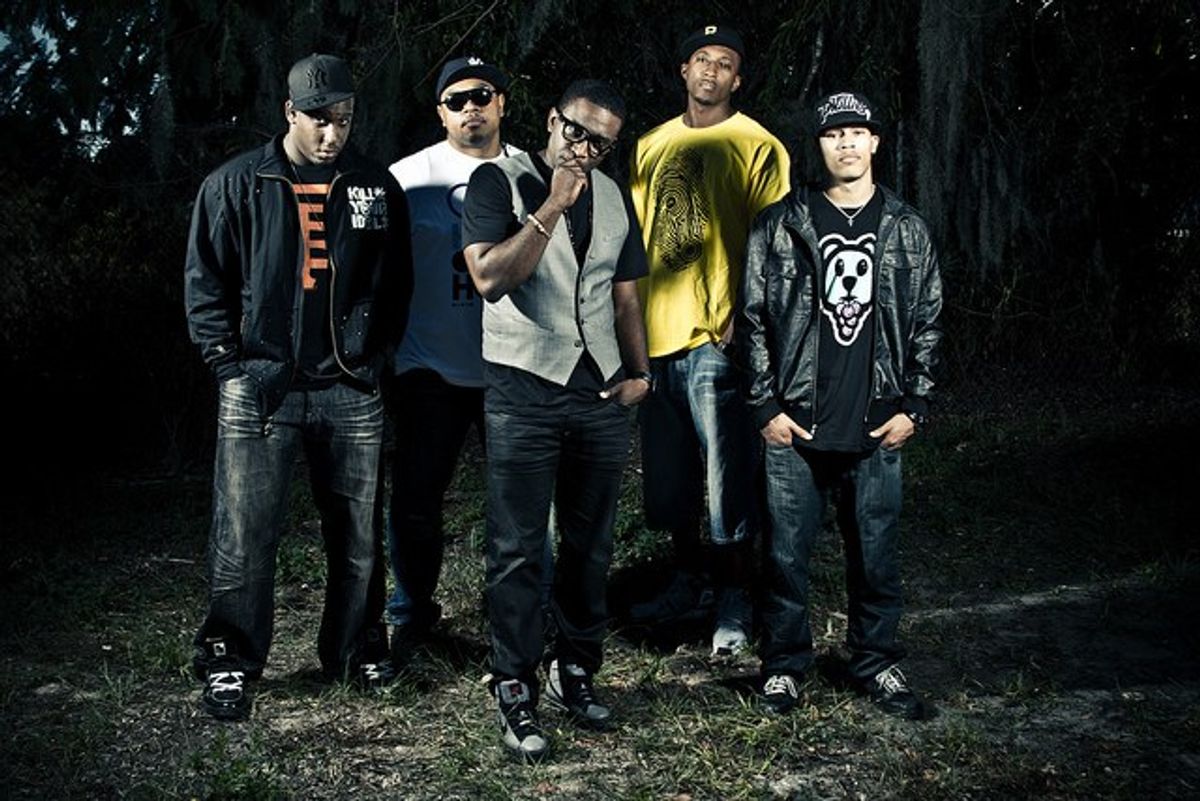 Most people think Christian rap and hip hop must be a joke -- isn't all Christian music slow hymns or weird worship music? Well, I love those hymns and worship songs (not to mention the contemporary music, which most people also are pretty unaware of), but my true love is Christian rap and hip hop. It is incredible. So if you think it might be interesting, take a look at some of these songs (which are my personal favorites, although you should check out all the rappers themselves to see if perhaps you like different songs by them).

So this is actually one of my friends from back home, and I absolutely love this song of his. He's so passionate about Christ, and he's done a number of different songs if you want to check out more by him (he has a two free mixtapes out now!). Here's a link to his second one: https://soundcloud.com/david-santiago-22

This was one of the first Christian rap songs I fell in love with. Mainly for these lyrics: "But I love you even when your light's off in your dark shame/... I still want you back, I won't punish you/ I took that on the cross because I wanted you." It's incredible to know that despite our imperfections, Jesus died for us anyway. He still picks us.

This is on Lecrae's relatively new album, Anomaly. It's one of the few songs that some of my friends who don't like rap actually enjoy, so I knew I had to include this. My favorite line? "Speak out/ though we never been qualified to do it/ I ain't earned it/ I was loved into it." One of the most remarkable things about Christianity is that we don't have to "earn" our place - we've been given it, paid for already by perfect love Himself.

I love this song mainly for the beat. Like how can you hear this and not dance? The lyrics are pretty on point, as well.

This song is just so radical, how can you not love it? It's a compliation of different things people have said to Minor, and the experiences these people have gone through are just awful - molestation, murder, losing one's parents (right in front of them!), etc. And the point is, are we, as Christians, ignoring it all? Are we stuck in our heads, our own perfect and (sometimes) hypocritical worlds? This song pushes us to step out, to look beyond our own lives. Don't just tell people religion will fix everything. It doesn't work that way. Instead, be there for people -- be part of the solution! Don't just preach at them.

Oh. I just love that song.

First of all, the beat to this song is crazy. The message is even crazier! It's all about how we're born robots, part of the "system." We have to break out of that, be different!

This song is all about how nothing anyone does is going to stop us from living our lives for Christ. We can't listen to the voices of other people, or even the voices in our head, that all tell us we can't do [insert thing here].

This song is all about giving 100% of your life to everything you do. God wants every part of you -- every piece of who you are and what your future holds. This is a declaration for KB that he'll do whatever God wants (and we should, too, because God never fails us!).

My favorite line in this song is by Andy Mineo: "When you heard a story bout the hero dyin for the villian?" It's always made it one of my favorite songs. Because that's just not how stories go. The hero, if he dies at all (which is rare), usually dies for the good people. Could you imagine Harry Potter sacrificing himself to save Lord Voldemort? No. That's not how stories work! But that's exactly what Jesus did, because we, as humans, are completely imperfect, but he came and died for us anyway. How radical is that?

I love this song because Andy Mineo is just so incredibly honest. Almost every line in this song is gold. We can all relate to this idea. We love being comfortable. Not just in having a lot of stuff (although that's part of it). We don't like talking about uncomfortable topics, either, like slavery, or gay marriage. My favorite line is: "I apologize for Christians with pickets/ saying 'God hates fags'/ I promise Jesus wouldn't act like that." Not many people are ballsy enough to say that. I appreciate him doing so. He also pokes fun at some things - we're fighting over legalizing weed while some people are dying in other countries. It's just such an awesome song.

This song has an awesome beat to it, and KB is probably my favorite rapper so that automatically makes this song pretty awesome. It's all about how people look at him sideways because his beliefs. We, as Christians, often confuse people.

The beat to this song is sick. Plus, it's all about how non-believers think Christians are "dumb" because what we believe in seems so crazy. God is three in one? That's insane. You think God became a man, and instead of being a King, he was a carpenter? And instead of leveling this world, he died... to save us? Yeah, it's a bit nuts. But our beliefs don't make us unintelligent.

Honestly, I only really know the chorus to this song... but looking up the lyrics, it seems pretty cool! I just love the beat. When I need to jam to something, this is it!

This chorus is also pretty sick. I love when GS says: "When they remind you of your past/ don't drop/ I used to be that but not I'm not." Bizzle's verse seems to be about how people shouldn't just judge Christianity, lump us all into this one overarching category (a category that typically is labelled negatively). These guys are just being straight up honest - I love it.

This song is off of one of Lecrae's "Church Clothes" mixtapes. It's all about how he can party without alcohol or drugs. But what I really love about this comes right at the beginning of the song, where he talks about his "homie in here burnt up." He doesn't condemn him, just says he's workin on him (and in the end, he's still a cool dude). I also love that in this music video, he still goes to parties! Who says Christians can't have fun?

I love this song for two reasons -- first, the beat. Obviously. It's definitely a party song. Second, I love that it's about how Christians can party (just like "I'm Turnt"). People seem to think that because of our faith, we're kind of just stuffy fun-suckers. I hope people realize that that's just not true!

This song has a special place for me - I never used to think I really liked Trip Lee, but him and Andy Mineo rock this song. It's all about living in the moment. We could die tomorrow, so how dare we considering wasting today? That's why they call themselves "insomniacs." It reminds me of that phrase "I'll sleep when I'm dead." Minutes are precious, so you better spend every one of them the best you can.

This is a song that I can appreciate (even though I'm not a man...). I just love that all of these guys got together to make this song. It's basically all of my favorite Christian rappers all together, so how could it not be my favorite? It's basically a call to all men to man up, from a group of men who all came from rough situations. Our society's version of becoming a man is basically the opposite of being "manly" according to these guys. Men have to step up, take responsibility for their decisions. One of the best lines? "It don't matter how you started, partner, it's about how you end." It doesn't matter where you began in life -- what matters is where you went from there, where you are now, who you are now.

Christian rap and hip hop is really a passion of mine. I hope you at least clicked on a few of these songs so you can appreciate the beats and the lyrics these guys work so hard to create.