Check out The Crown Garden & Archives! 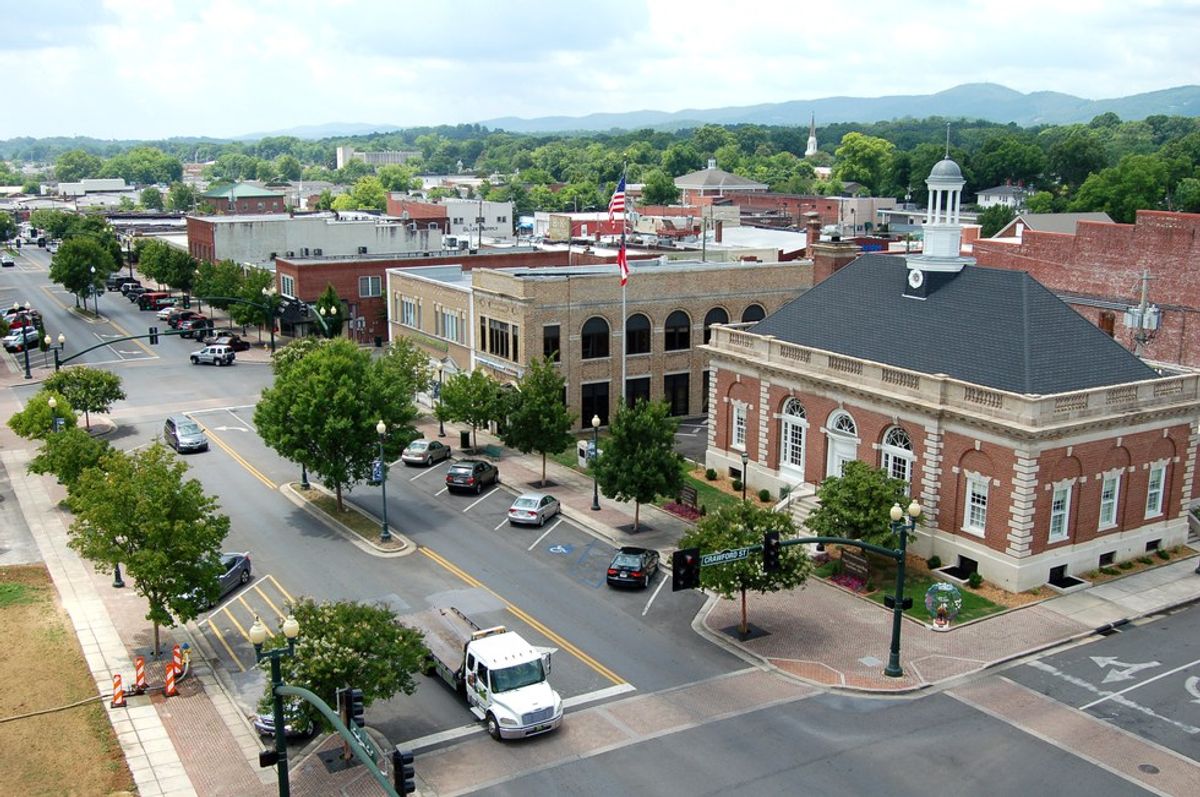 Why should millennials visit the historical sites of Whitfield and Murray County?

The Hamilton House, built is 1840 and restored in 1984, is the oldest brick home in Dalton, Georgia. The Hamilton House originally belonged to John Hamilton of White Plains, Westchester County, New York. John Hamilton, a civil engineer, came to Kingston, Tennessee to work on the Tennessee River. About five years later, Hamilton John and his wife, Rachael, moved to Georgia to help construct the railroad system connecting Chattanooga to Atlanta. During the Civil War, Confederate General Joseph H. Lewis used the Hamilton House as the headquarters for the Kentucky Orphan Brigade during the Civil War Era while Rachael was away in Middle Georgia.

The Blunt House, built in 1848, is the second oldest home in Dalton, Georgia. The Blunt House. The Blunt House belonged to Ainsworth Emery Blunt who was the first mayor of Dalton, the first postmaster, one of the founders of the First Presbyterian Church, and a leader in the 1851 formation of Whitfield County from Murray County. During the Confederate occupation of Dalton, General Joseph E. Johnston and his staff officers were entertained at the Blunt House. Also, the Blunt House served as a Union hospital with outside brush arbors that protected the wounded Union soldiers.

The Huff House is an antebellum home that was the headquarters of General Joseph E. Johnston during the Civil War in the winter of 1863 to 1864. Also, The Huff House was the site where General Patrick Cleburne proposed arming slaves in exchange for their freedom to alleviate the manpower shortage facing the Confederacy. Did you know that Linda E. Huff, the lady who bought the house in 1890, turned the house around to resemble the newer homes on Selvidge Street? The house was placed on a turnstile powered by mules.

In 1909, Thomas Wright established the Wright Hotel to serve as a three-story hotel and home of the Wright family, which included his wife and six children. During the 1900s, an influx of Northerners and Southerners visited Chatsworth to drink the refreshing mineral waters, enjoy cool mountain breezes, and to dine on Southern-style cooking. Currently, the Wright Hotel contains several historical displays such as hotel registers, Indian pottery and baskets, a 7-foot tub in which Mr. Wright was baptized in, and so much more!

The Battle Park, located on Dug Gap Mountain, offers a magnificient view of Whitfield County and a glimpse into the rich Civil War history of our area. The Battle Park contains hiking trails that feature stone fortifications and historical markers.

In 1904, the Louisville and Nashville railroad system ran from Cincinnati, Ohio to Etowah, Tennessee. In order to complete a direct line to Atlanta, the L&N railroad system began laying tracks from Etowah south. In 1905, tracks were laid through Murray County. The Chatsworth Depot, now located adjacent to the Wright Hotel, was built along the tracks during this period.The Chatsworth Depot contains two museums: The Talc Museum and The Railroad Museum. The Chatsworth Depot contains a collection of historical artifacts such as equipment tools, photographs, maps, and so much more!

Open for special occasions and events.
Please check Facebook and this web site for opening announcements.

The Spring Place Methodist Church is the former county seat of Murray County and second oldest town in North Georgia. The old Methodist church is the oldest existing public-use structure in Murray County. In the 1830s, the Spring Place Methodist Church began as the Indian Mission in northwest Georgia. During the Trail of Tears, the group at Spring Place became a regular congregation. After the church was rebuilt in 1875, it has hosted several events such as homecomings, conferences, revivals, and ladies' luncheons.

In the 1890s, this building once served as headquarters for the Crown Cotton, but it now serves as headquarters for the Whitfield-Murray Historical Society. Mill If you want to examine one-of-a-kind documents, then come by the Crown Gardens & Archives where you discover genealogical research material, original ledgers, local family files, regional marriage and cemetery indexes, and so much more! Also, if you want to schedule meetings, baby and wedding showers, seminars, fundraising events, or family reunions, then call the historical society!