These are the ones to beat. 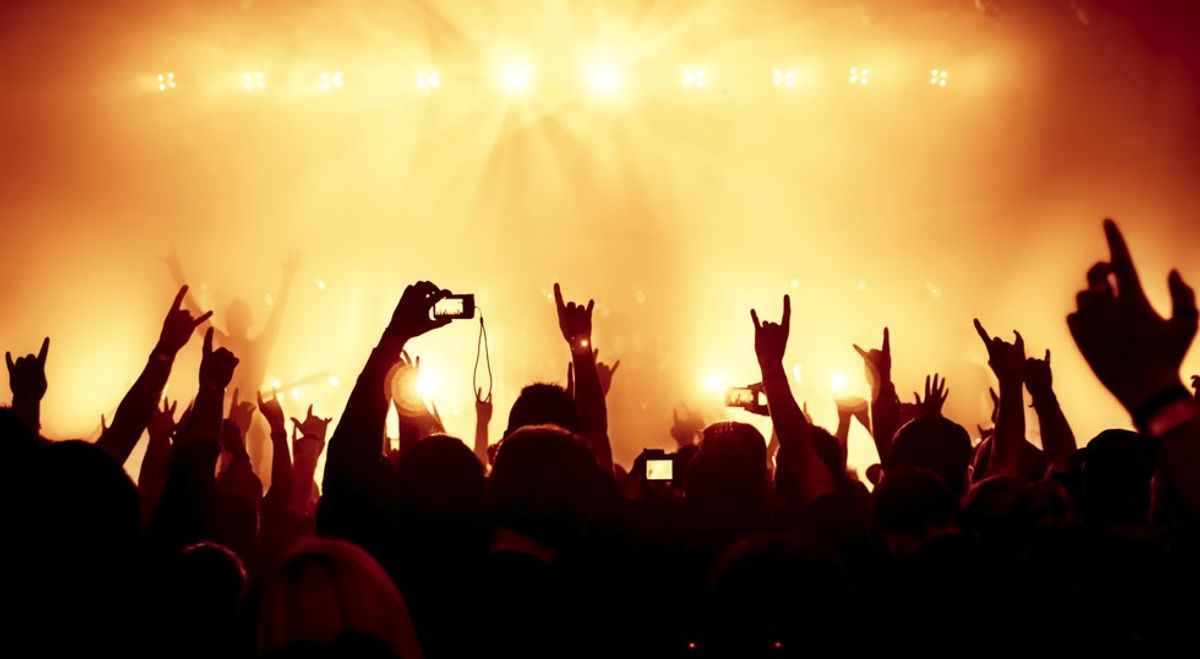 I've been lucky enough to have been able to go to a lot of concerts in the past few years. I've seen a range from sold out shows to concerts in bars, indie to rock and roll, good and bad. Here are my top three favorite concerts of all time! Enjoy!

Brendon Urie is amazing. The rest of the band is good too, but Brendon really steals the show. I've seen Panic! three times within the past three years and they have consistently gotten more entertaining each time. Brendon sometimes tells short anecdotes about the songs before performing them which is a nice touch. The last time I saw them was on their Summer Tour with Weezer, and they put Weezer to shame. For a band that has been around as long as Weezer, I expected a lot more. I think it was a mistake putting Panic! first because their show was simply too good to follow up. Panic! is just so quirky that it's hard not to fall in love with them. In addition to the band, they also had a horn section that would come out and play at times and really gave certain songs a little something extra.

Plus, Brendon did back flips.

It might be hard to imagine that two guys on a huge stage can actually entertain thousands of people at a time, but they did it. And it was awesome. Until this concert, I thought bands were limited to using only the stage. I was so wrong. Tyler hopped into a hamster ball at one time and walked on the crowd, they both had a drum off while playing on the crowd, and they moved from the stage to a smaller stage toward the back of the pit several times. This movement really helped me, a person who was seated all the way in the back, still feel involved in the concert. Their light show and graphics were crazy, too. They really helped bring the songs to life in a way I had never expected. I also really appreciated how Tyler gave little inspirational speeches in between songs.

Plus, Tyler and Josh both did back flips.

This should really be no surprise considering it's no secret that I love them. When people ask me why I love them, I always answer it's because they are amazing live. Watch any YouTube video of them in a concert from the 1990's to 2016 and you will notice that they really prioritize getting the crowd involved in the show. When I saw them in April of 2015, two days before they were inducted into the Rock and Roll Hall of Fame at the House of Blues in Cleveland, I had never gotten so involved in a concert. I had always just watched and listened, but at Green Day's concert I was jumping around, cheering on the guy who was invited on stage to sing Longview, clapping for the dude who threw his fan artwork on stage, and I genuinely felt connected to Billie Joe, Tre, and Mike. It was like they weren't these world famous group, but just a few guys from Oakland. This performance didn't have any spectacular light show or animation, either. I don't think they really needed it. It would have been a distraction from their music. This concert was particularly unique because they actually opened up for themselves under their first band name, Sweet Children, and played with their original drummer, John Kiffmeyer. Once Sweet Children were done performing 11 songs, some of which that hadn't been played since the early 1990's, Green Day came out and played an additional 24 songs. It was a magical night.

Nicole Marie Nigro
Individual Creator
3741
c1.staticflickr.com
Where to start...... Let me start with the cliche that life throws us curveballs and what we do with it is what counts.