Here is my obligatory Top Ten games list for 2016. 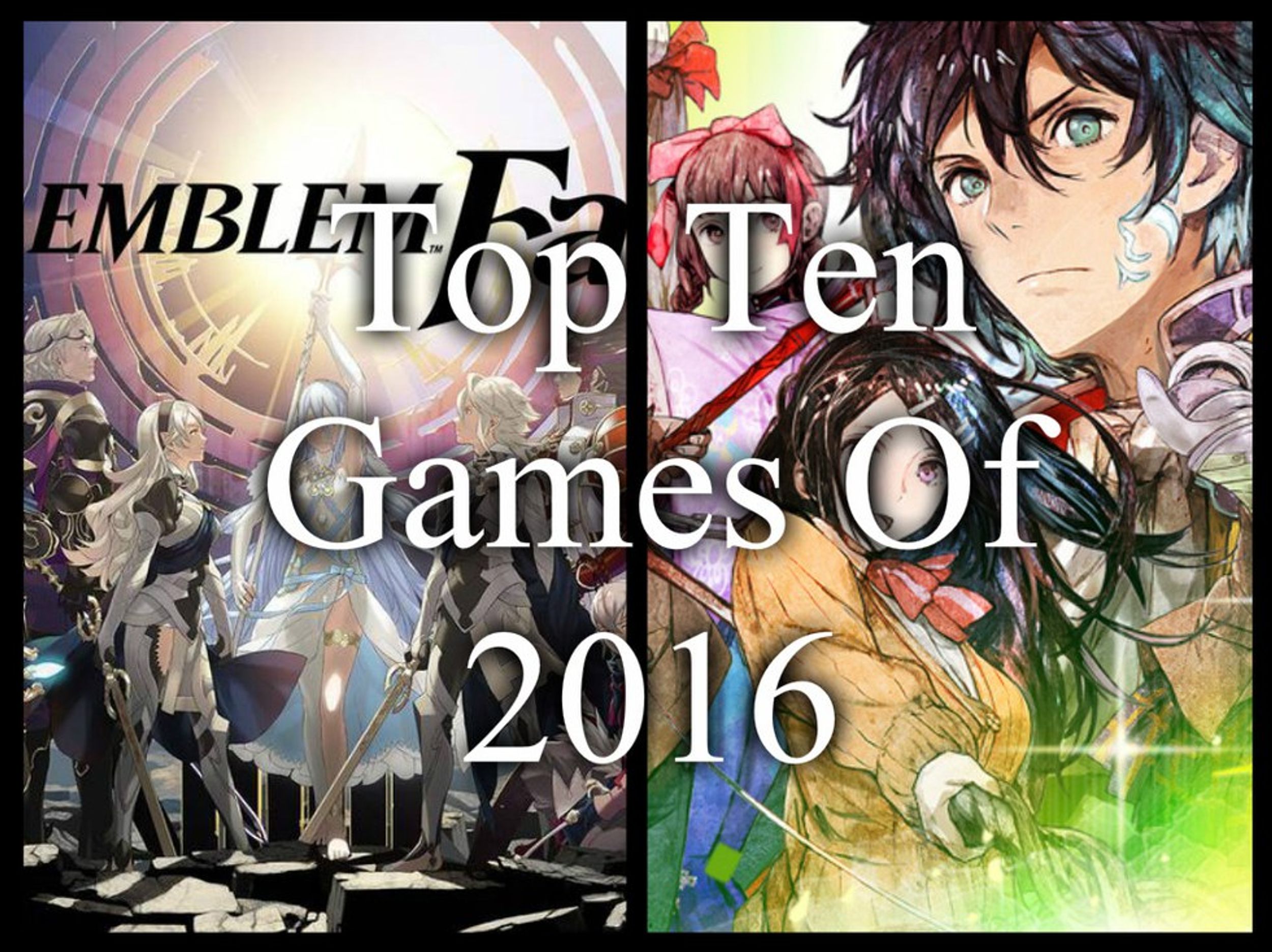 2016 was a pretty good year for games, despite how bad the year itself was. We got a lot of good games this year, and I’ll admit, a lot of the ones on my list are 3DS games. It’s the platform I play the most on and, obviously, I’m going to be putting games on the list that I’ve actually played. Sadly, I didn’t play a lot of the games that were released this year, as I was going back and playing a lot of games that have been out for a while, such as Borderlands. It’s subjective, as is every top ten ever, but these are my top ten games released in 2016. As a note: this is only counting for the North American release dates.

Okay, this might sound weird to put a style savvy game on this list, but hear me out. I used to want to be a fashion designer. As such, I played all the fashion games when I was a kid. The first Style Savvy was one of those. Since I’ve played the first two games, I felt that I owed it to myself to go back to my roots for the third game in the series. Honestly, it’s a lot better than its predecessors. The animation got a lot better, the clothes are better, they actually attempted to put a good story and even put a backstory into it. I won’t say that this is a fantastic game, but it is super enjoyable, which is what counts in the end.

Pokken Tournament is a unique Pokémon fighting game, for anyone who hasn’t heard of it. I didn’t get to play it too much when I first bought it after it’s release, but after I got the time to actually play it, I fell in love with it. It’s such a fun fighting game and it has many unique modes other than just the standard fights. Plus, they picked some pretty badass Pokémon to be in it.

Going into this, I had no idea what to expect. I have never been a fan of Digimon, I’ve never watched the anime, never played any of the games, but my boyfriend insisted that I play this game. He wanted to play it, but he also wanted to watch me play it too, since he knows he have never been into the series. I am so glad that he made me play. This game kind of went under the radar, as many people didn’t play it, or even heard of it, but I recommend any fan go out and play the game. It’s a good game for newbies, such as myself, too. The fact that I even put it on this list should say something, too!

I know this is kind of cheating, but the HD remake did release this year, so I’m counting it. I initially bought this game for a boyfriend as a birthday present. I got him one of the ones with a wolf Link amiibo in it. He was super happy and started playing it immediately. Eventually, I started to play it too. I’m still new to the Legend of Zelda series, but I had played a couple of the other games. I’m just more of a casual fan than anything else, so I had not previously played Twilight Princess before the HD remake came out. I really wish I did. Every time I play it, I regret not getting into the series sooner. It’s that good.

If you’re a big fan of Final Fantasy, play this game. Seriously, it’s so much fun. Not only does it introduce some new, pretty likable, characters, but it contains a large portion of the casts from many of the other games in chibi versions. It’s super adorable. It’s also a super long game with a lot of content.

I was a huge fan of Project X Zone, so the fact that the North American release for the sequel was the day before my birthday made it seem like fate. PXZ is extremely fun, and takes many different characters from many different games across multiple game companies and puts them together in what is essentially a giant fanfiction. You have characters like Zero from Megaman fighting alongside Jill from Resident Evil. One of my favorites is Dante from Devil May Cry. In the first game, Lady was also featured, but for this one they instead of Virgil. I’ve also learned about other game series and characters because of this game, which I greatly appreciate.

This is an obvious one. Pokémon S&M (haha) is extremely fun, and one of the most different games in the Pokémon series. While they kept the same concepts, they added in a lot of different things and changed stuff up, which is greatly appreciated. There was nothing wrong with any of the other games, they were just mostly the same thing over and over. This felt both similar and completely different compared to the other games and it is fantastic. Oh, and yes, I did pick Moon.

Yokai-Watch 2 has been out for a while in Japan, but the series only recently started coming to North America. Oh boy, am I glad it is. Yokai-Watch is a series that people complain is a “Pokémon clone,” but it offers a different experience than Pokémon does. It focuses a lot more on the story, the combat is completely different, and Pokémon doesn’t have Jibanyan. I bought both Bony Spirits and Fleshy Souls the day they released, but I prefer Bony than Fleshy, personally.

This game did not deserve to be as good as it is. TMS is a shin megami tensei game featuring Fire Emblem characters. It sounds fantastic in theory, but when the trailers rolled in, we learned it was a game about pop idols. I was so pissed about it, but played it anyways out of pure curiosity. It was surprisingly a lot of fun. Like, a LOT of fun. It was clever, the story was well thought out, the combat was fun, Chrom and Tharja were in it, Tsubasa is the cutest thing ever, the songs were great, and did I mention Chrom was in it? Go play Tokyo Mirage Sessions #FE ASAP.

As I said, this list is quite subjective, so tell me what you guys would put in your own top ten list! No one will have the same list this year, which makes sense. There were so many good games this year, so go and look at all the lists in order to find the best of the best games to play if you haven’t played them already.
Report this Content
This article has not been reviewed by Odyssey HQ and solely reflects the ideas and opinions of the creator.