Why I'm Still Not Impressed With SeaWorld
Odyssey

Why I'm Still Not Impressed With SeaWorld

It's too little, too late. 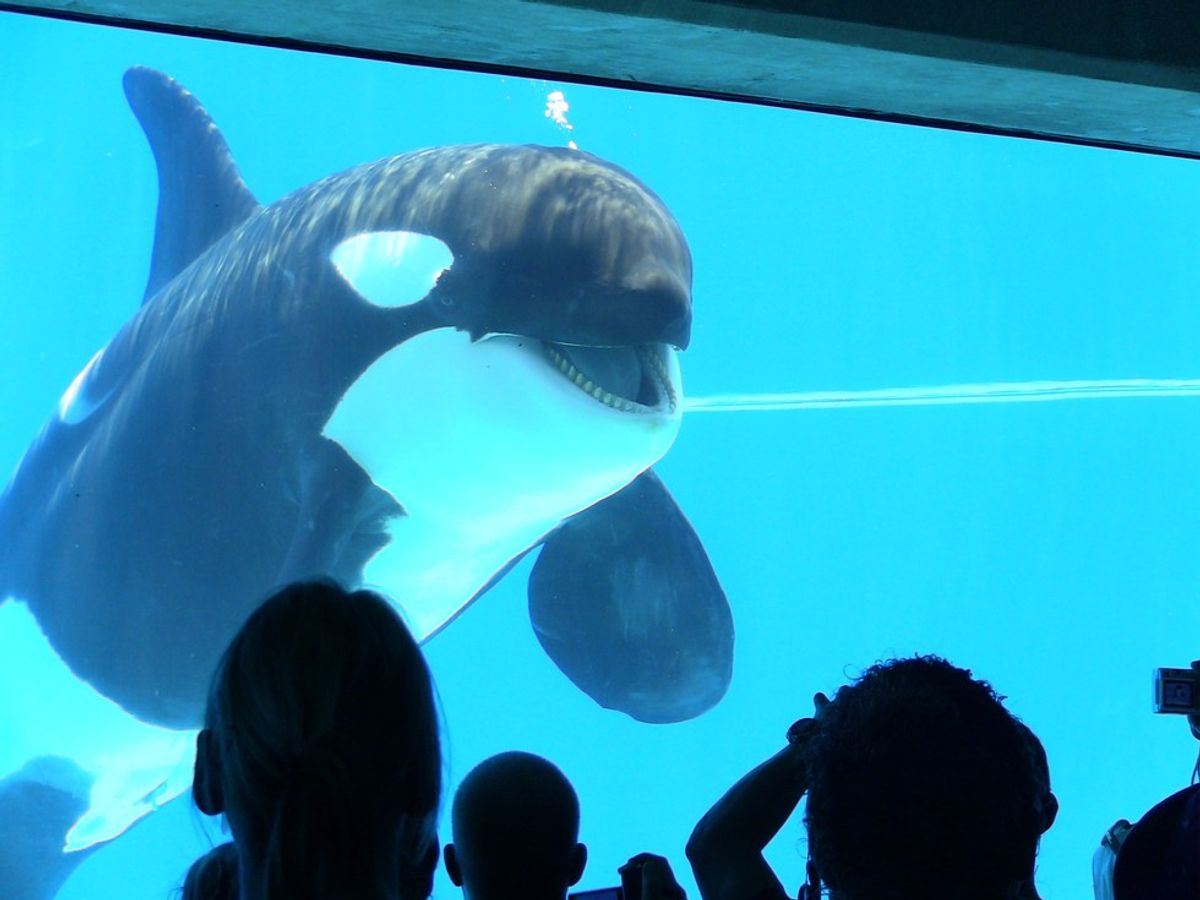 Anyone who knows me can tell you that I'm utterly obsessed with whales, specifically orcas. I watched "Free Willy" several times a week, and dressed up as an orca whale for my first grade talent show. The first website I ever visited was about orca whales. I remember going to SeaWorld around that time and watching a show in Shamu Stadium, but I don't think we hung around for very long. If I recall correctly, I was unimpressed because SeaWorld lacked the amount of rides that Universal Studios and Disney World had.

Like the rest of the USA, I watched "Blackfish" and it reignited my love for orcas. Sure, it's not a perfect documentary; it is clearly biased against SeaWorld, and the only pro-captivity cast member (Mark Simmons) barely got any screen time. I did my own research on these whales to corroborate that their lives in the wild are very different from their lives in captivity. I have no doubt that the animal trainers do their very best for their charges, but at the top of the organization, the bottom line is money. Initially, my reaction to SeaWorld's announcement that they are ending their orca program was elation. Then I took a moment to really think about it, and now I'm less than impressed with their assurances that they "heard" me.

First and foremost, marine mammal experts were working toward an end of orca display programs all over the country before "Free Willy" stole hearts and led to the release of its star, Keiko. While Keiko's release was imperfect, experts had noticed a significant improvement in his overall health and demeanor when he was moved out of Reino Aventura (a small entertainment park in Mexico) and into the hands of professionals. He performed very well in his ocean pen, but the goal was not to keep him there forever. Scientists truly believed they could find Keiko's pod. Keiko had other plans, and ran away while he was being "walked" in the open ocean. He was spotted with wild orcas, but never did find his home. He later died of pneumonia. SeaWorld liked to call this "unsuccessful" in order to feather their argument for continued captivity of their orca stock. However, there are too many factors at play to call this unsuccessful; Keiko was ailing when he was flown to North America to rehabilitate, suffering from severe sunburns and skin lesions. His outlook had he remained in Reino Aventura was not good. Who's to say he wouldn't have died sooner if he hadn't been released?

Obviously, you can't just set whales free like Jesse did in "Free Willy." That's irresponsible. However, scientists have learned from their mistakes with Keiko and believe that rehabilitation and a transition to ocean pens would be good options for captive whales. The whales will still be dependent on human interaction, but they will be in a natural environment many times larger than the tanks at SeaWorld. They will also be cared for by experts, rather than well-meaning trainers. If SeaWorld partnered with these scientists, they could see a return on investment by repairing their image. More people will go to SeaWorld parks if they can trust SeaWorld to do the right thing. Their attendance has already improved since their big announcement.

Think about it: SeaWorld has been resisting release of captive orca whales for at least 20 years before "Blackfish," and spent the following two years denying that their whales weren't sick or aggressive, and continued to assert that their training program was just fine and dandy. They have paid members of congress to fight any changes to legislation which allows permits for public display of orcas, dolphins, walrus, and other marine mammal species. They have argued against the scientific research which proves that wild whales live longer and have a better quality of life in comparison to captive whales. They do in-house necropsies and don't release records of what caused a captive animal's death to the public. They insist that their program is still relevant because people can't afford to go whale watching, when in reality a trip to a SeaWorld park costs almost as much as a whale watching tour. They don't pay their trainers a decent wage, even though the trainers put their necks on the line every day (you can find a comprehensive list of documented orca attacks on humans here). They have been less than interested in anything other than the bottom line: the almighty dollar.

So they're putting an end to their shows and ending their breeding program. That's fantastic, but it's not enough. SeaWorld is still going to make money from public display. The whales will continue to get antibiotic-resistant infections like the one Tilikum (the subject of "Blackfish") has right now. Since captive whales' immune systems are compromised by constant antibiotic intake, they will die before their wild counterparts who may already be 20+ years older than they are. Without the shows the whales will lose some external stimuli, which could lead to increased aggression toward other animals and trainers. They're going to suffer just as much as they did before.

But until the last orca dies, SeaWorld will still be making money.

Too little, too late.