To The Students Of The Parkland Shooting

To The Students Of The Parkland Shooting

You are not alone in this fight. 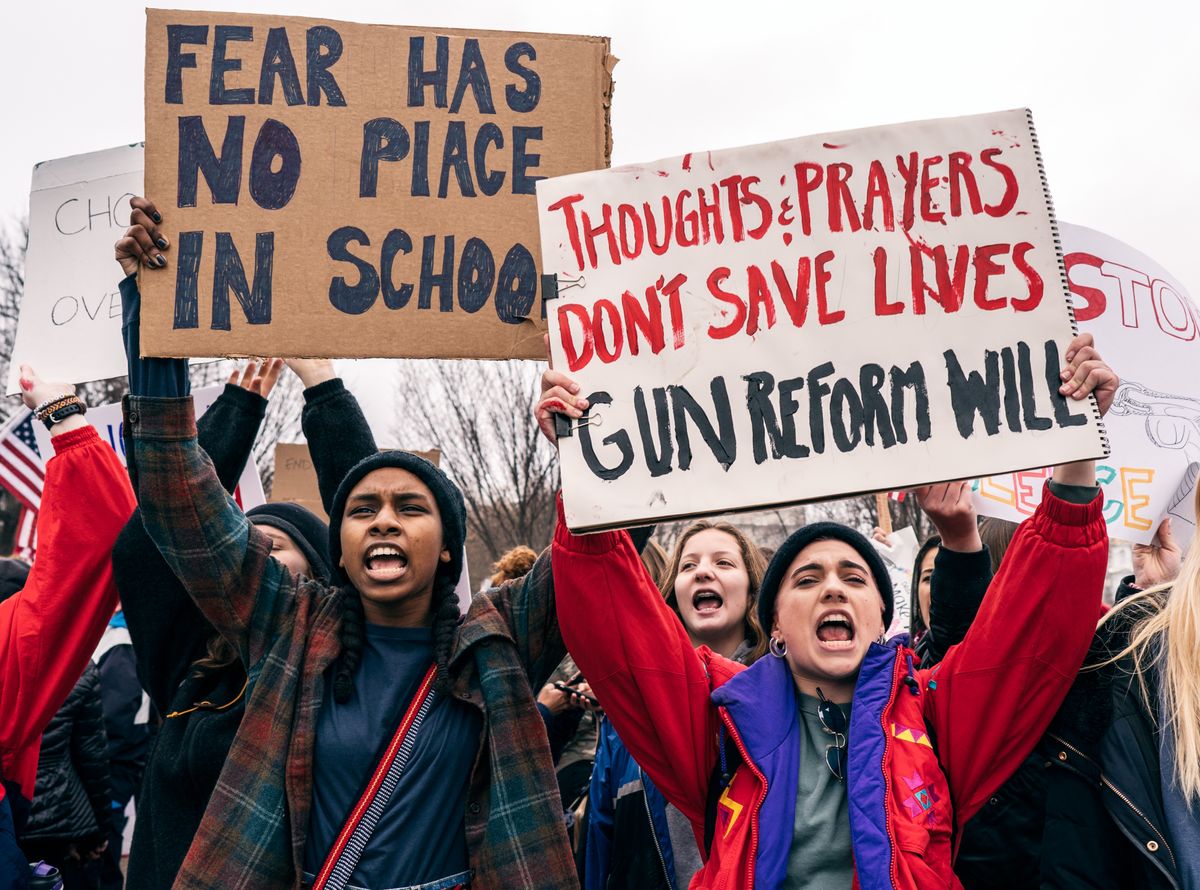 Let me start off by apologizing.

I want to apologize for the lack of compassion from our congressmen who have chosen and continue to choose to take bribes from the NRA instead of protecting your lives. They watch tragedy after tragedy happen, and have the power to change it, but choose to do nothing out of fear of losing funding or popularity. They did not respect previous victims of mass shootings, and will continue to disrespect you and your classmates.

I want to apologize for the leaders who claim you are "exploit[ing] tragedy for political gain", but are simply in shock because of the backlash their organizations have been receiving. It disgusts me to see how they attempt to diminish the sadness you are feeling.

I want to apologize for those who are trying to turn your tragedy into a conspiracy theory. These people are just downright rude and abhorrent; how could you try and turn a mass shooting into a spooky ghost story to tell at a sleepover?

Next, I want to thank you.

I want to thank you for your activism. I, along with thousands of other students, plan on attending the "March For Our Lives" on March 24, and will be proud to walk alongside each and every one of you.

I want to thank you for continuing to remain strong even in the face of tragedy. What you are doing will impact this country for years to come, and I am so sorry that you had to to suffer such devastating losses.

Lastly, I want to let you know that you are not alone in this fight for justice.

Your strength and your determination to make this world a better place has inspired so many people. Many schools, mine included are proposing a walkout. Already, teachers have gone on strike until more stringent gun laws are put in place.

Even in my own hometown, there are walkouts.

My close friend, Ciara Kelly, is organizing a walkout in Rutherford High School. On March 14, at 10:00 AM, all of RHS is walking out of school in memoriam for your peers and to protest gun violence.

When asked about why she is joining in the protests, she said:

"I am walking out to defend the lives of the students of America, my sister in eighth grade, teachers, and my own life.

Many may say that it is not that serious, but to me it is. Every person can recall a time they have said, 'that could never happen to me.' But what happens when it does? Who can you blame?

I cannot and will not allow another child, teacher, human being become a victim of gun violence and neither will schools across the country in which brave students and teachers ban together to show that in a dark time, change can blow the clouds away for a ray of hope.

I also will not permit my own life to be seen as less than that of the check that state legislators and other politicians receive from the NRA.

The students of America deserve more and if after the tragedy that has occurred adults in government cannot see that there is a clear need for change then I will walk out of my school hand in hand with my classmates, teachers, and administration to protest gun violence and memorialize the 17 victims of the Parkland High School shooting.

It is time to take the matters of my life into my own hands. I come to school to learn and have a bright future, not fear that a gunman will walk through the doors and kill me or my classmates. I will live by, 'That could never happen to me, because I did something about it.'"

She is not the only one. These walkouts are occurring everywhere, in schools across the country.

Never again, will you be alone. We are all standing with you in some form or another.

Thank you. This is because you persisted.

Madison Franz
The Narrative
1116795
Photo by Brooke Cagle on Unsplash

Madison Franz
The Narrative
653988
Photo by Manny Moreno on Unsplash