An Open Letter To The Stanford Rape Victim
Odyssey

An Open Letter To The Stanford Rape Victim

Because of you, we just got somewhere. 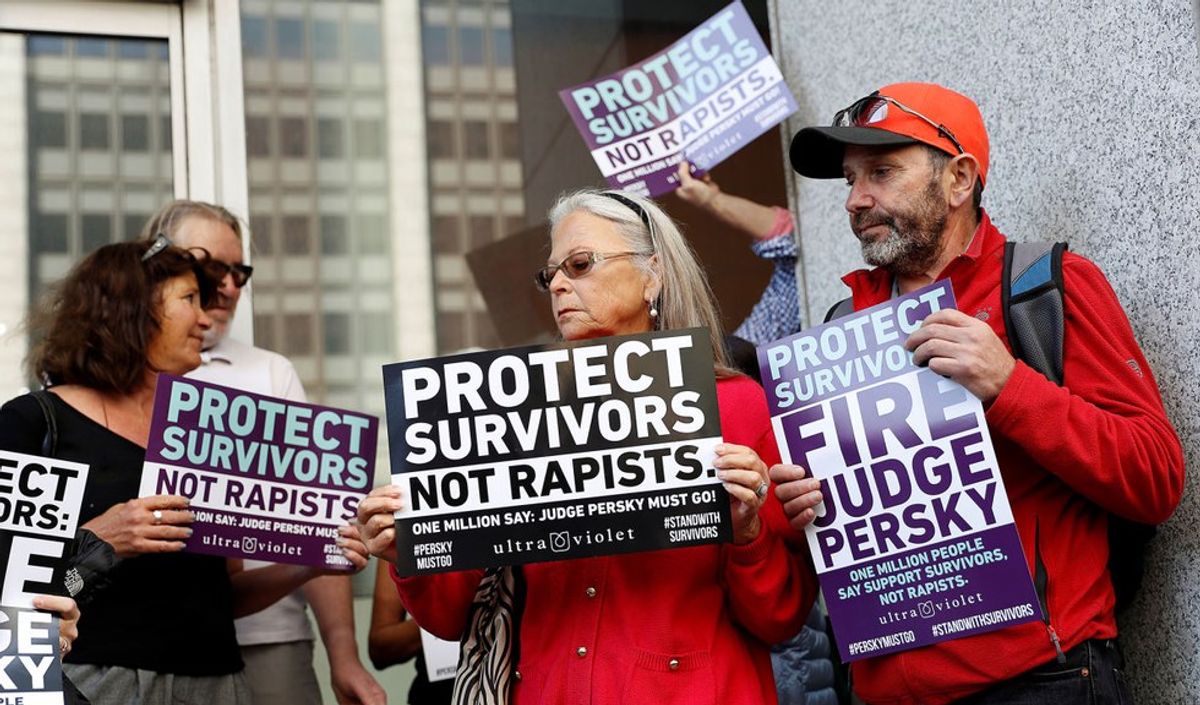 "One night in January 2015, two Stanford University graduate students biking across campus spotted a freshman thrusting his body on top of an unconscious, half-naked woman behind a dumpster. This March, a California jury found the former student, 20-year-old Brock Allen Turner, guilty of three counts of sexual assault. Turner faced a maximum of 14 years in state prison. A few months ago, he was sentenced to six months in county jail and probation. The judge said he feared a longer sentence would have a “severe impact” on Turner, a champion swimmer who once aspired to compete in the Olympics—a point repeatedly brought up during the trial." Writes Buzzfeed News.

Brock's victim, who currently remains anonymous, addressed him directly in court. She talked about what had happened, what she went through to report her sexual assault, and the severe impact his actions had on her. She submitted the letter to Buzzfeed and it went viral. You can read it in full here. The letter is so powerful and an amazing read. It is so important.

First of all, I hate the word victim. Maybe because it implies weakness and lack of power. But you, you are strong and powerful.

But most importantly, I am writing to tell you that you are a hero. And you didn't need a face, name, or label to be one. You stood up, even with your legs shaking, and told your story. You told it for yourself, for your loved ones, you told it for justice. Your words have touched so many lives, including mine.

Thank you, for going through unimaginable pain to get to this point. Thank you, for having the courage to get up there and face your attacker. Thank you, for giving women a voice. For showing us that we can't be silenced. I send you so much love and light, and I send you gratitude. You have made a huge impact on me, and I am 1,000% positive that I am not the only one.

You sparked a national outrage and shined a light on the horror of campus sexual assault and what the victims go through. You are absolutely amazing.

But lastly, this case gives me hope. This case caused outrage everywhere. Finally, a rape case that America is angry about. I don't know why this case changed the conversation. Maybe because the facts are so appalling, maybe because the woman's voice was so powerful that finally we listened.

The victim concluded her letter with:

“I hope that by speaking today, you absorbed a small amount of light, a small knowing that you can’t be silenced, a small satisfaction that justice was served, a small assurance that we are getting somewhere.”

I do believe that we just got somewhere.