To The Person I Pushed Away

The letter that's probably been a long time coming - but you were the trigger to write it. 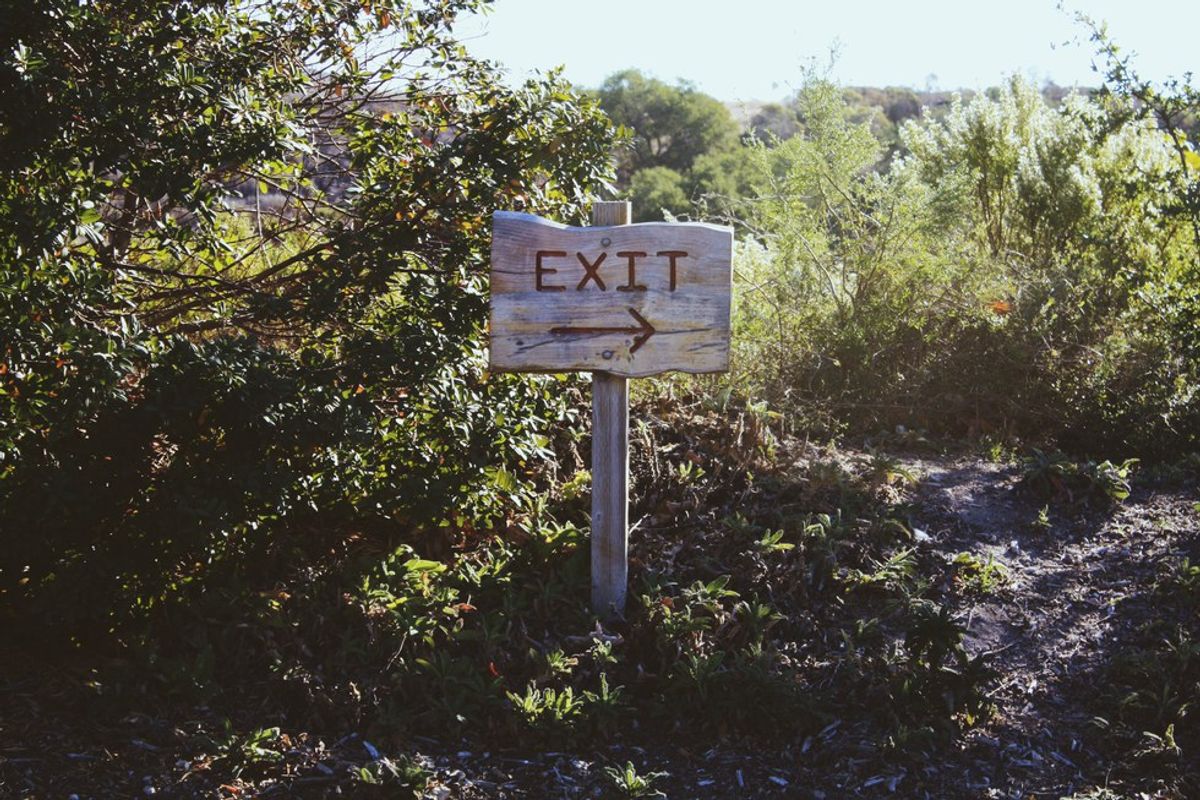 "You're getting too close."

That's the excuse I gave, isn't it? Something along the lines of: "I shouldn't have told you that," or "Sorry, I'm a trainwreck." It was probably the day after a deep conversation, a conversation where we both showed some of our souls, and now I'm being quiet and you don't know why and that's my distant attempt at an explanation.

You want to know the real reason I pushed you away?

Yep. The girl who says she isn't scared of anything. Who wants nothing more than to connect with people. Who lives for stories.

I got scared of you knowing too many chapters of mine.

Because I love connecting with people. I listen to them, I empathize with them, and I (try to, at least) help them. I live for them. I write for them.

But I'm a writer who seems to want to tell every story except for her own.

It's probably some deep identity crisis I have to come to terms with. That I'm not just a combination of the characters I create. That just because I have all these stories inside of me doesn't make mine any less important to write - and write well.

Maybe one day I'll figure that out. Maybe one day I won’t stay awake the night after a deep conversation and wonder if I said all the right things, or if I should have let you talk more, or if you think differently of me now, or if, if, if…

And I hope one day you get to hear those – these stories that I’m starting to realize aren’t any less significant because they’re mine, or because they aren’t fiction, or because the final ending hasn’t been written yet. I hope you become a part of more of them, instead of just being in a few of them. I hope you want to hear them. And then hear more the next day. And the next.

You were the trigger. The title of this should probably be “To the People I Pushed Away,” or “To the God I Pushed Away,” or something of the sort. Because there is no doubt that I have distanced myself from too many people, and from my heavenly Father, too many times. But God is someone I find it easier to go back to and admit I was wrong (with my tail between my legs, of course). The other people I pushed away… Well, either I wasn’t wrong (or I’m too stubborn to admit it), or I felt somehow better when they said their goodbye. I’m not saying those people weren’t vital to my life. I’m just saying there was something that stopped me from the realization that pushing people away isn’t healthy. That if I really want to say I live for people, I have to be able to give people every part of my life – not just the parts I think they want to hear.

I hope you know I regret it. I still think of things I want to tell you. I still try to catch your eye with the intention that maybe this time I'll smile rather than look away. I still look for "good" reasons to shoot you a message (moment of truth – I didn't just happen to hear that song, it's been on repeat for days).

I still hope you'll stop me one day instead of just walking by and tell me to quit being stupid, that this is a once-in-a-lifetime relationship, that second chances can be given to me and not just by me, that I need people as much as I want people to need me.

I needed you. And I didn't want to admit it.

Thank you for being my trigger. Thank you for your help – even if you didn’t know until now that you’ve given it (in the high hopes that you come across this letter with the rest of the internet).

Thanks for getting “too close.”

Nicole Marie Nigro
Individual Creator
8145
c1.staticflickr.com
Where to start...... Let me start with the cliche that life throws us curveballs and what we do with it is what counts.