To The People Upset About Finding Dory's Gay Couple
Odyssey

To The People Upset About Finding Dory's Gay Couple 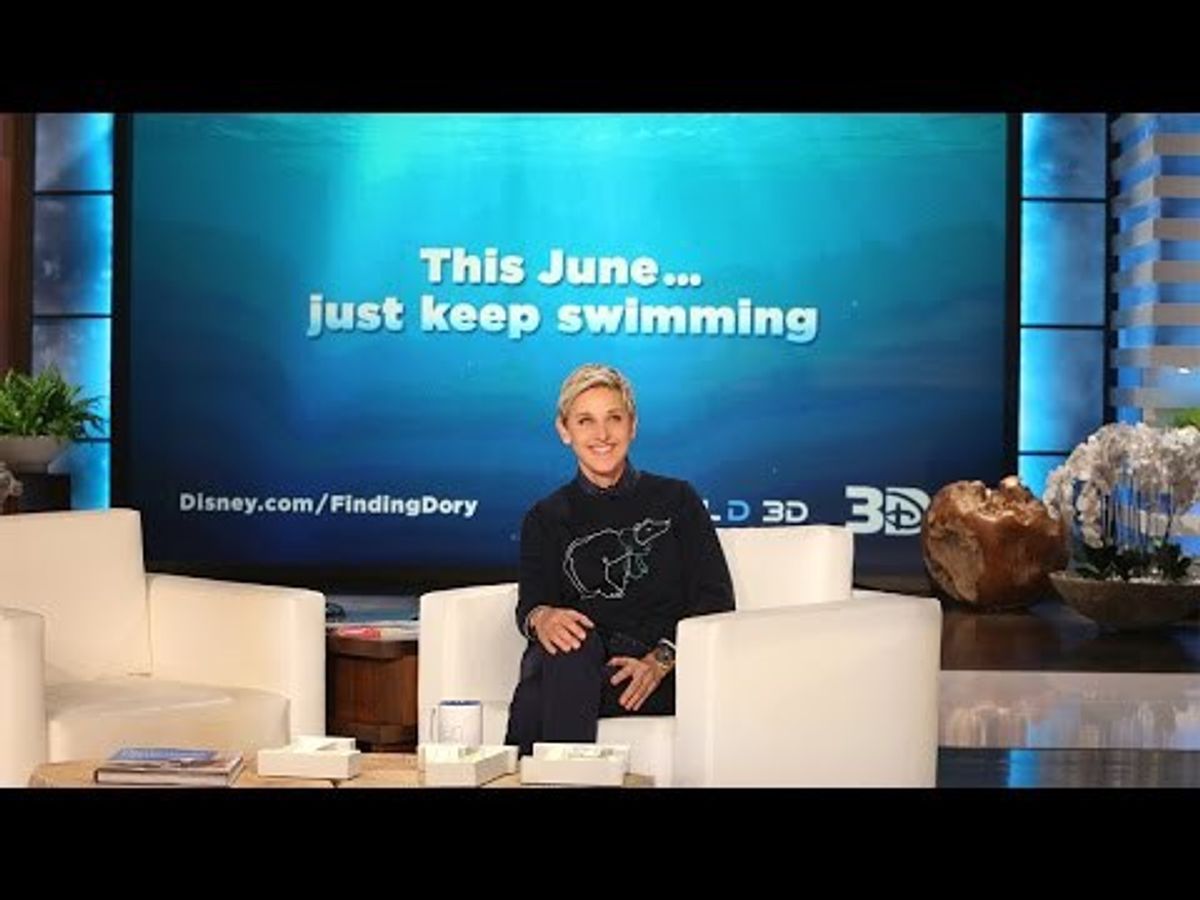 You are the mastermind behind the world being such a “bad place,” not the movie. If you don’t want your children to be exposed to this, you are setting them up for a life full of judgment, close-mindedness and incapacity to make true friends.

I realize there are religious practices and beliefs that are totally against gays and transgender people, but don’t blindfold your kids to the different types of love, people and choices that make up our Earth. We all walk on the same ground.

I am by no means gay; I am straighter than straight could be. But, after going away to college and opening my eyes a little bit, I have realized that most gay people are actually harmless and would do just about anything for anyone. They are not pedophiles, they do not want to hurt you, they are not trying to brainwash you into becoming gay (newsflash; most are born that way) and they sure as hell are not judging you for being straight.

In case you have lived under a rock for the past twenty years, let me fill you in on what this movie is trying to do. First of all, the main character, Dory, is voiced over by Ellen DeGeneres. I don’t know if you are aware, but Ellen is a lesbian. She has not let her sexual preference and the negative opinions and beliefs of society stop her from changing the world. She is not just gay; she is proud, successful, selfless, loved, intelligent, hilarious and world-renowned. She has written books, has a show that people worship and watch every day of the week, she has been in movies, given away billions of dollars of her fortune and she speaks openly about her love life. All of which I think is awesome. It makes her happy, so she should talk about it.

What if one day your child makes a friend who has two mommies and wants to go over to their house to play? Are you going to be that parent who stops them and doesn’t tell them why? All of their other friends will be allowed to go play. They won’t grow up thinking that being gay is so wrong and disgusting like your children. They will make friends based on their personalities and character- not their sexual preferences.

So, don’t take your kids to that movie if that is what will help you sleep at night. Let them be completely speechless when they see two men holding hands in public and are filled with a thousand questions at once. Let them be that bully on the playground who makes fun of the girl who dresses like a boy. Let them laugh and point at the man wearing a dress in a store. You are the parent. You are the one who sheltered them, so you are the one who is going to be slapped in the face by humanity and the people who have already accepted the hundreds of types of people in this world. Don’t expose them to the beauty of freedom of choice and the uncountable amounts of positivity that Ellen DeGeneres brings to this world. They will hopefully learn to be open minded on their own, because it doesn’t look like you will be an influence.

Enjoy your popcorn and don’t choke on it when you see the gay couple.